P2P loans are an alternative to banks

NEW TECHNOLOGIES and the internet bring new alternatives to the financial sector. One is collective lending, also known as peer-to-peer (P2P) lending, which is now making its way into Slovakia. The Finance Ministry, however, warns that collective lending in Slovakia remains outside the supervision of the National Bank of Slovakia (NBS). 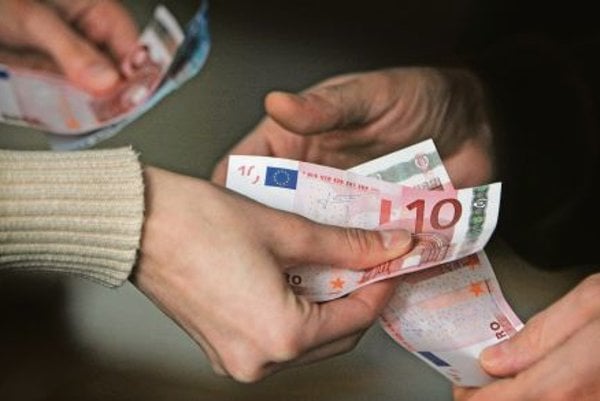 NEW TECHNOLOGIES and the internet bring new alternatives to the financial sector. One is collective lending, also known as peer-to-peer (P2P) lending, which is now making its way into Slovakia. The Finance Ministry, however, warns that collective lending in Slovakia remains outside the supervision of the National Bank of Slovakia (NBS).

The first leading peer-to-peer lending service, Zopa, was launched in the United Kingdom in 2005, but the world leader is the US Lending Club, founded in 2007. In Slovakia’s neighbours there are already several such sites, like Kokos in Poland or Bankerat in the Czech Republic. After an unsuccessful attempt by Eurokontraktor in 2007, Žltý Melón launched its operation as the first online peer-to-peer lending intermediary company in Slovakia in 2012.

Collective lending is a significant alternative to established forms of functioning of financial markets, Svetlana Krulj from Žltý Melón told The Slovak Spectator.

“Abroad, where P2P loans have existed for a longer period of time, these trends are being confirmed,” said Krulj. “Banks certainly have their place in the economic operation of countries, but their monopoly in almost all financial activity is given rather by historical development than by the fact that things cannot be done directly, in simpler and more effective ways.”

Peer-to-peer lending bypasses banks and thus both borrowers and savers do not pay charges to banks, but fees to the intermediary company. Under such schemes savers, or investors, can lend their money and earn higher interest on their savings than when keeping it in a bank account. Borrowers looking for a loan can get a better rate than they can from the banks.

The scheme works in a way that the person eager to get a loan registers at the website of an intermediary company and creates an auction for a loan. Investors then can decide to whom they will lend money and what the interest rate would be, Žltý Melón writes on its web page.

From the viewpoint of investors, this scheme is also a chance for small investors to invest directly into loans, something only open to large companies in the past. Krulj added that this is a supplement to other types of investments, for example, investments in mutual funds.

From the perspective of people who need to borrow money, P2P loans offer a better alternative of obtaining money than most financial institutions and banks, said Krulj. Interest rates in Žltý Melón start at 6.9 percent while in some cases they may be even lower, she said, pointing to one such loan with an interest rate of 4.6 percent.

Collective lending, as this activity is known, does not involve direct provision of loans and is not subject to bank supervision in Slovakia, but Žltý Melón officials say they would welcome oversight from the market.

“We held several discussions with the National Bank of Slovakia about this topic, both during the preparation of the project as well as after the launch of collective lending in Slovakia,” said Krulj. “We ourselves would welcome an institution like the National Bank of Slovakia supervising this activity, which would increase the credibility of this branch in Slovakia.”

Krulj noted that the company’s activity is subject to several regulations of the European Union and Slovak laws, like the Act on Consumer Protection, the Civil Code, the Commercial Code and others. She added that the terms of loans provided via Žltý Melón are transparent, do not contain any supplementary costs and do not change over the life of the loan.

The Finance Ministry, along with the NBS, recommends that the general public pay greater attention to the risks involved with investing money in collective lending schemes, Finance Ministry spokeswoman Alexandra Gogová told The Slovak Spectator. She added that the way companies operating internet loan auctions deal with investors’ money and with debt instalments of the debtor is not subject to the supervision of the NBS.

For the time being, the Finance Ministry has prepared several measures to secure higher protection of clients on the financial market. Slovakia has had negative experiences with Ponzi-scheme companies as well as unlicensed lending firms offering loans at excessively high interest rates.

“We believe that this will help to purge the market of personal loans and make it more standardised,” said Krulj. “On the other hand, we perceive that P2P loans are not in the viewfinder of organisers of the Slovak financial market, as it is, for example in Great Britain. Here even the government distributes state funds via the systems of collective loans.”

Žltý Melón offers loans between €500 and €10,000 with payment periods of one, two or three years. The lowest sum an investor can invest in one auction is €25, while the highest is €250, its website reads.

The current average loan is about €2,500. The total average interest rate is at 15 percent, but more creditworthy applicants take loans on average at a level between 7 and 10 percent, according to Krulj.

Žltý Melón has been operating in Slovakia for nearly 18 months and Krulj believes that the scheme has been shown to work successfully in the Slovak market.

“The share of unpaid loans is for us even lower than in the case of consumer loans in banks,” said Krulj. “We guard consistently that loans are provided only to people who are able to pay them back.”

Krulj noted that elsewhere several banks have also joined the scheme of collective lending and that others plan to do so. In the US some banks invest their clients’ money in P2P loans or do not lend money to their clients directly but rather via a working scheme of chosen P2P loan providers.