SHORTLY after his video portrait exhibition in the Slovak National Gallery (SNG) wraps up, US theatre director and choreographer Robert Wilson will come to Bratislava to give a lecture on April 6. 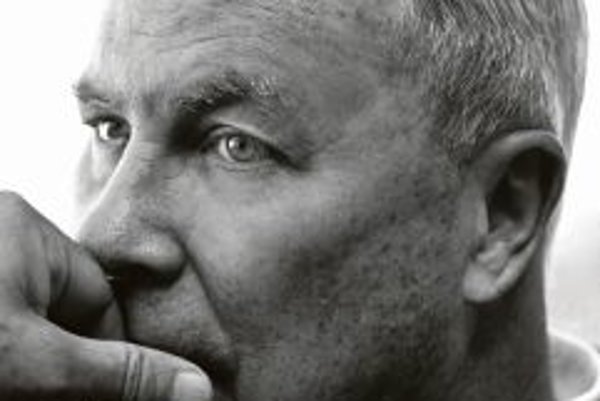 SHORTLY after his video portrait exhibition in the Slovak National Gallery (SNG) wraps up, US theatre director and choreographer Robert Wilson will come to Bratislava to give a lecture on April 6.

The unique April event is called ‘1. Have You Been There? 2. No, This Is the First Time’, and as the SNG exhibition’s curator Noah Khoshbin explained, there is no strict script for it: Wilson is only preparing a framework, but the actual outcome depends to a large extent on the audience’s participation.

Wilson, a Texas-born artist who abandoned his architecture studies to focus on dance and body theatre and create his own studio, gradually influenced the international avant-garde, and eventually even conquered the world of show business. His famous opera Einstein on the Beach is perceived as a breakthrough in the genre.

The lecture, an intimate self-portrayal of his creative process, will be held in English - interpreted into Slovak - at the opera/ballet hall of the new building of the Slovak National Theatre (SND). Tickets cost €10 and can be purchased through 02/2047-2299 (298) or via www.navstevnik.sk. “It cannot be foreseen how long such an event lasts – it could be one hour or four hours – and how it evolves,” Jozef Pavleye of the organising agency Pavleye Art & Culture said.

Later this year Bratislavans will finally get a chance to experience Wilson’s theatrical drama. The play 1914, directed by Wilson at the National Theatre in Prague with SND and Budapest-based co-production, will premiere in Prague, and on October 28-30, it will travel to the SND. The play commemorates the 100th anniversary of the beginning of the First World War and is based on the famous anti-war novel The Good Soldier Švejk by Jaroslav Hašek, as well as the play The Last Days of Mankind: A Tragedy in Five Acts with Preamble and Epilogue, by Karl Kraus.

One of Slovakia’s contributions to 1914 is SND actor Ján Koleník. “I was intrigued by what made me interesting to Wilson,” Koleník said at a press conference. “And when I arrived to rehearsals, I realised that I am the tallest one. ‘You are so big’, he told me,” Koleník laughed.

The actor stressed that Wilson assembles his cast like a mosaic of different human archetypes, and that his working methods with the theatre staff are unique and perfectionist. For example, the actors are baffled when, after a detailed rehearsal, Wilson tells them, “now show what is inside you and improvise”.

Koleník specified that he is the only Slovak in the 12-person acting team. He added that his character speaks Slovak and Czech, and the Hungarian’s speaks Hungarian, but there is also a lot of text in English.