Parties gear up for EP vote

THIS YEAR spring is campaign season in Slovakia as voters will jump from campaign to campaign. As the presidential election wraps up some 29 parties will field candidates for the European Parliament, with public interest likely to lag. 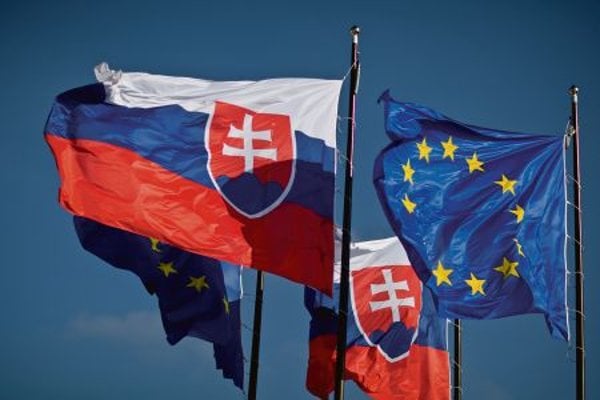 Slovakia has among the lowest turnouts. (Source: SME)
Font size:A-|A+

THIS YEAR spring is campaign season in Slovakia as voters will jump from campaign to campaign. As the presidential election wraps up some 29 parties will field candidates for the European Parliament, with public interest likely to lag.

Slovaks will elect their members of the European Parliament, also known as MEPs, on May 24. Slovakia has 13 seats in the parliament, and that is also the number of candidates each party is able to run on its slate.

The higher the number of parties running their candidates, the higher the costs of the elections, observers have noted. For instance, the Central Election Commission must have one member per each of the running parties, and each of the 29 parties is also able to nominate their representatives for the election precinct commissions. These people are then paid by the state.

The slate has to be submitted together with a financial deposit of €1,659, which the parties who get at least 3 percent of the votes in the elections get refunded after the elections.

Many of Slovakia’s current MEPs are running for re-election again, for instance Smer’s MEP slate includes Monika Flašíková-Beňová as number two and Vladimír Maňka. The leader of the ruling party’s slate is Maroš Šefčovič, Slovakia’s representative in the European Commission.

The Slovak Democratic and Christian Union (SDKÚ) is led by MP Ivan Štefanec, followed by current MEP Eduard Kukan, while the Christian Democratic Movement (KDH) is betting on its current MEPs Anna Záborská and Miroslav Mikolášik. Most-Híd is running its Deputy Chairman Zsolt Simon as number one, followed by József Nagy and František Mikloško. The eurosceptic Freedom and Solidarity (SaS) is runnings its top members, Richard Sulík and Lucia Nicholsonová, but also Kálmán Petőcz, head of the Slovak Helsinki Committee.

EP elections are known more than other elections for featuring well-known names from outside politics.

For instance, Most-Híd is running former wrestler Jozef Lohyňa, while Ordinary People and Independent Personalities (OĽaNO) has the winner of the White Crow award, teacher Oto Žarnay, and Viera Dubačová, winner of the Crystal Wing award who runs a theatre company for the mentally challenged. Another noted personality, medical doctor Pavol Dubček, the son of Alexander Dubček, leads the joint candidate list of the Direct Democracy and the Christian People’s Party. Several former sportspeople appear on the slates, including former top football player Dušan Tittel running for the Slovak National Party (SNS), and controversial journalist Pavel Kapusta, now publisher and editor-in-chief of the Extra Plus magazine. Former hockey legend Jozef Golonka is the leader of the Party of Modern Slovakia (SMS) candidate list, which also features the name of former football player Ľubomír Luhový and pianist Richard Rikkon.

Observers blame politicians for ignoring the EP and its agenda, the public for not being aware of what goes on in Brussels, and the media for not paying enough attention to EU-related topics.

This time around, things are not expected to change for the better. The most recent opinion poll, carried out by the MVK polling agency between February 26 and March 4 this year, showed that only 20.2 percent of the public are resolved to go to the polls on May 24.

Another 39.6 percent of voters are considering whether or not to vote. Public awareness about the EP elections has been low so far, as the presidential election campaign has occupied all the attention.
Parties running candidates in the EP elections will now have a little less than two months to persuade voters to go to the polling stations again.

THE EUROPEAN Parliament is the only directly-elected EU institution, which was established to defend the interests of citizens in the decision-making in the EU. The first EU elections were held in 1979. Before that, national parliaments of the members states appointed members of the European Parliament (MEPs).

For Slovakia, this will be the third EP election since accession in 2004.

The list of parties registered by the Interior Ministry (in alphabetical order):