COMPANIES investing at least €200 million in Slovakia will no longer have to wait for the government to approve their request for state incentives as of May due to an amendment passed in parliament on March 25. The opposition, however, questions the transparency of the changes, as they were passed as part of another, unrelated law. It also suggests that the new rules are tailored for one specific company. 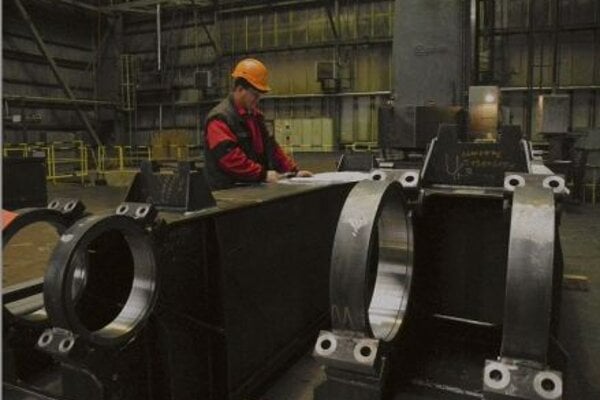 COMPANIES investing at least €200 million in Slovakia will no longer have to wait for the government to approve their request for state incentives as of May due to an amendment passed in parliament on March 25. The opposition, however, questions the transparency of the changes, as they were passed as part of another, unrelated law. It also suggests that the new rules are tailored for one specific company.

MPs passed the amendment to the investment aid law, submitted by Smer MP Maroš Kondrót, as part of changes to the consumer protection law. The ruling party says that the new measures will make the law clearer and simplify the process of seeking aid in the form of tax relief.

“We consider it a standard modification used also by other countries,” Economy Ministry spokesperson Stanislav Jurikovič told the Hospodárske Noviny daily, when referring to the changes.

Members of the New Majority (NOVA) party, however, criticised the amendment, calling it “an attachment to an absolutely unrelated law”. The ruling Smer party is non-transparently and silently introducing automatic tax relief for investors, said MP and former economy minister Juraj Miškov.

“The problem with this amendment is also that in the case of investments of €200 million and more, no other parameters are defined, like the number of jobs created or placement in the region with high unemployment,” Miškov added, as quoted by the SITA newswire.

He also points to the risk that under the new rules the state would not automatically have to publish the information about incentives provided on the internet, as it has to do under the current rules, SITA wrote.

Martin Vlachynský, analyst with the Institute for Economic and Social Studies (INESS), said that the frequency of the changes indicates that the cabinet, similarly to the previous ones, is trying to “tune up” investment stimuli. The problem, however, is that only a small group of investors will benefit from the incentives, at the expense of other taxpayers, he added.

“The stimuli have been used for nearly 15 years and still they have not managed to smooth the differences between regions, which is one of their declared objectives,” Vlachynský told The Slovak Spectator.

Members of NOVA also said on March 20 that if parliament passes the amendment, they will prepare their own proposal to require the state to inform the public about tax relief for investors. They plan to ask President Ivan Gašparovič not to sign the amendment into law, SITA wrote.

According to them, the government has tailored the amendment to suit one specific project: a multi-purpose complex called Metropolis, which is to be located between Petržalka and Jarovce, south of Bratislava, at a highway junction linking Hungary, the Czech Republic and Austria.

The investor, Cypriot firm Trigranit, will invest altogether €1.5 billion on the development and create 9,000 jobs. The first phase, which the government deemed an important investment in January, will be completed between 2014 and 2018 and is set to cost €223 million. Trigranit expects that at least 330 new jobs will be created by the end of 2018. It is estimated that the project will yield €10 million per year in taxes, the TASR newswire reported in January.

The investor originally planned to build a casino in the complex as well, which raised concern and opposition among some citizens and politicians, who feared it would attract more crime and prostitution to the country and increase the problem of gambling addiction. Trigranit later cut the casino from its construction plans.

According to MP Martin Chren, thanks to the changes to the investment aid rules, the company will silently receive tax relief of up to €50 million.

There is a real threat that if the Metropolis project changes and incorporates a casino, “dozens of millions of euros in revenue from gambling will not be taxed, unbeknownst to the public”, Chren added, as reported by SITA.

Kondrót denied the claim, saying that “I have not been talking with anybody about this issue and no one has lobbied for it”, as reported by the Sme daily.