WITH ever more people accessing the web via smartphones and other devices, mobile operators hope that new LTE (Long Term Evolution) technology will spark a mobile internet revolution in Slovakia. They cite LTE’s faster speed and decreased lag as improvements over current technologies. Market watchers confirm that speed matters and predict growth in mobile data traffic. 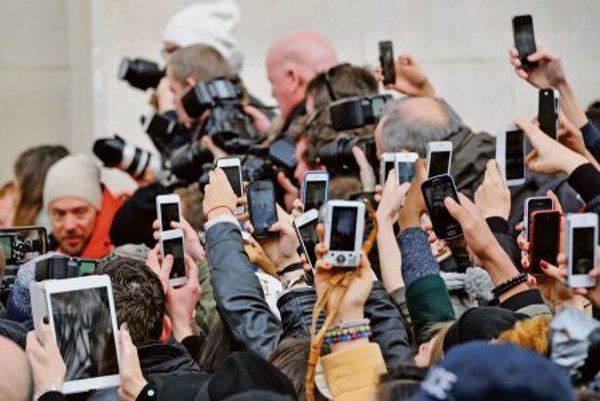 WITH ever more people accessing the web via smartphones and other devices, mobile operators hope that new LTE (Long Term Evolution) technology will spark a mobile internet revolution in Slovakia. They cite LTE’s faster speed and decreased lag as improvements over current technologies. Market watchers confirm that speed matters and predict growth in mobile data traffic.

“The most visible advantages from the end user perspective are the better transmission speed, i.e. higher bandwidth, and lower latency, which drive user experience much closer to the performance of the wireline connections we use when working from the office or home,” Vladimír Settey, system engineer, Cisco Slovakia, told The Slovak Spectator, adding that this connection is perceived as a benchmark for the quality of the connection. “These aspects bring mobility to a different level, as we can use internet to work, learn or have fun from anywhere.”

However, according to Settey, LTE brings significant advantages for mobile operators as well. These are simplified architecture of the mobile network while the efficient utilisation of the spectrum enables them to provide high speed services in more effective way.

Mobile operators emphasise the new technology’s higher speed, which is expected to be as fast as a fibre optic internet connection.

“The network of the fourth generation with LTE technology brings the fastest mobile internet of the current time,” Martina Jamrichová, spokesperson of Telefónica Slovakia, providing its services under the brand name O2, told The Slovak Spectator.

Alexandra Piskunová, spokesperson for Orange Slovensko, told The Slovak Spectator that changes brought by LTE technology bring the user’s experience very close to that of a domestic WiFi network.
“Of course, first generation LTE networks are not bringing any significant increase in speeds compared to the current 3G network,” said Piskunová.

Michal Korec, spokesperson for services and finance at Slovak Telekom, agrees, saying that higher download speeds will enable faster downloading of files and video streaming, while upload speeds for sending data are more than 10 times higher in real operation compared to the advanced 3G.

“Last but not least, LTE has also a lower lag, which is good news for players and services requiring lower latency,” Korec told The Slovak Spectator, adding that in real life more clients will be able to receive and especially send data concurrently at higher speeds.

Last year Slovakia held an auction to build and operate the 4G network. All three existing telecom operators Slovak Telekom, Orange Slovensko and Telefónica Slovakia, as well as a new mobile operation company, Swan, obtained licenses to build and operate their 4G networks. The auction brought in €164 million for the state. Swan, which has been operating on the Slovak market since 2000 and provides fixed as well as wireless services, only auctioned frequencies in the 1800 MHz band more suitable for a data services. It is already active on the mobile market as a branded reseller, offering mobile services provided by Telefónica Slovakia under the name Swan Mobile.

Based on license conditions, successful operators are expected to launch the commercial operation of an LTE network in the second half of 2014, while their 4G networks should be built to cover one quarter of the population by the end of 2015. Slovak Telekom and Telefónica Slovakia have already tested LTE technology.

Settey sees advantages and disadvantages with respect to the challenges LTE technology brings to both established operators and Swan.

“The existing operators have already established a brand, a customer base and broad experiences with the design and operation of mobile networks,” said Settey. “On the other hand, they will need to support GSM and UMTS technologies for quite a long period in parallel to LTE, hence they are not able to remove network complexity immediately.”

Newcomers or greenfield operators might be less experienced with mobile technologies, but they can avoid unnecessary technology layers and fully benefit from LTE’s advances, such as less complexity, which enables them to use only new leading-edge technologies to maximise the efficiency of the network operation, according to Settey.

“However, the main challenge for both parties remains the same – how to monetise the available bandwidth and avoid being just a transport provider,” said Settey. “In such a case the bandwidth becomes a commodity as end users are much more interested in applications and value added services. The resolution is to use intelligent and efficient technologies which can ensure flexibility and interoperability, and hence appropriate cost management. They can further enable the creation of a portfolio of new attractive services which can differentiate traffic to maximise the quality of the user experience.”

Popularity of mobile internet up in Slovakia

More and more Slovaks are connecting to the web via mobile phones and other devices. In 2013, more than 2.7 million users connected to broadband internet with their mobile phones or other devices. This is an increase from 1.82 million in 2012, based on data of the Regulatory Authority for Electronic Communications and Postal Services (RÚ).

Out of 2.7 million mobile internet users, about 381,500 used devices other than mobiles to connect to broadband internet. Almost 804,000 users subscribed to a data package separated from voice service, while another 759,000 users opted for a package of services which included voice as well as data, the authority informed. Other users in the above statistics accessed the mobile internet without any data package subscription and paid only on the basis of data consumed.

Accenture, a global management consulting, technology services and outsourcing company, surveyed nearly 31,000 consumers in 26 countries, including Slovakia, between November 2012 and January 2013 to understand what communications service providers must do to address their well-connected-consumers’ desire for immediacy and increased control of their digital communication and entertainment options.

One of the findings from its Mobile Web Watch 2013 revealed in summer 2013 that mobile internet connection speed was the most frequently cited factor among all consumers of top communications service providers. Ninety-seven percent of all respondents listed speed as important, with 78 percent saying there is room for improvement. In addition, nearly two-thirds (63 percent) of all respondents said they would pay additional monthly fees for mobile internet service that was 10 times faster than their current connection, indicating that providers’ investments in high-speed data networks, such as 4G, could reap benefits.

Cisco expects impressive mobile traffic growth in the CEE region. Mobile traffic will account for 21 percent of the overall traffic in 2018, a very significant increase from the current approximate 4 percent, and will reach approximately 870 Petabytes a month, which is the equivalent of 2.3 billion text message per second, said Settey. LTE traffic is expected to make up about 20 percent of overall mobile traffic by 2018.