CELEBRATED annually by the international theatre community on March 27 since 1961, this year’s edition of World Theatre Day (WTD) will see Slovak theatres participating in the initiative. 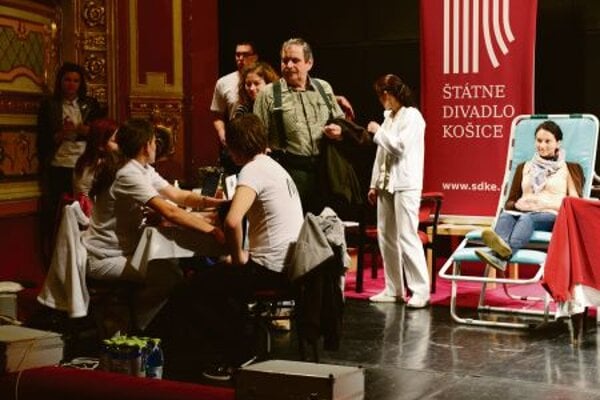 CELEBRATED annually by the international theatre community on March 27 since 1961, this year’s edition of World Theatre Day (WTD) will see Slovak theatres participating in the initiative.

Founded by the International Theatre Institute (ITI), each WTD features a message written by a global theatre personality and spread around the world. Jean Cocteau wrote the first one in 1962, and Czech playwright and politician Václav Havel was one of the authors of 1994’s message. South African dramatist, artist and director Brett Bailey will pen this year’s message.

On this WTD, the J.G. Tajovský Theatre in Zvolen marks the 140th anniversary of its patron and namesake, celebrating the work and life of the famous Slovak writer and dramatist, while the theatre itself celebrates its 65th birthday this year. The opening of an exhibition dedicated to the playwright has been scheduled for March 27 and will continue until the end of the theatre season. A play dedicated to Tajovský was performed on WTD, followed by a discussion and a reading of this year’s annual WTD message.

In the State Theatre in Košice (SDKE) the “Theatre Drop of Blood” event, which aims to persuade the public to donate blood, was also scheduled for March 27. Theatre personalities will be present in the Historical Building of the SDKE and participants will receive small gifts and theatre tickets.

The Theatre Institute is commemorating WTD by announcing the 2nd year of the photo competition Biennale of Theatre Photography, and an event on March 27 that presented the new, interactive Herodes and Herodias DVD, which features archival material on the history of Slovak theatre. The presentation was hosted by Lucia Hurajová, with Martin Geišberg as a musical guest, the Theatre Institute informed.