THE OLDEST churches in Slovakia were often built on prominent locations in centres from which the local regions were controlled. This is mainly true in the period of Great Moravia, but also in the beginning of the Kingdom of Hungary. These churches were often the most visible structures among the hillforts or fortified feudal residences in which they were constructed. 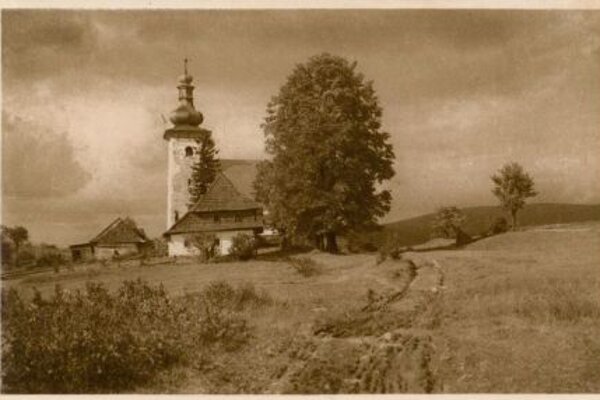 The Church of St John the Baptist was first built as a temple on an elevated, visible site above the village of Kremnické Bane. It can be seen in old artistic renderings of the nearby town of Kremnica.

The temple was probably built in the 13th century, though it is not clear who the architect was.
Monks from Hronský Beňadik are cited as among its builders, but it was likely built by German colonists who came to this mining region, later known as Hauerland, to find work. The temple was converted into a Gothic-style church around the mid 15th century, while the tower was added about 100 years later.

The church’s services were attended mostly by German inhabitants of the surrounding villages: Krem-nické Bane, Krahule, Horný and Dolný Turček.

This scenic location over Johannisberg, which was the German name for Kremnické Bane (or Piargy in Slovak) was visited by Emperor Joseph II on June 27, 1764, with his brother Leopold. They were on an official trip to Kremnica, during which they also saw some of the surrounding sites.

We can see the church of St John the Baptist in this early 20th-century postcard. Beneath the massive linden trees in the foreground, is a spring called John’s Well, or Johannisbrunnen.