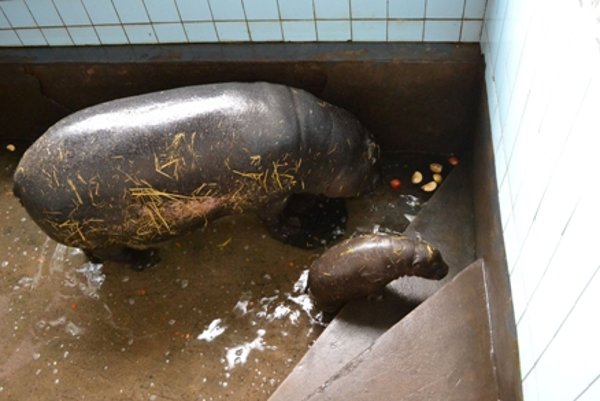 More than 1,300 locals chose this name from among five options, with the other four originating from Dášenka’s natural habitat and homeland in Africa. “As her mother’s name is Dina, all the proposed options began with D,” Bratislava Zoo director Miroslava Šavelová told the TASR newswire.

Dášenka weighed more than 10 kilograms a week after she was adopted, and she will gain 400 to 600 grams per day as she matures. Her handlers say she is in excellent condition, and her mother is doing a good job of tending to her. Visitors can see Dášenka for several hours during the day, usually between 10:00 and 14:00.

However, Dášenka will be relocated to another zoo after a year or two. “The precise destination will be set by a breeding coordinator,” Šavelová explained.

Her mother, Dina, was born in December 1982 in Dvúr Králové, and was brought to Bratislava in 1984 from the Hannover Zoo. Dášenka is Dina’s eighth baby, and one of her sisters, Dimba, has remained in Bratislava since her birth in 2006 and will become a breeding female, the SITA newswire wrote.