TEN years since the theft of 1,210 historical items of incalculable worth were stolen from the Western Slovakia Museum in Trnava, the perpetrators have yet to be found. However, four items were recently discovered by one of the museum’s staff at an antiques auction in the Czech Republic 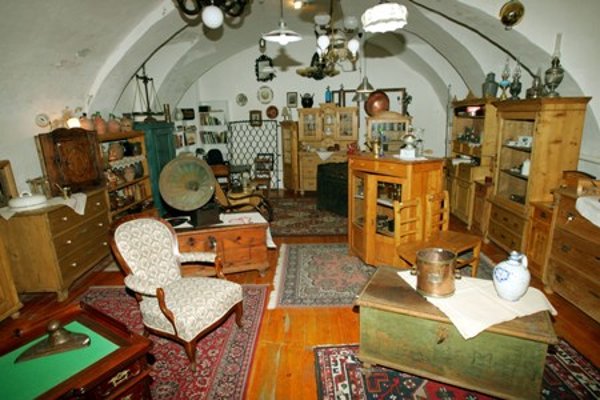 TEN years since the theft of 1,210 historical items of incalculable worth were stolen from the Western Slovakia Museum in Trnava, the perpetrators have yet to be found. However, four items were recently discovered by one of the museum’s staff at an antiques auction in the Czech Republic

The brazenness and the scope of the heist earned it the title of “the biggest museum theft in Europe”. Both investigators and staff agreed that the items were not stolen at random, but were carefully selected, probably by a specific person.

A broad range of items were stolen, including rare China, pottery, clocks, jewels, paintings, statues (a dozen more than one metre tall), Oriental texts and historical weapons, all of which would have been easy to sell legally or illegally on the international antiques market.

The theft was first discovered when a popular, gilded 19th-century clock was missing from the museum staircase. The items disappeared gradually over a period of time spanning November 2003 through February 2004. As the locks on the items’ displays were left intact, investigators believed that the theft was an inside job.

Police interrogated 22 people in connection with the theft, according to Trnava police spokesperson Martina Kredatusová, and four of them, including the museum’s director, underwent – and passed – a polygraph test.

The case also involved the death of a museum janitor, who was found hanged in a room locked from the inside, one day before a planned police interrogation.

Interpol was brought onto the case, too. But as no items were found, nor any information allowing for the prosecution of specific people, police suspended the investigation in July 2005.

“This doesn’t mean that the police are inactive in the case,” Kredatusová said lately. “And if any new facts surface that could help clarify the theft, investigators will resume the case,” he added.

Four of the stolen items were spotted by a museum employee who noticed on the website of an auction house in Brno some similarities between a hand-painted glass and a cup with a saucer on offer and some of the missing artefacts.

“Through a detailed comparison of photographs, she came to the conclusion that these items are from the Trnava museum,” museum director Daniela Čambálová wrote for the magazine Múzeum. “Then, they were taken away from the owner … by Czech police, and returned to the museum.” However, some pharmacy vessels that were identified later could not be retrieved in this way, as someone had already purchased them.

The museum’s director was replaced soon after the crime, as it was indicated that the perpetrators repeatedly cleared the museum’s security system. Due to the museum’s financial situation, none of the items were insured. A subsequent ministry audit found numerous red flags, which were described over 41 pages, Čambálová said, the most serious of which included the absence of systematic measures, incomplete revisions of collection funds and errors in documentation.