BUSINESSMAN and philanthropist Andrej Kiska beat the country’s most popular politician, Prime Minister Robert Fico of dominant left-leaning SMER-Social Democracy party, in the presidential election in a story that has drawn the attention of international media. 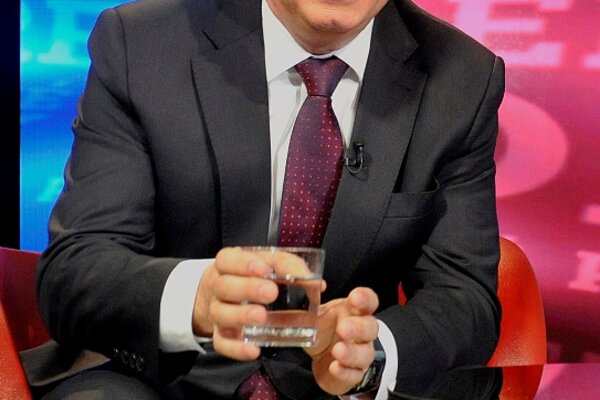 BUSINESSMAN and philanthropist Andrej Kiska beat the country’s most popular politician, Prime Minister Robert Fico of dominant left-leaning SMER-Social Democracy party, in the presidential election in a story that has drawn the attention of international media.

Kiska garnered 59.4 percent of cast votes in his debut in national politics, relying on grass-roots support as a backer of the country’s largest charity, which provides financial aid to families with members fighting cancer and other serious illness, according to The Wall Street Journal.

“Slovak democracy showed its great power because person who has never been a politician with five-member team became the President,” wrote Luboš Palata in his opinion for Czech news website idnes.cz. “[Kiska won] even the Smer party, which controls or could control the whole country, stood against him.”

“Fico ended his campaign by wooing voters with tales of his traditional Catholic upbringing in an attempt to appeal to Slovakia’s majority Catholic population,” says BBC webpage. “He portrayed Kiska as a Scientologist, a claim the tycoon denies.”

Voters feared a Fico victory would give his centre-left Smer party too much clout in the country and worried that Fico might try to change the law to boost the powers of the presidency, according to webpage of Reuters newswire citing political analyst Samuel Abráham.

Kiska won thanks in part to ethnic Hungarians living in Slovakia, according to Hungarian daily Bors, the TASR newswire reported, adding that several Hungarian media tracked the results.

Nevertheless, Slovak presidency is largely ceremonial. Even the president appoints Constitutional Court judges and veto laws a parliamentary majority can override vetoes, according to the Associated Press newswire.

The presidential election result is good news for Slovak democracy as well as leading Smer, wrote Eva Mošpanová in her opinion piece for Respekt, a Czech weekly.

“The dominance of one party, one opinion; when laws come out of parliament as if it was production line would not be good for anyone,” Mošpanová wrote, “even for the Smer party itself.”