THE RESULT of the presidential election amounted to much more than a mere change in personnel, says Grigorij Mesežnikov, president of the non-governmental Institute for Public Affairs. 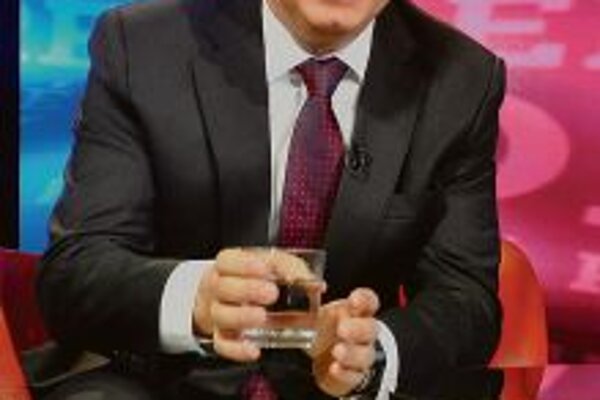 THE RESULT of the presidential election amounted to much more than a mere change in personnel, says Grigorij Mesežnikov, president of the non-governmental Institute for Public Affairs.

“It is the first time in post-communist countries that a man who does not represent any political party was elected to the presidential office,” he told The Slovak Spectator.

This, most commentators agree, is a good thing, as is the sense that the non-political president-elect Andrej Kiska can finally make sense out of the direct election of the president in the country.

However, in the aftermath of the presidential campaign, during which Kiska’s rival, Prime Minister Robert Fico, called Kiska’s lack of political experience a major drawback, many are still left wondering whether Kiska is up to the task.

After the election, Kiska said he would strive to give politics a more human face and that he is now set to fulfil the promises he has made. He claims he wants to be a president for all citizens and that he wants to motivate and unify the public.

It is now however not clear how active Kiska will be in his approach. If Kiska is an active president, this will contrast with the largely latent role played by President Ivan Gašparovič, particularly in the last two years of his current term, Marek Rybář, political scientist from the Comenius University in Bratislava, opined.

“Most of the time it happens that the presidents have aims, ambitions to change things when taking office, but then gradually realise what the situation really is like,” Rybář told The Slovak Spectator.

All the president’s men

That is also why observers stress Kiska’s performance will depend on the quality of the team he chooses. The composition of his team is still largely unknown.

The first name to appear in the media was that of Ján Mazák, former head of the Constitutional Court and a respected expert on constitutional law. He is to be Kiska’s aide regarding law and the functioning of the EU.

“My task will be a very simple one. I will give him some recommendations, starting points, and then it will be up to him to decide how to make use of such advice,” Mazák said, as quoted by the SITA newswire. Mazák however did not discuss with Kiska whether he should be a member of the team of the president’s office.

Martin Bútora, a former ambassador to the United States and the honorary president of the Institute for Public Affairs think tank, is another name that surfaced in connection with Kiska’s team. Bútora confirmed that Kiska offered him a role in his team, and for now they have discussed only the interim period until the inauguration, SITA reported.

Rado Baťo, spokesman of the former prime minister Iveta Radičová who led Kiska’s presidential campaign, has said he will not become the new president’s spokesman. He will continue working with Kiska until his inauguration, he confirmed for SITA, but failed to specify whether they will cooperate after that as well.

“I assume that [Kiska] would address people who belong to the top in the respective fields, in the sphere of foreign policy, the judiciary or the rule of law,” Mesežnikov told The Slovak Spectator, adding that based on the information he has received, the newly elected president cares very much about having a strong team.

Kiska has stressed all along that he is not affiliated with any party. In the last leg of the campaign, however, he received the support of most opposition politicians. Despite that, observers believe remaining impartial should not be a problem in the presidential office.

“He of course was elected first of all by voters of opposition parties, but he does not have obligations towards a single political party,” Mesežnikov noted.

Mesežnikov noted that Kiska has even said that if the government comes up with good laws he does not have a reason to veto laws that have a potential to help the development of the country.

“He will be more contemplative than the current president, who often got motivation from other aspects rather than the legal norms,” Mesežnikov said, adding that the political implications were absolutely clear in Gašparovič’s case.

Rybář also doubts that during his term Kiska would get close to a political party or that his drive for impartiality would change during his presidency.

Kiska’s apolitical image was important to his voters, but that does not mean one should jump to conclusions about voters’ losing trust in politicians altogether, Rybář said.

Mesežnikov speaks along the same lines and says that if there is mistrust among voters in established political parties, it is distributed unevenly across the electorate. On the one hand, Fico might have gotten less votes than his Smer party in the parliamentary election, but he still garnered almost 900,000 votes, which does not suggest Smer is significantly losing the support of its voters.

On the right side of the political spectrum, however the voters are more critical towards their politicians.

“The level of discontent is higher, which is also caused by the fact that the former government practically committed suicide online, in a live broadcast,” Mesežnikov said.