HIGH-INTEREST loans provided by non-banking financial companies to vulnerable customer groups should be tamed by a series of laws targeting such usurious practices, with a definition of “usury” now part of the Civil Code approved by parliament on April 1. 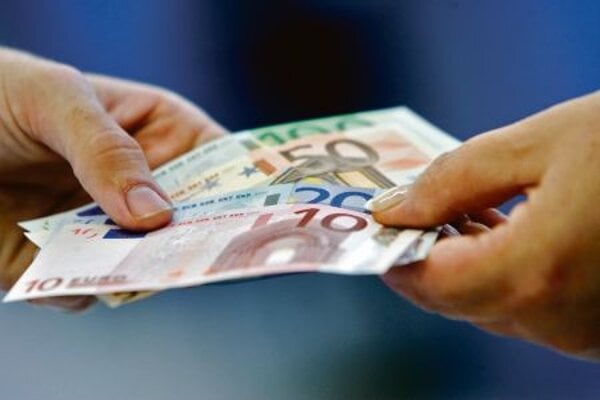 HIGH-INTEREST loans provided by non-banking financial companies to vulnerable customer groups should be tamed by a series of laws targeting such usurious practices, with a definition of “usury” now part of the Civil Code approved by parliament on April 1.

Any contract which abuses penury, lack of experience or mental maturity, naivety or financial dependence while involving people in boldly disadvantageous transactions can be cancelled, according to the changes. Non-banking lenders are no longer able to hand over hard currency as part of a loan, according to the set of amendments approved by parliament on April 1.

While the Justice Ministry welcomed the changes, non-banking lenders argue that it might force legitimate firms from the market and drive people with poor credit to seek loans on the black market, including from the mafia.

The Smer-tailored amendments also target so-called sequenced or rollover loans, require a standard-size font for consumer-loan contracts, and set a limit on interest rates at a maximum of twice the average interest rate used by banks, the SITA newswire reported.

“We want to prevent distrainers from selling somebody’s house or flat for a debt of some €1,000,” Anton Martvoň of Smer, who was involved in drafting the amendments, told the TASR newswire.

Based on the revision to the Execution Order, bailiffs will not be able to carry out a distraint order by selling real estate at which the debtor has his or her permanent or temporary residence. They will be allowed to do so only if the debtor faces a number of unpaid debts that exceed €2,000. Also, cars of physically disabled people or vehicles necessary for performing a profession cannot become a subject of execution, according to the law. There are also new limitations on how executors can block the bank account of debtors, which is limited to the sum owed. The changes concerning distraint orders will come into effect in June.

Justice Minister Tomáš Borec welcomed the changes. The new legal measure will make it possible for the Slovak government to set “the highest acceptable payment for consumer loans and thus end the immoral business of many non-banking entities,” a statement of the ministry reads, as quoted by SITA.

The parliament indeed also passed a proposal submitted by Ordinary People and Independent Personalities (OĽaNO) MP Branislav Škripek based on which the creditor will have to inform the debtor within 15 days that he or she is delayed with the payment, according to SITA. Previously creditors were not obliged to inform people that they were late with payments.

“This amendment may have the very opposite effect than intended by MPs, as ordinary people will turn to companies in the grey and black zones of the economy instead, where no laws are observed,” Ivan Kahanec, executive secretary of the Association of Consumer Loan Providers (APSÚ), told TASR.

According to Kahanec, the “far too low interest cap” will reduce the accessibility of loans for many people and some groups will not be able to take loans at all. He warned that some of the branded companies might leave the market entirely.

On the other hand, Maroš Ovčiarik of the website Finančná Hitparáda believes that the market involving non-banking products does need tougher regulation.

“Of course, the regulation needs to be carried out in a sensitive manner, so that it doesn’t restrict the accessibility of loans for people who were denied loans by banks, but the risk that they fail to pay the loan isn’t so high,” he told TASR.

In Europe the interest rate cap is at 50-70 percent annually including fees.

Deputies of the ruling Smer party have reached some consensus with representatives of retailers over some of the disputed changes. For example, the proposal that the customer can return the purchased goods to brick-and-mortar stores within seven days without providing any reasons has been left out, SITA reported.

The changes aimed at protecting consumers from usury mostly involve revisions to the Civil Code, the Execution Order, the law on voluntary distraints, the consumer loan law and the law on state control of the internal market.

As many as 1.2 million Slovak citizens live at the edge of poverty, while the courts register more than 1 million executions pending, the authors of the revisions wrote in their reasoning of the law.
Based on reports from the social insurer Sociálna Poisťovňa, nearly 26,000 pensioners have been involved in executions based on proposals from non-banking lenders providing so called fast-loans or petty credit, TASR reported.