THE ADMINISTRATION of State Material Reserves denied any wrongdoing when purchasing sugar and grain from private companies for its emergency stocks. This came in response to media reports in late March claiming that the state lost nearly €700,000 in the public competition, which was won, among others, by a firm with connections to the J&T financial group. The opposition, however, remains sceptical of the purchase and questions its transparency. 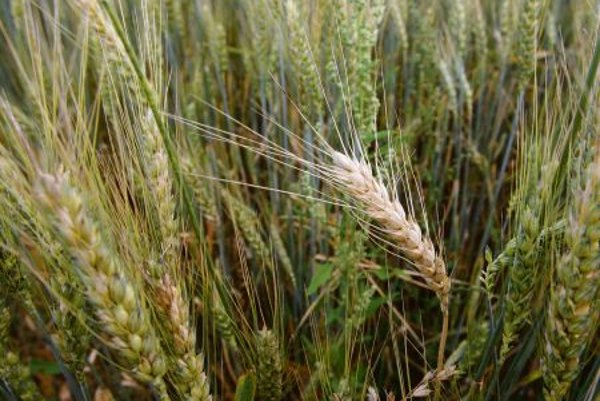 THE ADMINISTRATION of State Material Reserves denied any wrongdoing when purchasing sugar and grain from private companies for its emergency stocks. This came in response to media reports in late March claiming that the state lost nearly €700,000 in the public competition, which was won, among others, by a firm with connections to the J&T financial group. The opposition, however, remains sceptical of the purchase and questions its transparency.

“The multilevel inspection confirmed that nobody has made a mistake in this case,” Kajetán Kičura, head of the Administration of State Material Reserves (SŠHR), said on April 2, as quoted by the TASR newswire, after the session of the parliamentary committee for agriculture and the environment.

Kičura was responding to the story broken by the Hospodárske Noviny daily on March 21. The daily wrote that the state wasted more than €656,000 when buying sugar and wheat for emergency stocks through Poľnonákup Tatry, a subsidiary of the SŠHR. The company arranged a public competition won by three firms, Montir, Mlyn Štúrovo and Agro Energia. Montir belongs to Igor Rattaj, who co-owns J&T Private Equity Group, a firm that operates ski resorts and has shares in Energetický a Průmyslový Holding (EPH).

Shortly after the media reported about the case, the SŠHR informed that it was launching an inspection of the trade and temporarily suspending all of its purchases and sales.

Kičura stressed that the competition was in compliance with the law. The SŠHR arranged two electronic auctions, with four bidders participating in each. Every auction had two winners who set the final price for the products, Kičura explained.

Former agriculture minister Zsolt Simon of Most-Híd however was not satisfied with the explanation.
“The SŠHR director has not persuaded me,” Simon said, as quoted by TASR. According to him, the SŠHR did the exact opposite of what a public procurement is supposed to achieve, i.e. to buy something effectively for the cheapest possible price.

Simon said earlier that the state could have saved the money if it had bought the products directly from producers, as reported by the Sme daily. He also called on Prime Minister Robert Fico on March 21 to compensate the farmers with the money Slovakia lost through the purchase or dismiss the SŠHR management for wasting state money.

Meanwhile, the SŠHR stated in a press release that during the inspection they revealed a dubious trade carried out in 2011 with a company linked to Simon, and filed a criminal complaint over it, as reported by TASR.

According to media reports, Montir sold the state 7,000 tonnes of wheat for €212 per tonne, while at the time its market price oscillated at about €160, and some farmers were buying it for €130-150 per tonne, Sme wrote.

It also sold the state 1,000 tonnes of sugar for €697 per tonne, while at the time its market price stood at €520, as reported by Hospodárske Noviny.

Moreover, the state bought another 600 tonnes of sugar from Mlyn Štúrovo for €698 per tonne, and 3,000 tonnes of wheat from Agro Energia for €213 per tonne.

The state secured the contracts with high fines. If the deliveries of 2,000 tonnes of wheat were more than two weeks late, the companies would have to pay a fine of €43,000, while if 500 tonnes of sugar were two weeks late, the fine would be €140,000. The contracts do not state whether the companies still have to pay the fines if the state refuses delivery of the products, according to Sme.

Despite media reports about the state losing tens of thousands of euros on purchases, Rattaj claims he earned some €18,000 on wheat and about €43,000 on sugar. He defended the higher price, stating that he delivers high quality wheat. But Sme wrote that the quality of his company’s wheat does not differ from the wheat produced by farmers.

The purchase of sugar and grain is not the first suspicious business transaction conducted by the SŠHR. Back in October 2011 media outlets reported that the SŠHR, led at the time by Slovak Democratic and Christian Union (SDKÚ) nominee Eva Hrinková, repeatedly broke the law when selling platinum mesh to a company belonging to Michal Hudoba, an SDKÚ candidate in the 2006 general elections. The inspection found that it broke the law when it invited possible bidders to take part in the sale via the web. Moreover, it acted illegally when selecting an expert to assess the value of the platinum being sold, Sme wrote in 2011. The platinum mesh is probably already abroad.
The case resulted in Hrinková leaving her post in November 2011.

Recently the police have charged three people: the head of the committee to open and evaluate bids in electronic auctions, a member of this committee and a machinery expert, with the especially grave crime of violating duties when administering other people’s property. The three charged failed to secure an adequate selling price for the platinum mesh in the auction, “by which they acted in conflict with the lawful duty of the Administration of the State Material Reserve to handle the property of the state with maximum care”, Police Presidium spokesperson Michal Slivka told the TASR newswire on March 26.

The expert assessed the general value of the platinum mesh at €81,270, ignoring the fact that the material for the production is platinum and rhodium.