THE CRISIS in Ukraine has underscored Slovakia’s need to reduce its reliance on Russian gas. To boost its energy security and minimise its dependence on Russia, Slovakia is working to become interconnected to the complex and diversified grid of bi-directional gas supplies that has evolved in Europe in the years since communism. 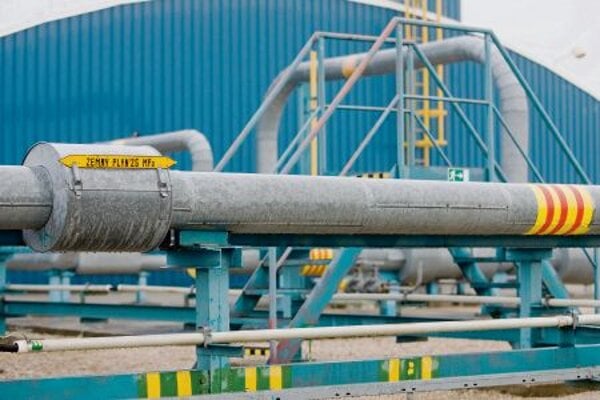 THE CRISIS in Ukraine has underscored Slovakia’s need to reduce its reliance on Russian gas. To boost its energy security and minimise its dependence on Russia, Slovakia is working to become interconnected to the complex and diversified grid of bi-directional gas supplies that has evolved in Europe in the years since communism.

Slovak Prime Minister Robert Fico and his Hungarian counterpart Viktor Orbán, both facing important elections in their mother countries, symbolically opened a pipeline connecting the gas systems of Slovakia and Hungary, even though it will not be fully operational until the beginning of 2015. Both politicians praised the increase in energy security that the new pipeline will bring.

The project, which is part of the planned European north-south corridor, enabling access to supplies both from Poland’s new liquefied natural gas (LNG) terminal on the Baltic Sea and the planned LNG terminal on Croatia’s island of Krk, will contribute to European energy security and diversification of supply routes.

“Nobody knows what will follow with respect to the crisis in Ukraine, thus I consider this interconnection as a significant contribution to the energy security of this region,” Fico proclaimed on March 27 in the Hungarian town of Szada, 28 km away from Budapest, as cited by Euractiv. “We will have at our disposal not only an Austrian and Czech interconnection, but we will also be able to use the Slovak-Hungarian interconnection. This will enable us to gradually connect to the gas corridor in Poland and then down from Hungary in the southern direction, which means that the north-south interconnection is becoming a great reality.”

The Hungary-Slovak interconnector is part of the planned European north-south corridor, an EU project aimed at strengthening European energy security and diversifying supply routes. Hungary imports about 80 percent of its gas from Russia, while Slovakia imports almost 100 percent.

“This pipeline creates the opportunity for us to import gas from outside Russia in the future,” Orbán said at a news conference with Fico on a construction site, as cited by Euractiv.

The connection of the two grids in Szada will allow the flows to be reversed. A new 110.7 km pipeline, 18.6 km of which is on Slovak territory, with an annual capacity of almost 5 billion cubic metres a year, stretching from the Hungarian town of Vecsés to Veľké Zlievce in Slovakia, is due to become operational in 2015.

The Slovak transmission system’s operator, Eustream, said on March 27 that it had completed Slovakia’s section of the pipeline, which was already filled with gas at operating pressure.
The countries expect to start testing the new interconnector in July, Fico said, as cited by Euractiv.

Eustream said that in the future, the interconnector would give Slovakia access to LNG import terminal in Croatia.

The price tag for the interstate interconnection is €170 million, of which about €21 million will be covered by Slovakia. Financial support under the European Energy Programme for Recovery is €30 million.

A dispute between Russia and Ukraine in 2009, which temporarily halted the gas flow to Slovakia and renewed fears of dependence on Russia, resulted in interconnecting Slovakia’s gas grid with grids in neighbouring countries.

Karel Hirman, the director of the Energy Policy Section at the Slovak Innovation and Energy Agency (SIEA), told The Slovak Spectator that the interconnections that have been built so far were a result of the crisis in January 2009, referring to the reverse flow with Austria from Baumgarten, as well as the strengthening of the capacity of the reverse flow from the Czech Republic.

“Already, their realisation and their daily intensive usage within the liberalisation of the gas trade have significantly strengthened the security of Slovakia in gas supplies because they have connected our grid and gas storage facilities with the western European network,” Hirman said. “This was exactly what we lacked at the beginning of the crisis in January 2009.”

According to Hirman, the planned European north-south corridor is also a result of the gas crisis in 2009, and the project is making progress. Poland is just finishing the LNG terminal while in the Czech Republic an interconnection with Poland has been built. Construction of the Slovak-Hungarian interconnector should be finished this year. Hungarians have put interconnectors with Croatia and Romania into operation. Plans for constructing the Slovak-Polish interconnector are progressing too. Hirman added that new gas storage capacities are either under construction or were recently put into operation in Slovakia, the Czech Republic and Austria.

“All these further significantly strengthen our security in gas supplies,” said Hirman. “However, the main task is to further diversify sources of gas supplies to Europe because imports of gas will increase due to the decreasing extraction of gas from local deposits.”

In this respect Hirman mentioned the possibility of importing gas in the form of LNG, or via new gas pipelines from Azerbaijan via Turkey to southern Europe, or new pipelines from northern Africa.

“Also very important is support for the mining of shale gas in Poland, Great Britain and other EU countries with a suitable geological structure,” said Hirman. “For the EU and especially the Visegrad Four countries, including Slovakia, Ukraine may also become a new source of gas already before 2020.”

According to Hirman, conventional gas and shale gas deposits in Ukraine are very promising.

For now it is only possible to send gas from Ukraine to Slovakia, though plans to create a reverse flow have been on the table for some time. After the Moscow-Kiev dispute, and after Russia annexed Crimea, Ukraine began talks over importing natural gas from the EU in an effort to decrease its reliance on Russian supplies. Representatives of the Ukrainian Ukrtransgaz pipeline operator and Eustream met with European Commission officials in Brussels in late March to discuss the technical aspects of trying to reverse the flow of gas through Slovakia’s pipeline, EC spokeswoman Sabine Berger said, as cited by Bloomberg.

The reverse flow project will require investments of €21 million from Slovakia, which would like to receive financial support from the EC.

Eustream spokesman Vahram Chuguryan told The Slovak Spectator that technical, financial and time-related questions regarding this project are the subject of ongoing negotiations between Eustream, Ukrainian partners and EC representatives. Another session is expected within the next two weeks, according to Chuguryan.

“The reverse flow is part of the plan to make from Eustream a regional distribution node of interconnections and gas supplies in the north-south direction as well as east-west and vice versa,” said Hirman, adding that smaller reverse supplies of gas to Ukraine occurred last year via Hungary and Poland, which proves that these plans are realistic, and that this is an interesting commercial opportunity for the Slovak gas pipeline operator.