Energy use gets smarter

HOUSEHOLDS and small businesses will join big commercial electricity consumers in using intelligent metering systems after a set of regulations was passed in late 2013. 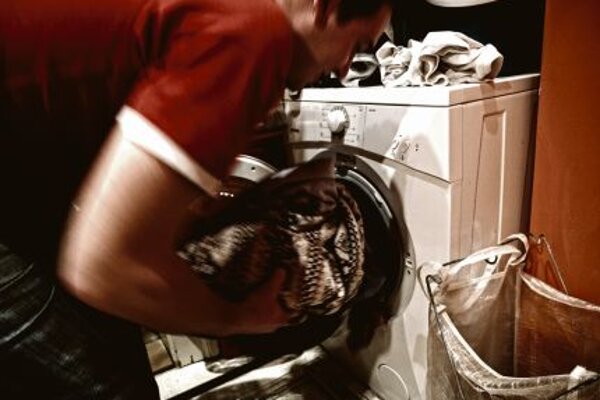 HOUSEHOLDS and small businesses will join big commercial electricity consumers in using intelligent metering systems after a set of regulations was passed in late 2013.

The change should allow homeowners and others to adjust their consumption of electricity based on the data they receive, and the replacement of old, induction meters has already begun. While smart meters do not automatically bring savings in electricity consumption, their arrival is expected to coincide with the increased availability of smart appliances as well as a more varied offer of electricity supply products.

The regulation, introduced late last year as part of the government energy plan, obliges electricity distribution network operators to install smart meters on any household with an annual electricity consumption of 4 MWh or more and small companies. By adopting this regulation, Slovakia fulfils its commitments within EU legislation that it has transposed. The plan is to achieve 80-percent market penetration of smart meters by 2020.

The Economy Ministry estimates that 600,000 smart meters will be installed with end electricity consumers by 2020, of which 480,000 should be households and 120,000 small firms.

The expectations are that smart meters will help consumers to manage and reduce energy use and lead to greater variation in the electricity supply products available on the market.

“First, we expect an opportunity for [electricity] suppliers to offer supply of electricity in variable products which will reflect the actual state of prices on the electricity market and second, by refining [the information about] real consumption of electricity in real time, it will significantly increase the transparency of real costs for individual consumers,” Stanislav Reguli from the Association of Energy Suppliers told The Slovak Spectator.

Reguli pointed out that the consumer will always be the most important link in the chain for optimising costs for electricity consumption, but who will be able to, on the basis of offered variable products, move part of his consumption into such time periods, in which the electricity price will be the lowest.

Smart or intelligent meters are electronic devices that record the consumption of electric energy in certain time intervals and communicate that information to consumers and the utility. This data can be used for monitoring and billing purposes. Operators of distribution networks are in the process of exchanging the old meters for new ones.

Východoslovenská Distribučná (VSD) will exchange approximately 100,000 meters. The whole process started on April 1 when VSD launched a pilot project of the gradual installation of sample smart meters. During this initial phase, which will run until the end of April 2015, they plan to replace approximately 1,000 smart meters, VSD spokeswoman Andrea Danihelová told The Slovak Spectator.

“The aim of the pilot project is the final selection of an ideal technology for securing the full functionality of the whole intelligent metering system,” said Danihelová, adding that for distribution companies 2014 will be a year of preparations and pilot projects. VSD plans to start installing smart meters to consumers with annual electricity consumption over 10 MWh, meaning small companies and consumers using electricity for heating in 2015 and 2016. VSD estimates their number at 15,000. Then it plans to install approximately 20,000 smart meters each year through 2020.
Stredoslovenská Energetika – Distribúcia (SSE-D) will exchange 140,000 meters by 2020, SSE-D spokeswoman Jana Bolibruchová told The Slovak Spectator.

“The expected benefit for customers is more information about consumption … and the possibility of rationalisation of consumption on the basis of this information,” Bolibruchová said.
VSD sees advantages in effective usage of electricity over the time.

Danihelová cited experiences from abroad, according to which the average savings of a client on electricity consumption after installation of a smart meter was about 1.5 percent of annual costs. She added that only available and affordable smart products like smart fridges, washers, dishwashers, intelligent home systems will enable electricity consumers to fully benefit from the new system.

“However, the market is very limited in this field for now and this will not change significantly from our point of view within the horizon of the closest years,” said Danihelová.

For now, SSE-D is not able to specify the exact benefits that smart meters will bring to distribution companies.

“For the time being, SSE-D is carrying out several analyses, with a goal to find and quantify all benefits of installation of intelligent meters,” said Bolibruchová. “But individual advantages are in the phase of assumptions for now and thus it is premature to talk about them.”

According to VSD, distributors expect especially benefits in the form of more detailed data of electricity as well as other parameters which they obtain from specific points of consumption and faster identifications of failures, and thus smart meters may open new possibilities for reducing repair and maintenance costs.

Distributors already use intelligent metering systems. VSD monitors about 60 percent of the total consumption of electricity in the area in which it operates via the system of automatic collection of data. It has fitted about 6,000 points of consumption so far in all categories of consumers, from households up to large companies, with the necessary equipment.

The Slovak Electricity Transmission System, the operator of the national grid, expects the installation of smart meters in distribution networks to impact the whole transmission system in a positive way.

Pecho of SEPS explained for The Slovak Spectator that there is an assumption that data on real-time consumption, potentials hidden in accumulation appliances and other reserves collected in almost real time will create room for providing a regulation reserve to be used for improved balancing of consumption and generation of electricity.

Another reason for introducing smart metering in Europe is the expansion of the usage of renewable energy sources. In this respect smart metering creates the possibility to obtain new reserves for controlling the grid.

“Decentralised sources are experiencing a large development in the world and it is only a question of time when this trend will also arrive in Slovakia,” said Pecho.

According to Pecho, it will still be a while before the benefits of smart meters become obvious, as communication technologies and information systems must be installed too.

“For the time being, consumers generally do not pay attention to meters,” said Pecho. “The extension of functions of the meters by communication and other functions linked with monitoring the quality will fundamentally change the position of the consumer… The consumer will need advice that is most advantageous for them and this creates space for new services. The new phenomenon will bring a number of changes, which may affect our habits. The possibilities of intelligent metering systems for the needs of the consumer will be so wide that we are not even able to describe it today.”