HEDVIGA Žáková, whose case has dragged on for nearly eight years and has become synonymous with an individual caught up in the state machinery, now finds herself in court for perjury – a result receiving condemnation from human rights groups. 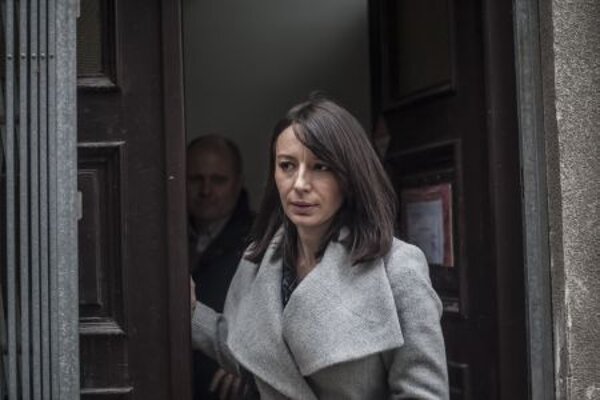 HEDVIGA Žáková, whose case has dragged on for nearly eight years and has become synonymous with an individual caught up in the state machinery, now finds herself in court for perjury – a result receiving condemnation from human rights groups.

In January, the General Prosecutor’s Office (GPO) closed the investigation into the case of Žáková, an ethnic Hungarian who reported to have been attacked in August 2006 after two men overheard her speaking Hungarian on the phone. In a rapid turn of events, the one-time alleged victim has turned defendant after she was accused of perjury.

Žáková, who formerly went by the surname Malinová but has since married, has been charged with perjury, the GPO confirmed on April 4. The case was submitted to the Nitra District Court on April 2, the Pravda daily reported.

In August 2006 Žáková, a Hungarian-speaking Slovak citizen, reported that she had been assaulted on her way to a university exam in Nitra. The police said that their investigation into the case, involving more than 250 officers and interviews with 600 people, led to their conclusion that the assault never happened.

The police findings were released in September 2006 at a press conference by then-interior minister Robert Kaliňák and then-prime minister Robert Fico (both of whom currently hold the same positions), with Kaliňák stating “it is beyond doubt that the case did not happen”. He presented several pieces of evidence that he said backed his claim, including DNA samples. Kaliňák later went on to denounce Žáková as a “pathological liar”.

Žáková was charged in May 2007 with perjury and making false claims. However, the charges were never presented before a court and her case has been pending with the GPO ever since.

The case began progressing again only in the second half of 2013, after it was assigned to a new prosecutor. The GPO requested further medical examinations of Žáková.

Both medical reports, from 2009 and from 2013, are problematic according to Žáková’s attorney and observers who have followed the case from its start. The investigation of the case was closed in January 2014.

In the meantime, Žáková moved to the Hungarian town of Győr, after she requested and received Hungarian citizenship at the end of 2013. Under Slovak law, by receiving the Hungarian passport she forfeits her Slovak citizenship.
“I am not escaping from the police investigation and the possible court proceeding; I want to protect my children from police harassment,” Žáková told the Hungarian daily Új Szó at that time.

Human rights watchdogs have expressed their solidarity with Žáková, whose case is for many a primary example of a citizen caught up in slow, arbitrary state machinery.

The Fair-Play Alliance finds it shocking that instead of apologising, the prosecution is suing Žáková “after a botched police investigation, dubious medical reports and suspicions of the violation of basic human rights”, the SITA newswire reported.

“The General Prosecutor’s Office, by the way it handles this case, significantly undermines the trust of citizens in the rule of law,” Pavol Lacko of the Alliance told SITA, adding that the GPO did not even explain what Žáková lied about.

The non-governmental Helsinki Committee for Human Rights in Slovakia has called on all prosecution bodies and the respective courts to assess all the available evidence soberly and objectively.
“We are convinced that the court trial cannot end up otherwise than by freeing Mrs Žáková,” the committee chairman Kálmán Petőcz wrote in the official statement.

Petőcz, who currently is running for a seat in the European Parliament on the slate of the Freedom and Solidarity (SaS) party, went on to assert that the charges against Žáková are “apparently fabricated”.

“We are concerned to see a sharp contrast between a hesitant and slow investigation, the rushed and politicised conclusions, and grave procedural errors in the investigation of her assault on one hand, and the unexhaustible energy devoted to proving her alleged perjury on the other hand,” Petőcz wrote.

General Prosecutor Jaromír Čižnár, appointed a year ago, could have used the opportunity to stop the criminal prosecution against Žáková as ungrounded, but opted to prolong bullying and humiliating her instead. Žáková has thus become a symbol of the “struggle against injustice” and as such deserves respect, Petőcz concluded.

The final decision to press charges and put Žáková through a trial has provoked a negative response from the opposition.

“We are disturbed by the fact that the victim was turned defendant, just because this version plays into the cards of the ruling Smer,” Most-Híd wrote in an official statement.

Several other opposition politicians called the development in the case a sign of the rotten state of the Slovak judiciary.

Former chair of the non-parliamentary Party of Hungarian Community (SMK) Pál Csáky said in a televised debate on the TA3 news channel on April 6 that pressing charges against Žáková is outrageous and pure political revenge.

Ex-justice minister Lucia Žitňanská (formerly of the Slovak Democratic and Christian Union), who joined the Most-Híd caucus on April 8, called the Malinová case a breakdown of the rule of law in Slovakia, speaking on the public-service RTVS on April 6.

“Also, this case, and last week’s election of candidates of constitutional judges, and also some legislative amendments, show that when Robert Fico’s government is in power we’re not even approaching the rule of law. I’m humanly and professionally sorry for Hedviga Malinová, 31 – who is now married and is the mother of two children – with regard to this breakdown of the rule of law,” said Žitňanská, as quoted by the TASR newswire.

Justice Minister Tomáš Borec admitted in his reaction to Žitňanská that the case has lasted far too long. He did, however, accuse Žitňanská and others of milking the case for political capital.