THE FIRST-EVER political party to be founded on the ambition to bridge the gap between the majority population and minorities living in Slovakia is shifting its focus. After five years of existence, Most-Híd is rebranding itself from a party of cooperation to a civic party. 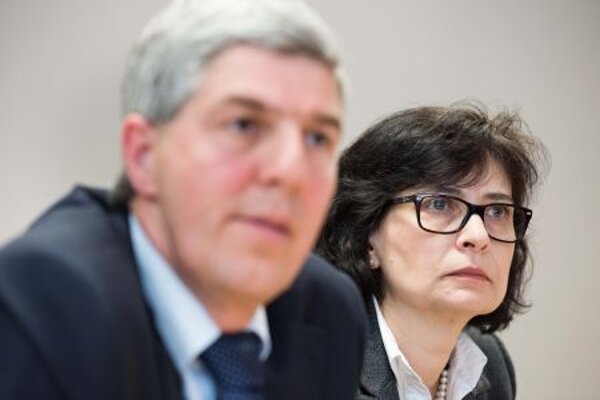 THE FIRST-EVER political party to be founded on the ambition to bridge the gap between the majority population and minorities living in Slovakia is shifting its focus. After five years of existence, Most-Híd is rebranding itself from a party of cooperation to a civic party.

At the same time, former two-time justice minister and current independent MP Lucia Žitňanská, who left the Slovak Democratic and Christian Union (SDKÚ) only a few months ago, is joining Most-Híd to concentrate on the agenda of justice and the rule of law.

Žitňanská’s move and Most-Híd’s new programme reflects the turmoil that has been plaguing the centre-right since the presidential election, which saw wide support for non-partisan candidates and the crushing defeat of Pavol Hrušovský, the official candidate of the People’s Platform opposition coalition, of which Most-Híd was a member. As a result, the platform fell apart, with Most-Híd chairman Béla Bugár saying it failed to meet the expectations of both voters and the parties involved.

“Always, when something ends, something new begins,” Bugár said on March 18, adding that his party wants to put forward what it calls Civic Vision 2016, which should be the basis for “building a new civic vision of the republic”.

A new beginning for Most?

“It is very important that political parties start dealing with the way each of them approaches the daily needs of citizens,” Bugár said following the party’s board session on April 8, which was convened to deal with the changes within the party. “There is no time for politicking.”

Most-Híd’s new theme is to bring politics closer to the people, much like other new movements emerging on the Slovak political scene, mainly the soon-to-be-founded party of unsuccessful presidential candidate Radoslav Procházka. President-elect Andrej Kiska, who is to be inaugurated on June 15, used similar rhetoric in his campaign.

The changes in the party should be finalised over the summer and approved by the party congress in September 2014. Bugár announced that he will also propose that the congress elect Žitňanská as deputy chair of Most-Híd.

Despite being a newcomer to the party, Žitňanská is expected to take an active role in designing the party’s programme statement, Civic Vision 2016, handling the area of justice and the rule of law.

“Whatever the shifts on the right side of the spectrum end up being, in ethnically and also otherwise diverse Slovakia, there will always be a strong place for a civic party representing cooperation between the majority and the minorities,” Žitňanská said upon joining the party.

Bugár described her arrival as part of their efforts to strengthen the Slovak pillar of Most-Híd, which has so far been represented mainly by deputy chairs Rudolf Chmel and Ivan Švejna, and MPs František Šebej and Andrej Hrnčiar (who is soon leaving parliament to found a new party with Procházka).

Grigorij Mesežnikov, president of the Institute for Public Affairs, describes Žitňanská’s joining Most-Híd as a win-win compromise, with a positive outlook for the next two years until the end of the current election term. While Žitňanská is a great help to the party as a high-profile expert in the field of the judiciary, she will benefit from being part of the Most-Híd caucus, since her legislative proposals will have a better chance of being passed in parliament, he noted.

Žitňanská has acted as an independent MP since leaving the SDKÚ in December 2013, along with fellow MPs Magdaléna Vášáryová and Miroslav Beblavý (who is now joining Procházka), after she lost in the second round of the election for the party’s top post in May 2012 to Pavol Frešo, who has headed the party since. She was one of the most popular politicians in the party. In the 2012 election she collected the 10th highest number of preferential votes (over 100,000). She served as the country’s justice minister twice before, and during her second term she worked closely with then-prime minister Iveta Radičová on judicial reform, which she however did not manage to pursue as the government collapsed after just one and a half years.

Žitňanská will represent the Slovak wing in Most-Híd, but Mesežnikov believes the party should now put less emphasis on strengthening the Slovak pillar, and focus more on the wider, civic agenda. Žitňanská brings just that, with her focus on the rule of law.

In connection with the party’s declared efforts to strengthen the Slovak element in the party, Mesežnikov noted that the party should be careful not to neglect its Hungarian voters, since much will depend on whether Most-Híd manages to keep their support.

“Most-Híd is still perceived as a party representing the interests of a minority, so for them it’s absolutely key to maintain their support in the Hungarian environment,” Mesežnikov said.

Most-Híd was founded in 2009 to be the first political party in Slovakia to bring Slovaks, Hungarians and members of other minorities together under one banner, when Béla Bugár, László Nagy and Gábor Gál left the Hungarian Coalition Party (SMK, which now goes by the Party of Hungarian Community under the same acronym) over disagreements with the party’s leadership. Later, along with Zsolt Simon and Tibor Bastrnák, they founded Most–Híd.

The party succeeded in the 2010 parliamentary elections, “stealing” the more liberal Hungarian voters from the SMK, which, as a result, was left out of parliament for the first time in its existence. Bugár and his party colleagues kept their old alliances with the Slovak centre-right parties and became part of the Radičová government until it fell in late 2011.

The recently announced changes come as a new attempt to overcome the label of an ethnic party. Still, the Hungarian element needs to be considered and Most-Híd should not neglect issues like bilingualism, language use and culture, especially when the deterioration of minority rights occurs.

“They need to be realistic and [bear in mind] that they are competing with another Hungarian party that has been rather successful, as presidential elections have shown that SMK does have its electorate and its structures in the field,” Mesežnikov said. “That is why it is important for Most-Híd not to forget about minority issues alongside its focus on a civic agenda.”