AFTER months of negotiations the shareholders of Slovak power utility Slovenské Elektrárne (SE) agreed on April 8 to provide the additional funding necessary to complete the third and fourth units of the Mochovce Nuclear Power Plant (EMO). This means that the power plant’s final bill will rise to €3.8 billion, up by €1 billion compared to the original plans. 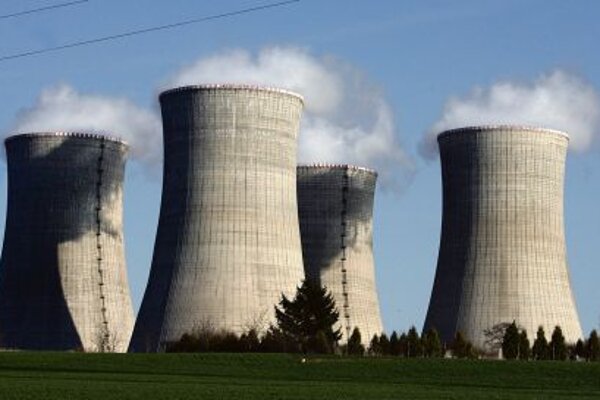 AFTER months of negotiations the shareholders of Slovak power utility Slovenské Elektrárne (SE) agreed on April 8 to provide the additional funding necessary to complete the third and fourth units of the Mochovce Nuclear Power Plant (EMO). This means that the power plant’s final bill will rise to €3.8 billion, up by €1 billion compared to the original plans.

It is still unclear, however, when the blocks will be finished. The answer should be provided by an analysis that the company plans to finish by summer.

The state and the Italian company Enel, which owns a majority 66-percent share in the firm, approved the €400 million budget increase. The remaining €600 million was approved in previous general meetings. The company justified the need for the increased investment mainly by the requirement to implement further security measures after the 2011 explosion in Japan’s Fukushima nuclear power plant.

According to the company, the blocks will now meet the strictest safety criteria. The shareholders emphasise that these will be the first pressurised water reactors of the VVER type blocks into which all post-Fukushima improvements have been incorporated, as approved by the Slovak Nuclear Regulatory Authority in the final report on stress tests in Slovakia.

“All additional safety improvements in the project of the third and fourth EMO blocks will be implemented and will increase the safety of the power plant,” SE wrote on its website.
The two blocks should have an installed capacity of 1,000 MW.

SE began the completion of the two blocks on November 3, 2008. It officially signed the contracts in June 2009 with the main construction companies involved in the project: the Czech Škoda Jaderné Strojírenství, Atomstroyexport from Russia, Slovak firms VUJE, Enseco and Inžinierske Stavby Košice, and Italian firm Enel Ingegneria & Innovazione.

The Economy Ministry claimed in the past that it would agree to increase the budget to complete EMO only after getting a guarantee that Enel would actually finish the construction of the blocks and specify the date for its completion, the Sme daily wrote.

The original dates, set for the end of 2012 and autumn 2013, respectively, were postponed to the end of 2014 and 2015.
The shareholders now say that the dates will be set by an analysis that will cover all final measures resulting from stress tests and which impact the schedule and budget of the project. The analysis will be finished in summer, SE wrote.

Several observers, however, questioned the investment in the EMO’s completion. According to Radovan Kazda from the energie-portal.sk, the project’s success, and eventually the amount of money the state budget will receive, will depend on electricity prices. These are, however, low, standing at about €30-40 per MWh, the Hospodárske Noviny daily wrote.

Moreover, the European Union does not plan to support electricity produced via nuclear power plants, but rather, energy from renewable resources, whose share should increase to 50 percent of the total produced volume by 2030, according to Hospodárske Noviny.

Energy prices were one of the reasons why the state concluded talks over the possible entry of Russian company Rosatom into the project of the construction of a new nuclear power plant in Jaslovské Bohunice at the end of 2013.

Rosatom asked for guarantees that the minimum prices for electricity would be €60-70 per MWh, but the state could not promise this, Hospodárske Noviny wrote.

Economy Minister Tomáš Malatinský, however, told SITA in December 2013 that the talks may resume if the conditions change.

“At the moment we have no commitment towards Rosatom about their having any exclusivity,” Malatinský said, suggesting that another strategic investor entering the project has not been ruled out. A number of informal meetings were taking place at the time, during which others have suggested that they might be interested, Malatinský admitted, without specifying the parties involved.

Rosatom has repeatedly claimed it is interested in entering the project, with the potential start of construction in 2021.

Meanwhile, the company JESS finalised the selection process for the Environmental Impact Assessment report provider. The company AMEC was selected for the task.

The feasibility study suggests that testing of the operation of the new power plant could start after 2025, according to SITA.

The cost of the project is estimated to be from €4 billion to €6 billion.