THE SLOVAK government says they are ready to help Ukraine with natural gas supplies, but an agreement between the two parties remains on hold as officials seek solutions that will not conflict with other contractual obligations – like the terms of Slovakia’s own renegotiated gas contract with Russia’s Gazprom that was closed at the start of the year. 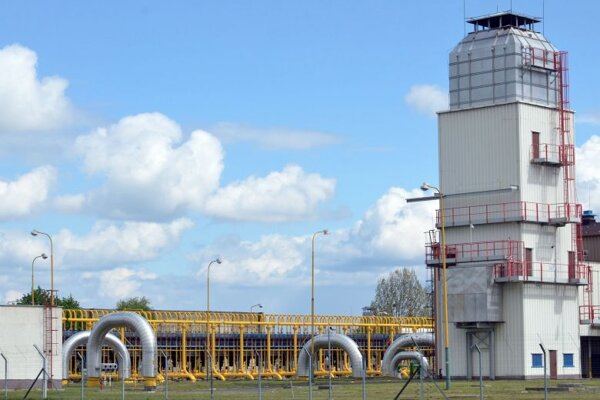 THE SLOVAK government says they are ready to help Ukraine with natural gas supplies, but an agreement between the two parties remains on hold as officials seek solutions that will not conflict with other contractual obligations – like the terms of Slovakia’s own renegotiated gas contract with Russia’s Gazprom that was closed at the start of the year.

As neighbouring Ukraine struggles to cope with hefty and rising Russian gas bills, not to mention continued unrest in the eastern part of the country, Slovakia has agreed in principle to a reverse flow that would send gas eastward into Ukraine – a move strongly encouraged by the European Union and the United States. The practicalities of doing so have proved more difficult. While the full terms of the Slovak contract with Gazprom remain sealed, the Russian energy giant frequently includes so-called “destination clauses” in contracts that prevent customers from reselling excess supplies of gas to others.

While Slovakia came to the latest talks scheduled for April 15 in Veľké Kapušany, the home of a gas compressor station, with a pre-signed document on building an interconnector through an alternative, smaller pipeline, Ukrainian leaders were unhappy with the offer. Slovakia proposed using a 700-milimetre-diameter pipeline, built to supply the Vojany power plant with gas from Ukraine, to secure the reverse flow.

Ukrainian officials instead hoped to utilise the spare capacity of four other existing pipes operated by the Slovak pipeline operator Eustream going through Veľké Kapušany.

Slovak Economy Minister Tomáš Malatinský and Ukrainian Energy Minister Yuri Prodan led the reverse gas flow talks in Veľké Kapušany, which is also the border entry-exit point between Slovakia and Ukraine enabling access to the gas transmission system. The talks took place in the presence of Klaus Dieter Borchardt, director of the internal energy market at the European Commission.

“The European Commission attributes to these talks and the reverse flow large importance,” Borchardt said, as quoted by the SITA newswire. “It is not only a technical problem. A solution to this problem also has political significance because it is a signal of providing help to Ukraine and its gradual integration to the union.”

In April, Russian gas company Gazprom introduced two gas price hikes for Ukraine, effectively removing the previous discounts that were in place and doubling the price. This saw Kiev launch emergency talks with its EU neighbours.

“The price of gas that Russia offered us is not acceptable for Ukraine,” said Prodan, adding that thus the realisation of the reverse flow of gas is an issue of Ukraine’s energy security. “It is good that we have reached a stage when also an alternative proposal of the reverse supplies of gas to Ukraine is being discussed.”

Based on the proposal Slovakia put on the table in Veľké Kapušany, gas supplies could start flowing to Russia as early as November 2014, however not in the volumes Ukraine is hoping for. The Slovak offer calls for initially sending 3.2 billion cubic metres of gas annually, while the supplies could gradually increase to 9 to 10 billion cubic metres annually, SITA reported.

Ukraine consumes around 50 billion cubic metres of gas each year, half of which is supplied by Russia.

“The Vojany solution won’t secure gas supplies to Ukraine until next winter,” said Borchardt, as quoted by the TASR newswire, adding that the Ukrainian proposal must go through a comprehensive analysis first.

Prodan contends that there are already four pipelines running to Kapušany, which are used only at half of their capacity, and thus proposes using these for the reverse flow.

While he did not specify the amounts Ukraine would prefer to receive, he said that “the volumes that should be supplied through Slovakia with consideration to agreements we have with Hungary and Poland, these would be sufficient for securing the energy safety of our country”, TASR reported.

Malatinský and Prodan have confirmed that the talks will continue, and claim they will wrap up within two weeks.

“It is not that easy to establish gas supplies to Ukraine from the west and from Slovakia,” Malatinský said, as reported by SITA, adding that there are several technical specifics that need to be resolved first. Additionally, there is also a problem in terms of contracts, “since this route only serves to supply gas from Gazprom through Ukraine to Europe”.

Malatinský asserted Slovakia is ready to help Ukraine, “but we need to do it in such way as to not forget the Slovak and the European interests, because that gas flows to Europe”.

According to the Slovak side, the reverse flow project will require investments of €21 million from Slovakia, which would like to receive financial support from the EC.

Just days before the Veľké Kapušany meeting, Prime Minister Robert Fico reiterated during a televised political talk show that Slovakia is ready to launch the reverse flow of gas but under what he called “normal and serious conditions”.

“We have become something which is today being pushed by two huge boulders from the left and right, and we must behave reasonably with common sense,” Fico told the TA3 all-news channel on April 13.

Fico suggested that the Ukrainians are not ready to pay for the gas.

“As though they were playing a game, we are here now, so fight for us,” Fico told TA3. “We will lean to whoever gives us more.”

The Slovak prime minister said he is glad that Ukraine has signed the association agreement with the EU, but if the country expects help, it must do its homework first.

Experts however say that the reverse flow is an interesting opportunity for Slovakia.

“The reverse flow is part of the plan to make from Eustream a regional distribution node of interconnections and gas supplies in the north-south direction, as well as east-west and vice versa,” Karel Hirman of the Slovak Innovation and Energy Agency told The Slovak Spectator in an earlier interview, adding that smaller reverse supplies of gas to Ukraine occurred last year via Hungary and Poland, which proves that these plans are realistic, and that this is an interesting commercial opportunity for the Slovak gas pipeline operator.

Foreign Affairs Minister Miroslav Lajčák said on April 13 that Slovakia would start work on launching the reverse flow even though there are no guarantees as yet, since the technical work will take up to several months and Slovakia meanwhile can handle the legal and other aspects. The next day the Economy Ministry issued a licence to Slovak pipeline operator Eustream to start work on the reverse flow, SITA reported.

US Vice President Joe Biden spoke with Fico over the phone, thanking Slovakia for helping Ukraine diversify its energy supply, which western nations see as key to reducing Europe’s dependence on Russian gas, according to the Associated Press.

Though Fico assured Biden that Slovakia is ready to help Ukraine, he recently spoke of wanting some guarantees that the €20 million Slovakia is about to invest will be returned.

Ukraine halted filling its underground gas storage facilities with Russian gas on April 9 after Gazprom increased the gas price for Ukraine to $485 per 1,000 cubic metres during the previous week. This is the highest price Gazprom requires from its clients. Gazprom also said on April 8 that Ukraine has not paid for March gas supplies and that it owes it $2.2 billion for gas.
Ukraine hopes to get cheaper supplies from Europe.

Slovakia has not recorded gas supply problems thus far. In early March, Slovakia had 1.77 billion cubic metres of gas in storage, which should be enough for four months if supplies were to be completely cut off, according to SITA. Slovakia is nearly 100 percent dependent on Russian gas.

Hirman of SIEA said it is only a question of time when Russia halts gas supplies via Ukraine.

Meanwhile, Fico has also said that gas supplies from Russia to Ukraine could be halted: “I feel this as a real threat, because this is not fiction. We have experienced this in 2009, when gas supplies were interrupted”, Fico said, as quoted by TA3.

Fico was recalling when a dispute temporarily halted the gas flow and brought some of the country’s business giants to a shuddering halt in 2009. After 13 days, supplies were restored, but the incident still resonates and recent developments mean those fears are resurfacing.

According to Ján Klepáč, executive director of the Slovak Gas and Oil Association, any dependence on a specific commodity can become a geopolitical weapon.

“This is why roughly 10 years ago energy security in most countries became part of their national security,” Klepáč told The Slovak Spectator.