WOMEN that are the targets of violence in Slovakia often remain silent and hide their pain under the pretext of social conventions that lead them to expect a lack of sensitivity from relatives or police. In Slovakia every fifth woman has personally experienced violence, a fact linked to gender prejudices and women’s economic dependence on men. 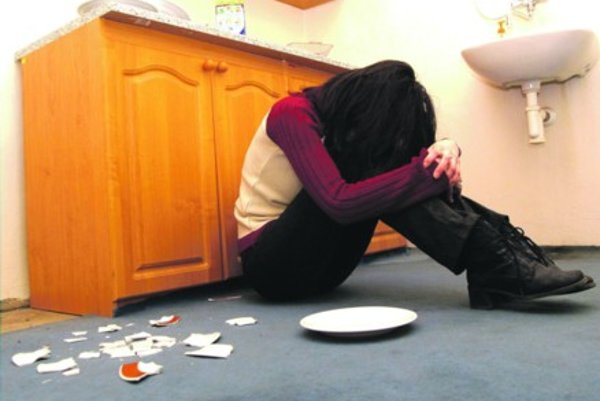 WOMEN that are the targets of violence in Slovakia often remain silent and hide their pain under the pretext of social conventions that lead them to expect a lack of sensitivity from relatives or police. In Slovakia every fifth woman has personally experienced violence, a fact linked to gender prejudices and women’s economic dependence on men.

For example, Lenka, the 28-year-old woman who was raped when she was 19 and the day after, during the police interrogation, the police officers made fun of her, she told to Sme daily in October 2013.

“It was humiliating.” Lenka said, as quoted by Sme. “They were laughing, asking me whether I think that they are able to find him using just my description [of perpetrator].”

In 2010 Lenka was raped again, but decided not to tell police because of her previous bad experience.

There were 184 cases of abuse on women reported in Slovakia in 2013 compared to 209 cases in 2012. One in five women is estimated to be the target of violence at some time in her life, according to the SITA newswire.

However, those numbers are just tip of the iceberg; big part of abuse and violence cases probably never makes it to police statistics as they go unreported. It is estimated that 21.2 percent of Slovak women have experienced violence from their current partner, while 27.9 percent from ex-partner. Further, 26.8 percent of women have experienced touches, frictions and other inappropriate and unwanted forms of intimate contact from men who are not their partners, according to sociologist Barbora Holubová of the Institute for Research of Work and Family (IVPR), a state contributory organization, SITA reported.

“Even it could be said that public sensitiveness towards violence on women has increased in last few years it is still a taboo issue, especially in so-called higher groups of society,” Oľga Pietruchová, the head of Labour, Social Affairs and Family Ministry’s gender equality department, told The Slovak Spectator.

In an attempt to improve the protection of women and children Slovakia plans to the ratify Istanbul Convention on preventing and combating violence against women. It imposes obligations on states to train experts for dealing with victims, secure aid services for victims, implement study materials for gender equality education into national curriculums and create sufficient amount of crisis centres. However, the Justice Ministry delayed the ratification process until the end of 2016 as it prepares several legislative changes and a new law on domestic violence, Pietruchová said.

In European Union, it is estimated that about 7 percent of women aged 18–74, around 13 million women, have experienced physical violence during the 12 months before the interview, according to a survey made by the European Union Agency for Fundamental Rights (FRA) published at the beginning of March. The survey is based on interviews with 42,000 women across the EU who were asked about their experiences of violence.

An estimated 3.7 million women in the EU have experienced sexual violence in the course in 12 months, corresponding to 2 percent of women aged 18–74 years in the EU. One in 20 women has been raped since the age of 15.

The reason behind this violence is prevailing image in society of women who are supposed to be subordinate to men in family relations, according to Andrea Babušáková of Slovak state police violent crime department, the TASR newswire reported.

Violence on women is the only form of violence where people think that it is the victim’s fault, Pietruchová said. Such attitudes legitimize violence and deprive the offenders from liability.

“Many times even the woman’s late arrival from work, having the own opinion, visiting friend or criticising men is considered as provocation,” Pietruchová said. “Many times men see provocation in [woman’s] behaviour which they would consider as normal in a case where it is their own [behaviour].”

However, Irena Belohorská, the head of the Women’s Union of Slovakia pointed out that even women sometimes make poor choices in partners, ignoring signs of violent behaviour and then are later ashamed to admit it.

Men who abuse women often express a great self-confidence, which may be attractive for women and the demand for men who can be a supportive partner is still high in Slovakia, psychotherapist Ivan Valkovič told The Slovak Spectator. Such men may appear as supportive at the beginning of the relationship, he added.

Women in social groups where speaking about violence is highly taboo use to hesitate to seek help, according to Pietruchová.

“Revealing violence would have serious impacts on many women,” Pietruchová said. “For example, the family’s reputation could be harmed, husband could lose his job, children could lose their father and the family its income.”

Women who experience violence try to do their best to change the situation. They want to stop the violence but at the same time they want to save their relationship or marriage. Only when all their efforts turn to be unsuccessful they approach people outside their family which is not always safe solution, according to Pietruchová.

Some mistreated women may also follow the pattern of so called Stockholm syndrome, the behaviour of victims who develop strong emotional tie to their abuser and try to apologise for their acts, Valkovič said. Moreover, even the police adopted motto: “help and protect” many people do not trust them, he added.

Women from marginalised Roma communities are particularly vulnerable to violence, according to Holubová. While every fifth women is the victim of violence among the whole population, in the case of Roma it is estimated to be every third or fourth woman, Holubová said, as quoted by SITA.

The poverty present in Roma marginalised communities makes women dependant on their partner or community which may escalate to human trafficking and forced marriages, Holubová explained. In those cases the violence has wide forms such as beatings, abuse or prostitution.

“The community intervenes in family violence only in cases when woman is badly hurt, yet she is expected to stay in such a violent relationship,” Holubová said, as quoted by SITA, adding that for those women is bigger shame to be unmarried and not a virgin than living with violent partner.

Many victims seek help in social or supportive services but the social protection system is not able to help them. This indicates that the Slovak criminal justice system and social services have serious shortcomings, according to Holubová.

Pietruchová admits that Slovakia’s police forces lack the sufficient amount of specialised police officers able to solve such sensitive cases. Therefore her department, inspired by foreign systems, proposes to have female investigators trained to know how to approach those victims in a way that women will be encouraged to report violence.

“They have to mention details [of that act] during the interrogation and hearing at court,” lawyer and former investigator Jaroslav Ivor told to Sme in November 2103. “From this perspective the sensitive approach is important.”

In addition, Police First Vice-President Milan Lučanský claims that in case of rape victims police officers use to approach those people in “particularly sensitive” way, as quoted by Sme, arguing that police have not received any complaints about any inappropriate behaviour so far.

Even if there are some training courses for dealing with women experiencing sexual violence, investigators, prosecutors or judges are many times unprepared for such cases, according to Jana Šípošová, the head of Victim Support Slovakia, a citizen organization. She added that trainings are voluntary, irregular and basic, Sme reported.

“It is hard to speak about that, not just because of sexual violence, but particularly because those are cases of human dignity humiliation,” Šípošová said, as quoted by Sme.

Besides the official approach, many rape victims experience the misunderstanding and further traumatisation even from close associates, while in some cases the support from them is all that a victim might need for recovery, psychologists told Sme.

Valkovič explained that victims of violence are generally not able to defend themselves properly therefore they become easy target for others.

“I fear that somewhere deep in our soul is some sort of reflex which commands us to hit the victim,” Valkovič said. “It is safe for us and we can enjoy the power.”