Quality of democracy down in 2014 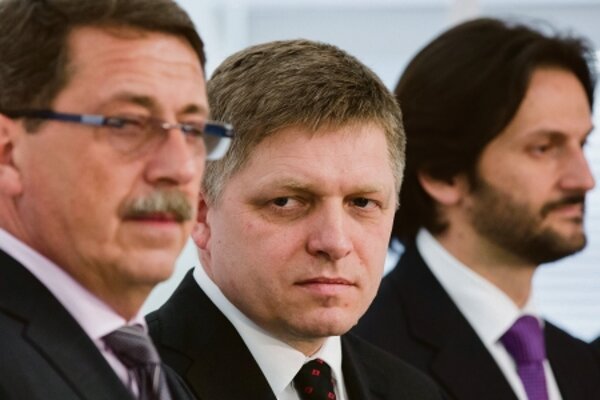 In the first quarter of 2014, Slovakia’s democracy received a grade of 3.2. In the year-on-year comparison, the index of the quality of democracy dropped by 0.3 percentage points, while in the quarterly comparison it dropped 0.1 percentage point. This stems from the evaluation of the analysts of the Institute for Public Affairs (IVO), a non-governmental think tank.

The potential marks in the barometer range from 1 to 5, with 1 representing the optimal state of democracy based on standards and comparative criteria in other EU and Council of Europe member states. The IVO Barometer evaluates four areas of democracy: democratic institutions and a lawful state (giving Slovakia a grade of 3.5 in the first quarter of 2014); legislation (a grade of 2.75); respect for and protection of human and minority rights (a grade of 3.5); and media freedom and the quality of public-service media (a grade of 3.0).

The biggest drop was recorded in the area of legislation, which saw a culmination of unfavourable tendencies in the legislative process from the end of 2013. The area was evaluated with a score of 2.8, a 0.4-point decline. In the area of legislation, the most significant initiative of not only this quarter but also the whole term of the Robert Fico government so far, is the draft constitutional amendment introducing judiciary reform and a traditional definition of marriage as a union between a man and a woman.

“This amendment is an example of using a legislative proposal with the aim of gaining concrete political benefits,” IVO president Grigorij Mesežnikov said, as quoted by the TASR newswire.
The same decline was recorded in the area of minorities and human rights protection, which was graded at 3.5.

The remaining two areas, democratic institutions and the rule of law, and independent media and public-service media, received the same grade as the previous quarter.

The evaluation of democratic institutions and the rule of law, given a grade of 3.5, stems from the overall result of the long-term trends in the ruling party’s approach to power.

“Representatives of the ruling Smer party put stress on the effectiveness of government, that is on their own ability to promote political solutions in line with the set political and programme priorities, dealing less or not at all with the importance of such aspects of ruling, like openness, inclusion, power distribution, balance and control,” the IVO Barometer report reads, as quoted by TASR.

This area was also significantly impacted by the atmosphere in society and the political scene ahead of the presidential election.

“Even though the 2014 presidential election fulfilled the criteria of free and pluralistic elections, the election campaign provoked doubts about whether the election was also just and honest,” Grigorij Mesežnikov said, as quoted by TASR.