SOME €8 million from European Union structural funds should help the Health Ministry train new doctors as general practitioners and paediatricians, two specialisations that are seeing their current ranks ageing. 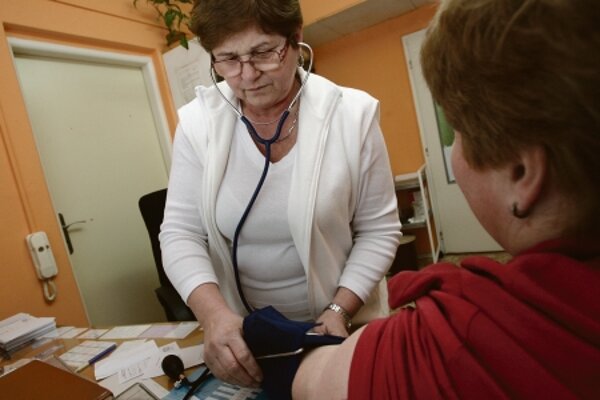 SOME €8 million from European Union structural funds should help the Health Ministry train new doctors as general practitioners and paediatricians, two specialisations that are seeing their current ranks ageing.

The ministry will offer the money through its Resident Programme, which it introduced last year and which should make the specialisation of general medicine and paediatrics more attractive for students who will gain experience directly at clinics. The applications should be submitted by June 2. Most medical schools, which are entitled to draw the funds, welcome the project and say they will join.

According to the Health Ministry, the average age of general practitioners and paediatricians has gradually increased, and now stands at 50-59.

“Unfortunately, we do not have enough young medics who want to devote themselves to this specialisation after graduation,” Health Minister Zuzana Zvolenská said last year when introducing the project.

The project should help to decrease the average age of general practitioners and paediatricians, improve the level of education in general medicine and paediatrics, and improve the quality and accessibility of primary health care, the ministry said.

The students will work mostly at inpatient departments in hospitals and then have six months of practical training at regional clinics. This preparation period before acquiring the specialisation will last three years for general practitioners and four years for paediatricians.

During the whole residency, students will have a guaranteed job in a faculty or university hospital for the same salary as other trainee doctors, Health Ministry spokeswoman Martina Lidinská told The Slovak Spectator.

The applications can be submitted by all public and state universities with accredited specialised studies in the area of general practice and paediatrics. The minimum subsidy will stand at €500,000 and the maximum subsidy at €6 million, Lidinská said.

Jaroslava Oravcová, spokeswoman for the University of Pavol Jozef Šafárik in Košice, Ján Danko, dean of the Jessenius Faculty of Medicine of the Comenius University (UK) in Martin, and Katarína Gazdíková, the guarantor of the Resident Programme at the Slovak Medical University in Bratislava (SZU), have confirmed to The Slovak Spectator that they want to join the project.

The Faculty of Medicine of the UK in Bratislava will probably apply only for the projects for students who will work outside Bratislava Region, Lidinská said on April 16.

Peter Labaš, dean of the faculty of medicine in Bratislava, told the Sme daily earlier that they would not join the project as they do not have any contracts with general practitioners in Bratislava where students would possibly work.

At present, graduates that want to enter general practice generally have a starting salary of zero as they do not get a job at a hospital. Moreover, they have to obtain work experience for which they do not get a salary; instead they are required to pay between €100 and €400 a month for it. This creates financial barriers to anyone who wants to become a general practitioner, Peter Makara, head of the Slovak Society of General/Family Practice SLS (SSVPL SLS), told The Slovak Spectator in May 2013.

Makara said there are number of problems the specialisation faces. Another is a missing real education programme that would secure that older general practitioners will be replaced by younger graduates. He also mentioned a lack of money, which at the moment only covers about 60 percent of the costs at clinics. This lack of money means that private doctors do not get paid as much as doctors in hospitals, who receive salaries set by law, Makara said.

Moreover, he pointed to some prescription and competence restrictions which “prevent comprehensive and quality treatment [being provided to] patients”. Makara said he hopes that the Health Ministry will try to remove these legislative obstacles in order to improve the accessibility, complexity and quality of primary health care.

“A successful resident programme might be the first stage in this improvement,” he told The Slovak Spectator.