Fraud in outsourcing is preventable

OUTSOURCING may increase the risk of fraud, but it does not occur automatically. While experts have registered a relatively high occurrence of fraud related to outsourcing services, some of which originate from within the firms doing the outsourcing, many are convinced that the risk can be averted if companies properly vet their partners and make sure their contracts are airtight. 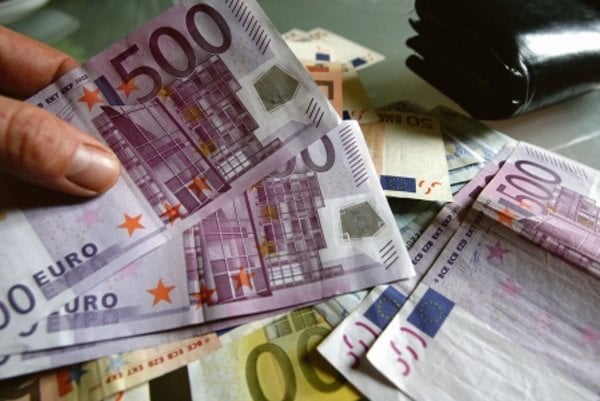 Outsourcing is not immune to fraud. (Source: SME)
Font size:A-|A+0

OUTSOURCING may increase the risk of fraud, but it does not occur automatically. While experts have registered a relatively high occurrence of fraud related to outsourcing services, some of which originate from within the firms doing the outsourcing, many are convinced that the risk can be averted if companies properly vet their partners and make sure their contracts are airtight.

In PwC’s Slovak CEO Survey 2014, conducted in cooperation with Forbes magazine, categories of economic crime were extended to include procurement fraud. Potentially driven by the ongoing trend of outsourcing and organisational interconnection, procurement fraud was cited by 31 percent of the respondents, making it one of the most common types of fraud in Slovakia.

“Generally speaking, when an organisation goes outside its own walls for services, goods or assets, the potential for procurement fraud exists,” the survey reads. “An increasing interconnectedness of business entities, together with more common outsourcing, makes companies more vulnerable to procurement fraud than ever before. Moreover, there are numerous ways procurement fraud can be committed. As a result, procurement fraud is one of the more difficult forms of fraud to detect and investigate.”

Monika Smižanská, director of assurance at PwC in Slovakia, added that the survey’s respondents regard vendor contracting as the biggest risk in this field.

“As the detection of procurement fraud is difficult, it is probable that the actual occurrence is even higher,” the survey reads.

According to Smižanská, while outsourcing can in some ways increase the risk of fraud because of less supervision, she believes that outsourcing mostly increases the quality and consistency of outsourced processes, which is one of the main goals of outsourcing, apart from reducing costs and other factors.

Pavol Suďa, head of investigations and director of Surveilligence SK, believes that outsourcing exposes companies to a higher risk of fraud in accounting, payroll agenda and procurement only in cases where the conditions, processes and supervision have not been properly set.

“In general it is possible to say that as far as a company outsources only processes, for example, payroll agenda, but does not also outsource risks, it is more dangerous than, for example, an increase in the risk of fraud,” Suďa told The Slovak Spectator, adding that this is also why the corporate culture of the company providing the outsourced services, as well as its environment and system of internal control, its employees and other factors, matter.

Ľubica Vandáková, senior manager of the forensic services department at KPMG in Slovakia, does not believe that outsourcing of services as such automatically increases a company’s vulnerability to fraud.

“This, of course, does not apply to situations when the outsourcing of services was implemented with a particular objective to facilitate the creation of a fraudulent scheme – as has been the case in some of the fraud investigations we have conducted,” said Vandáková.

Vandáková cited as an example a case investigated by KPMG when a local branch of an international company was the victim of fraud perpetrated by its local managing director, whereby the company purchased overpriced services from a supplier with links to the managing director.

In another case an organisation outsourced certain high-value tenders to an external party with which it colluded to influence the supplier selection.

Companies often make several mistakes that can lead to fraudulent behaviour. Suďa cites insufficient checking of the provider’s integrity. This means not conducting a thorough check of the provider’s references, employees, corporate culture, capacities, technological preparedness, management, as well as its ability to process not only outsourcing but also control and supervise over the long term. Another mistake is failing to select a reliable provider, who is not aware or does not know about the risks of the occurrence of fraud.

Another common mistake is when companies do not check the selection of employees of the outsourcing provider.

“It is not unidentifiable subjects but specific employees who conduct fraud,” said Suďa.

According to Suďa, contractors, along with outsourcing a process, also outsource the risk related with this process. A typical mistake is inadequately setting a process of control and supervision over the provider’s conduct.

Smižanská said a frequent mistake is accepting services which are inconsistent in terms of quality or price. Another is to ignore the complaints and notices of employees and suppliers.

Smižanská regards contractual relations as the most important factor, citing a proverb in Slovakia that says, “good contracts make good friends”, and this is also the case for business.

“A standard license agreement (SLA) should cover as much as possible and define responsibility on both sides,” said Smižanská, adding that it is, of course, impossible to foresee all possible scenarios.

To minimise the risk of fraud, it is crucial that maximum attention is paid to the selection of the supplier. The whole process must be transparent, according to Vandáková.

“Also, the contract with the provider of outsourced services shall appropriately specify mechanisms ensuring the company proper control over cooperation with the provider,” said Vandáková. “Such rules shall be set up taking into consideration the existing internal control environment of the company.”
Suďa agrees, adding that companies eager to outsource some of their activities should perfectly understand processes to be outsourced and identify the weak points in these processes.

“I recommend not forgetting to conduct analyses of fraud risks and identifying the risks and specific schemes of possible fraudulent conduct,” said Suďa. “It is also possible to prevent fraud by creating an environment of supervision over the activities of the provider of outsourcing and by setting preventive control measures on the basis of identified schemes of fraudulent conduct.”