The last mansion of Senica

THIS PRETTY postcard of a Senica mansion, also known as “Machatka”, dates back to 1910. Machatka is the only construction of its kind in this western Slovak town to have survived harmful reconstruction during communism. 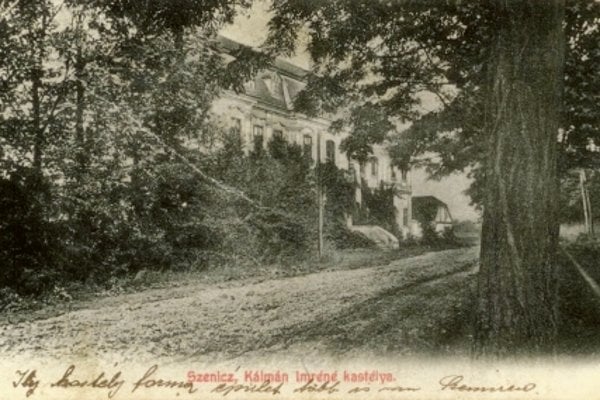 At the time this photo was taken, several other mansions existed in Senica; this can be proven by the text on the postcard, which states “there are more similar mansions (like this) in Senica”. It is unfortunate that the signature on the postcard is unrecognisable, since the author writes that the mansion is “a new residence”. It is quite possible that he was one of the mansion’s owners.

The Senica mansion was built in the late Baroque style and completed in 1760, probably to the design of Vienna architect Franz Anton Hillebrandt. As can be seen from the postcard, the building was surrounded by a densely wooded park, reportedly filled with many precious trees. Today, the park is much smaller and the mansion houses the Záhorie Gallery.

Of all of Machatka’s former inhabitants, Alžbeta Pokorná is worth mentioning. This visual artist, illustrator and patron taught artistically talented children and used some of her earnings to help impoverished families. She illustrated several religious books for children that were published in 1940s by the St Adalbert of Prague publishing house in Trnava.