THE SLOVAK government has made another step toward the sale of a minority stake in Slovak Telekom (ST). On April 23 it approved an amendment to the privatisation act extending the means for the sale of state assets to include the stock exchange. The new legislation still needs approval by the full parliament, which is expected. 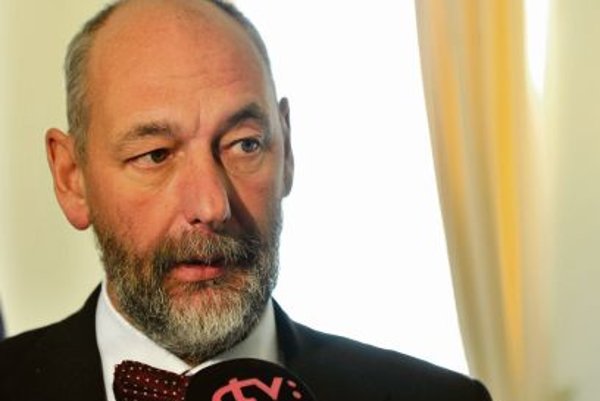 THE SLOVAK government has made another step toward the sale of a minority stake in Slovak Telekom (ST). On April 23 it approved an amendment to the privatisation act extending the means for the sale of state assets to include the stock exchange. The new legislation still needs approval by the full parliament, which is expected.

“I consider this to be the most transparent way,” Economy Minister Tomáš Malatinský told the TA3 news channel, adding that this also creates preconditions for starting up the functioning of the capital market.

The draft revision to the privatisation act prepared by the Economy Ministry is to create legal preconditions for the sale of shares held by the state or also the National Property Fund (FNM), through capital markets via the form of the initial public offering (IPO) or dual track that combines an IPO and a direct sale. Thus far, rules have limited the sale of state shares only in the form of public tenders, public auctions, direct sale or through coupons and bonds. The new legislation should become effective as of July 1. The Finance Ministry would like to see money obtained from the sale to reduce state debt.

Prime Minister Robert Fico is avoiding using the term privatisation for the planned sale of the 49-percent stake in ST. The government hopes to cash in for €1 billion by selling its minority stake. Fico is known for his negative stance on privatisation. Three years ago, as an opposition politician, he clearly spoke out on selling off more state assets. He and his Smer party insist the current sale is meant to rectify mistakes made by the first cabinet of Mikuláš Dzurinda, which orchestrated the sale of the 51-percent stake in the company to Deutsche Telekom.

“I announce again, in the case of our participation in the government, we will privatise nothing,” Fico said in April 2011. “Contrary to this, where it would be possible we would stop the started privatisation.”

In the case of the sale of the 49-percent stake in ST, the current Fico government claims that this is not privatisation because the state is receiving no benefits from its current stake. The German majority owners block dividend payments to the state, they say.

“One rightist government was privatising, apart from all others, also Telekom,” Finance Minister Peter Kažimír said, as cited by TA3. “It privatised it in a way that we do not have any benefit from it.”

He recalled that each finance minister had to argue with shareholders each year and representatives of ST over how the dividends would be paid out.

“We do not have control over the operation of Telekom, over the payment of dividends,” said Kažimír, as cited by TASR. “We decided to sell this stake because after the bungled privatisation we are not able to have from it effective results.”

Kažimír is also convinced that the sale of ST shares via the stock exchange would be the most transparent method.

The Finance Ministry expects, based on its budgetary calculations, that €1 billion will flow into the state budget from the sale of the 49-percent stake in ST, according to the public broadcaster STV. While originally Fico indicated to use these proceeds to finance a return to a single payer health-care system, now Kažimír would like to see them used to reduce debt.

“It is of key importance to use these means for reduction of the debt,” Kažimír said, as cited by the TASR newswire, adding that even though the cabinet did not manage to keep the debt below 55 percent of GDP in 2013, the cabinet will do whatever it takes to not surpass the 57 percent of GDP level.

“The planned goal, but without incorporation of changes of methodologies of Eurostat, is at 55.2 percent in 2014,” said Kažimír. “These are goals which we want to meet and part of this project is of course also usage of proceeds from the sale of Telekom.”

The state controls 49 percent in Slovak Telekom, divided up between the Economy Ministry with a 34-percent stake and the FNM with a 15-percent share. On February 12, state officials and Deutsche Telekom signed a memorandum on cooperation. Afterwards the FNM began the process of choosing an investment bank, whose tasks will be especially general coordination and management of the IPO project.

After the cabinet greenlighted the extension of the privatisation law, Miriam Žiaková, spokesperson of FNM, refused to specify that proceeds that the sale may generate.

“We do not assume that such a company as a renowned bank would recommend us a course, which would be disadvantageous,” Žiaková told STV.

It remains to be seen whether the state will sell the full 49-percent stake via the stock exchange or only part of it. However, if the government divides the package, this may influence the final price.

According to market watchers, for Deutsche Telekom it would be beneficial to directly buy a portion from the state and allow the rest to go on the stock market. They would likely seek to buy 16 percent and thus obtain a two-thirds majority of shares.

“The two-third majority secures shareholders comfortable control of the company, in principle it enables it to adopt any decision, including strategic decisions,” Radovan Pala, an attorney with Taylor Wessing E/N/W/C law firm, told STV.

Juraj Miškov, a former economy minister, believes that dividing the state share so that Deutsche Telekom would buy only a 16-percent stake and obtain the two-thirds majority would not be in the public interest.

“Such proceeding … might harm efforts to generate proceeds at the level of €1 billion,” he told TA3.
It will depend on the state whether it will sell some shares to Deutsche Telekom, because when it decides to sell the 49-percent stake via the stock exchange, Deutsche Telekom will not have a pre-emptive right to it, the Sme daily wrote. The German majority owner can employ this right only if the state decided to sell the shares directly. Based on the shareholders agreement, the German co-owner can buy the stake for the same sum as offered by the chosen privatiser.

The ST group closed 2013 with revenues of €827.6 million, which was 1.2 percent less than in 2012. This was the lowest decrease over the last five years. Company representatives ascribed the decrease in revenues to the continuing reduction of interconnection fees in the mobile as well as fixed network and regulation of roaming. EBITDA decreased by 4.6 percent to €337.1 million, the SITA newswire reported on March 6.

“We partly balanced lower revenues from fixed and mobile voice services, for example, in the field of information-communication services, where we managed to increase revenues and also sell new services,” said ST CEO Miroslav Majoroš, as cited by SITA. “We have behind us a strong year in the sale of mobile data and a successful start of the 4G network.”

In 2013 the ST group invested over €103 million, mostly in its infrastructure.

Nevertheless, the company’s value might also be influenced by an eventual fine that the European Commission is likely to impose on it for what it called a refusal to supply unbundled access to its local loops and wholesale services to competitors. The EC launched a formal proceeding against the company after it carried out an unannounced inspection at the premises of Slovak Telekom in January 2009, while the investigation was completed last year. The likely fine is estimated at €200 million, according to Sme.