ONCE separated by the ironclad Iron Curtain, since its fall Austria and Slovakia have resumed fruitful economic cooperation. During the 25 years some 2,500 companies in Slovakia have tapped Austrian capital to grow, employing more than 40,000 people. Total foreign direct investments from Austria in Slovakia amount to €6 billion, making it the second biggest foreign investor in Slovakia. For Slovakia, Austria is its fourth most important export partner. 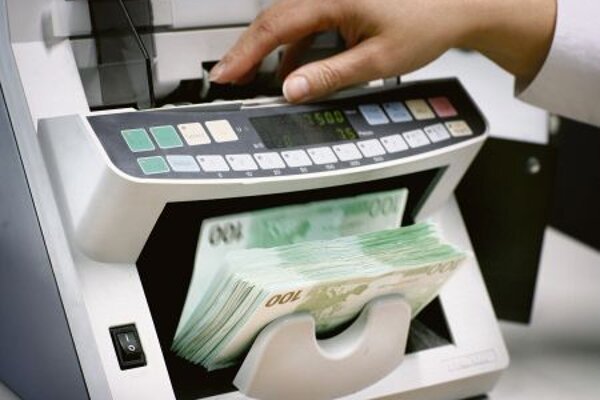 Austria has a strong presence in the banking sector. (Source: SME)
Font size:A-|A+0

ONCE separated by the ironclad Iron Curtain, since its fall Austria and Slovakia have resumed fruitful economic cooperation. During the 25 years some 2,500 companies in Slovakia have tapped Austrian capital to grow, employing more than 40,000 people. Total foreign direct investments from Austria in Slovakia amount to €6 billion, making it the second biggest foreign investor in Slovakia. For Slovakia, Austria is its fourth most important export partner.

“The fast opening of diplomatic relations in 1993 between Austria and Slovakia undoubtedly significantly contributed to the fast growth in the political, cultural and especially economic areas,” Josef Altenburger, the president of the Slovak-Austrian Chamber of Commerce, told The Slovak Spectator. “Nevertheless, we can also extend and improve the cross-border cooperation in 2014 and during the following years, especially in the fields of infrastructure, education and also in tourism.”

Based on the preliminary data of the National Bank of Slovakia, Austria is the second most significant investor in Slovakia, after the Netherlands. Austrian investments in Slovakia are estimated at €6 billion while Austria is present in Slovakia via large corporations like Vöst-Alpine, OMV, Strabag and assorted banks and insurance companies. Small and medium-sized companies predominate.

“Especially intensive is the close cooperation in the sector of subcontractors for the automotive industry, production of machinery and metal products and the electrotechnical industry,” said Altenburger, adding that Austria’s tax advisors, lawyers, real estate agencies and IT sector also have a strong presence.

The Slovak Investment and Trade Development Agency (SARIO) ascribes the continuing interest of Austrian investors in Slovakia to the existence of capital-strong Austrian companies already established in Slovakia, the geographical proximity of the two countries, and the qualified labour force with relatively high language skills. Richard Dírer from SARIO told The Slovak Spectator that Austrian companies in Slovakia are mostly small and medium-sized companies and that IT investments are the latest trend.

SARIO continues to draw more Austrian investments to Slovakia. Dírer specified that SARIO actively communicates with the Slovak Embassy in Vienna and the Austrian Embassy in Bratislava. In 2013, at the invitation of the Federation of Austrian Industries, there was a conference about innovation, which focused on the rapidly developing sector of shared services centres. SARIO representatives also participated in the business and investment forum Inconvienna 2014, with Slovakia featured as a guest country. This event focused on cooperation in energy security and developing permanently sustainable smart cities.

“Certainly there exists so-far unused potential in this sector,” said Dírer, adding that infrastructure projects, on which the two countries are working within cross-border cooperation, represent an opportunity, too.

A recent survey among European investors in Slovakia organised by chambers of commerce of Austria, France, the Netherlands, Germany and Sweden and other organisations confirmed Slovakia’s strong position as an investment destination. It also showed that recent changes in income and payroll taxes as well as Slovakia’s persistent failure to fight corruption and improve law enforceability harm the country’s investment potential.

This year a total of 196 companies took part in the survey and the results were published in March. According to Altenburger, while most of the participants expect moderate economic development in 2014, their opinion is that labour and tax law reforms significantly harm the business environment. He pointed out that companies criticise the cancellation of the flat tax and the increase of the corporate tax, as both these measures have changed one-time strengths into weaknesses. In general, entrepreneurs also expect improved legal certainty, a stronger fight against corruption and more transparency in public procurement.

Still, Slovakia remains attractive for Austrian entrepreneurs, who highlight Slovakia’s membership in the EU and the eurozone, as well as its high performance and labour productivity, skills, knowledge of the German language and relatively low costs.

“In spite of the cancellation of the flat tax, Slovakia is from the viewpoint of the tax burden, much more advantageous than Austria,” said Altenburger.

According to Patrick Sagmeister, commercial counsellor at the Austrian Embassy for Slovakia, as a small and open economy, it is important to fully integrate into the European community.

In the survey results, Sagmeister pointed out the decline in the evaluation of the vocational education system, which was the most significant.

“On one hand we have in Slovakia many companies, which, with wringing hands, search for experts, and on the other hand there are too many young people who in spite of completing school cannot find a job,” Vladimír Slezák, president of the German-Slovak Chamber of Industry and Commerce, wrote in the press release. “This shows how little vocational education is focused in this country on the needs of the labour market.”

Austrians believe that Slovakia, which has scrapped its functional vocational education, can learn from its education system and this is why the commercial section of the Austrian Embassy, the Slovak-Austrian Chamber of Commerce and Austrian companies in Slovakia are launching a dual education pilot project.

In September, the first students will begin attending pilot classes at the vocational technical school in Zlaté Moravce, preparing to be metalworkers, programmers of metalworking and welding machines, and mechanic-mechatronics.

The practical part of the education will make up as much as 60 percent of the total educational process, while the students will undergo this part of their education in Austrian companies which have production plants in Slovakia. These include MIBA Steeltec in Vráble, ZKW Slovakia in Krušovce, Scheuch Prievidza, Pankl Automotive Slovakia in Topoľčany, HTP Slovakia Vráble and Matador Automotive in Vráble.

“The economic cooperation between Slovakia and Austria resumed relatively quickly after the crisis,” said Altenburger, noting that it developed positively also in 2013.

Based on data of the Slovak Statistics Office for 2013, Slovakia’s imports from Austria amounted to €1.49 billion making up 2.5 percent of Slovakia’s total imports. Compared with 2012, they increased by 9.4 percent. Slovakia exported to Austria goods and services worth €3.91 billion, about 6.1 percent of the total of Slovakia’s exports. Compared with the previous year they decreased by 4.6 percent. The trade balance was positive for Slovakia, at €2.418 billion. It decreased compared with 2012, when it was at €2.85 billion.