THE AUSTRIAN Cultural Forum (Rakúske Kultúrne Fórum, RKF) in Slovakia underwent a big change last year when it moved from a historical palace on Ventúrska Street to the brand new Astoria Palace on Hodžovo Square. 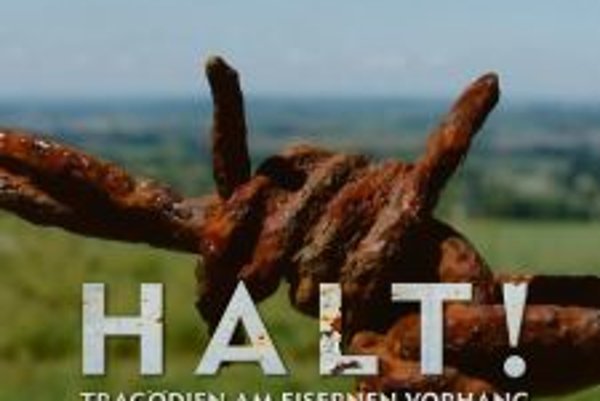 Cover of the book by Stefan Karner (Source: Courtesy of RKF)
Font size:A-|A+0

THE AUSTRIAN Cultural Forum (Rakúske Kultúrne Fórum, RKF) in Slovakia underwent a big change last year when it moved from a historical palace on Ventúrska Street to the brand new Astoria Palace on Hodžovo Square.

“New places always bring new challenges,” Brigitte Trinkl, head of the RKF, told The Slovak Spectator about their relocation. “We were uncertain about how the space would be welcomed by the public and how it could be used at its best, as we are now limited for space. In the old palace we had an exhibition space and a concert hall, and now the venue is different, it is multifunctional. But I have to say that the challenges are very positive: one has to be more flexible, more dynamic and to react more swiftly, so this is an adjustment [to the new space],” Trinkl said.

“To give you an idea of the change: earlier we were comfortably and elegantly placed behind thick walls, while now we are in the middle of the busy city life,” Trinkl summed up. “We are in a very good location, ‘on the pulse of the times’, surrounded by many people, city traffic and pedestrians; an island of creation and re-creation.” She added that the space is more open, more transparent and more inviting for passers-by who suddenly become the venue’s audience, which was proven as early as opening night.

The new premises were opened on October 11, 2013, attended by the Austrian Foreign Ministry’s state secretary Reinhold Lopatka and his Slovak counterpart Peter Javorčík, among other diplomats. The programme was created by Slovak violinist Dalibor Karvay, Austrian violinist Lara Kusztrich and Austrian songsmith Valerie Sajdik, the SITA newswire wrote. Capping off the proceedings was the Philanthropy Band, consisting of foreign diplomats, two mayors and a political analyst. “Our uncertainty about the isolation of the venue dissipated in the opening,” Trinkl said. “And we are very happy that all the members of the band performed. Bratislava mayor Milan Ftáčnik came especially to present the band, with Banská Bystrica mayor Peter Gogola on drums, as well as US Ambassador Theodore Sedgwick on keyboards, Romanian Ambassador Florin Vodita on solo guitar, Gad Amir of the Israeli Embassy on guitar, Slovak Grigorij Mesežnikov [president of the Institute for Public Affairs] on guitar and Shai Saadon [IBM International Service Centre] on bass. The band was really the high point of the event and the audience was frenetic.”

An Exhibition of Ernest Wurm’s work, entitled “Instructions for Idleness”, also opened that day.
“Certainly, we have to adapt to this new space and new possibilities, too,” Trinkl continued.

“Artists sometimes find themselves facing a challenge with this new site; it is, in a way, ‘a work in progress’, nothing is pre-set, like in the old building where the walls created a fixed form for hanging paintings or placing statues. Now, artists change the given environment and adapt their works to it. The current exhibition of contemporary Austrian painter Rudi Stanzel demonstrates this, too: he changed the walls, normally used as panels to affix paintings, into artistic objects and sculptures by wrapping them in plastic foil. I think that artists now work more with the space.” Stanzel’s work will be exhibited in the Astoria Palace until May 12, on workdays.

Life did not stop before the new premises opened, though, and several notable events took place in other venues in downtown Bratislava, like the Impressions From Weinviertel exhibition by Ernst Exinger in the Zichy Palace.

The RKF also participated in projects that have already become longstanding traditions, like the “Statue and Object” open-air festival, the Bratislava Music Festival, Bratislava Jazz Days and the Month of Photography. “We plan for a strong involvement in 2014,” Trinkl said. She stressed the RKF’s healthy, long-term collaborative relationship with the Danubiana Meulensteen Art Museum in Čunovo, the Slovak Philharmonic, as well as a naturally fruitful connection to the Opera of the Slovak National Theatre, whose head, Friedrich Haider, is Austrian.

However, many activities naturally shifted to where much attention was focused last year: Košice, the European Capital of Culture (ECOC) 2013. One of the many events organised with Austrian participation was the Building(s) for the Arts and Contemporary Architecture in Lower Austria exhibition in summer in the newly renovated Kunsthalle that presented the photos of Bruno Klomar documenting cultural buildings erected in Lower Austria in the last 20 years. The hall’s interior, a former swimming pool, created a beautiful synergy.

The most interesting exhibitions for the public were “TAPE” by the Austrian-Croatian trio ‘numen/for use’, who created site-specific installations from fishnets and adhesive tape in spring 2013, and the Temporary Art Pavilion White Noise project of the SOMA architecture group, borrowed from the Provincial Government of the Austrian city of Salzburg. The concert of Lara Kusztrich with the Košice State Philharmonic and conductor Jack Martin Händler on March 13, 2014, demonstrated how ECOC 2013 can continue beyond its original timeline. Also noteworthy was the Košice Artists in Residence project of artistic exchanges between the Austrian city of Krems and Košice that brought Austrians (Andreas Duscha, Roswitha Weingrill and Daniel Hafner) to the eastern-Slovak metropolis and will bring Slovaks to Krems.

Literature is an important aspect of Austrian culture, and students of German language and literature attend RKF events, Trinkl said, as well as many Slovaks and Austrians interested in literature who travel here. The presentation of the book Home Is Everywhere by Austrian journalist Barbara Coudenhove-Kalergi (who disseminated “prohibited information” to Slovaks during communism) was a big hit. The non-fiction book Stop! Tragedies along the Iron Curtain by Austrian historian Stefan Karner that was translated into Slovak uncovered this sad part of the two countries’ joint history that was kept hidden, TASR wrote.

“They wanted to wipe out the names of the victims [shot along the shared border between communist Czechoslovakia and capitalist Austria], the faces of victims, nothing was to be preserved, as if these people never existed, and this is a sign of a totalitarian regime,” Karner said on March 19.
As for future events, Trinkl mentioned a big exhibition opening on May 27 in the Bratislava’s City Gallery’s Pálffy Palace for Ernst Fuchs, a prominent artist, composer, writer, architect, stage designer and representative of the Vienna School of Fantastic Realism.

Also thrilling is discovering artists who are beginning their path to fame, especially at the international level, Trinkl noted, as is the case with violinist Kusztrich.

“We strive to present the completeness of the Austrian cultural and scientific creation,” Trinkl concluded, “but, of course, with the focus not on the tradition, however important and common it might be, but rather on the contemporary, modern, innovative cultural and scientific production. This remains and will remain our main role.”