WITH European elections less than a month away and a record number of 29 parties running their candidates, the campaign has remained tepid, marked by little more than the numerous billboards featuring the faces of the candidates. Not even the Europe-wide debate between the four candidates for the top European Commission post managed to stir much interest among Slovaks. 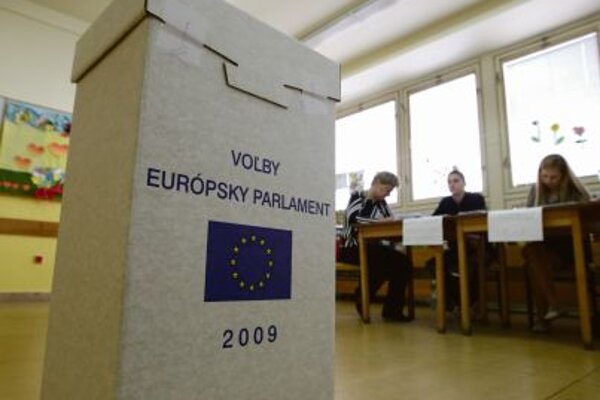 WITH European elections less than a month away and a record number of 29 parties running their candidates, the campaign has remained tepid, marked by little more than the numerous billboards featuring the faces of the candidates. Not even the Europe-wide debate between the four candidates for the top European Commission post managed to stir much interest among Slovaks.

The European Parliament (EP) elections are scheduled for May 24 in Slovakia. Slovaks will elect 13 members of the EP, also known as MEPs, which is also the number of candidates each party is allowed to run on its slate. Most parties have filled all 13 slots.

“Political parties have not gotten engaged in the campaign very much,” political analyst Grigorij Mesežnikov told The Slovak Spectator. While some parties have done nothing more than publish their programme, others have yet to do even that. Mesežnikov called this approach “strange”.

The current situation in Europe offers politicians few opportunities to communicate their message in a comprehensible way. Thus, they have fallen back on defending national interests, Mesežnikov said, with all the candidates promising to secure Slovakia’s voice in the EU.

“All the parties are trying to position themselves in that way, but I don’t believe that is the right thing to do, because the parties are not running as the representatives of nation states, but rather as the representatives of some political directions,” Mesežnikov noted, adding that by doing so, the candidates are not providing correct information about their future work in the EP.

The campaign topics are likely to include the effectiveness and advantages of EU membership, which is mainly EU funds, and the need to make the EU less bureaucratic and more flexible. The situation in eastern Ukraine might surface as a campaign topic too, as the political parties might try to present their opinions on how the EU should act in such situations, according to Mesežnikov.

“For the moment it seems that the campaign will not differ that much [from other EU countries], and that’s a good thing,” Zuzana Gabrižová, editor-in-chief of EurActiv.sk, told The Slovak Spectator. Topics that are common for all EU citizens regardless of their nationality are the quality and extent of EU regulations, solutions to the debt crisis, the level of further integration and the EU’s foreign policy.

Extremism not an issue

Unlike in many countries in western Europe, immigration is not a big issue in Slovakia, and therefore it is unlikely to become a major election topic. While mainstream policiticans in western Europe are calling on voters to prevent right- and left-wing extremists from entering the EP, in Slovakia this provokes no reaction.

This, however, does not mean that extremist parties are not making gains here, as seen with last year’s election win of right-wing extremist Marian Kotleba as governor of Banská Bystrica Region.

“For mainstream political parties this is not a topic they would like to use to gain the support of voters,” Mesežnikov told The Slovak Spectator, explaining that any substantial criticism of extremism would mean having to confront the causes of extremism in Slovakia, such as issues pertaining to the Roma.

“In this, Slovak parties have been very cautious in order not to anger some of their voters,” Mesežnikov said.

In the run-up to the EP elections, two parties have reported receiving offers to buy votes. While suspicions of vote-buying have been reported and investigated repeatedly in municipal and national elections, this is unprecedented in EP elections.

Several candidates of the Most-Híd party, including Tibor Bastrnák, who is running fourth on the party’s slate, reported on April 26 to have been contacted by an anonymous citizen offering to secure votes in the EP elections for €5 per vote.

Earlier, during the presidential election in March, Freedom and Solidarity (SaS) reported similar offers, and filed a criminal complaint.

According to SaS MP Lucia Nicholsonová, three Roma approached SaS members on March 27 in Gelnica, eastern Slovakia, saying that for €3 they would vote for SaS in the upcoming elections to the EP. They also allegedly confirmed that they had been offered €5-€7 for securing votes in the presidential elections, TASR wrote.