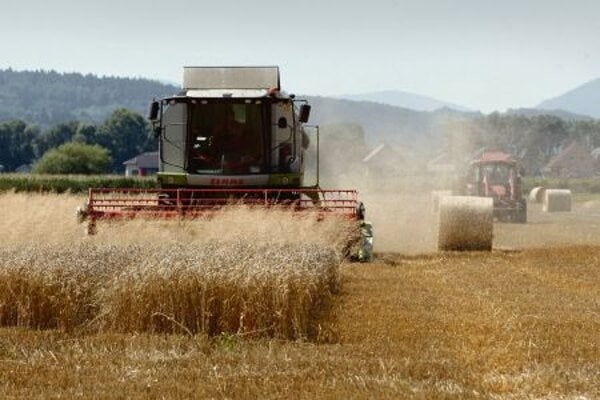 “Foreigners who have been interested in buying land in Slovakia have already done so since there was a possibility to acquire it indirectly,” Martin Lazík from the National Association of Real Estate Agencies of Slovakia (NARKS) told The Slovak Spectator.

The Agriculture Ministry does not expect the moratorium to spur foreigners to start buying the lands en masse. One reason is the fragmented ownership of private land, ministry spokesman Peter Hajnala told The Slovak Spectator.

Slovakia put a moratorium on selling agricultural land to foreign nationals upon its entry into the EU on May 1, 2004. In 2011, the EU approved Slovakia’s request to extend the moratorium by three years, with an expiration date of April 30, 2014.

The Agriculture Ministry was originally expected to prepare the law regulating trade with land and submit it to the government so that the new rules will come into force before the end of the moratorium. The government however passed the bill only at its April 23 session, and parliament will discuss it at the session starting on May 13 as part of fast-track proceeding. The delay was caused by many comments to the draft law the ministry received at the end of 2013, Hajnala said.

“We would rather postpone the law’s effectiveness and implemented the comments than meet the deadline with an imperfect law,” Hajnala added.

Opposition MPs with the Ordinary People and Independent Personalities (OĽaNO) movement however say that the draft law came too late.

“For one month there will be a vacuum during which foreigners will be able to buy our agricultural land without any legislation that would protect it,” MP Martin Fecko told the press on April 30, as quoted by the TASR newswire.

Fecko added that he will ask the Geodesy, Cartography and Cadastre Authority for information on how many land transfers take place between May 1 and June 1, and how many of them were done by foreigners, where and what quality the land had, he told The Slovak Spectator.

Zsolt Simon of Most-Híd says that although the one-month vacuum may accelerate some unfinished contracts over land purchases, it will not affect the market significantly as foreigners have already been able to avoid the moratorium. If they wanted to buy land, all they needed to do was to establish a company in Slovakia and buy it, he explained to The Slovak Spectator.

Nothing in fact prevented foreigners from buying land in Slovakia, confirmed Stanislav Nemec, spokesman for the Slovak Agricultural and Food Chamber (SPPK). While foreign entities could buy land without any restrictions, individuals were allowed to acquire it only after three years of having permanent residency in Slovakia, he said.

Though it is hard to say how much agricultural land foreigners own in Slovakia, as there are no official statistics, the SPPK believes it is between 40,000-100,000 hectares, Nemec told The Slovak Spectator.

The new legislation should, according to the ministry plans, stop speculative purchases of lands and improve the protection of land fund in Slovakia.

Young farmers willing to buy land will not have to fulfil the condition of having three years of farming experience. They will, however, have to promise that for the following three years they will not rent, sell or donate the land.

Those residing directly in a municipality to whose territory the land belongs will have the pre-emptive right to buy the land. If there is no such candidate, the rights fall next to a farmer from the neighbouring municipality. If neither of these parties is interested in buying the land, it will be offered to farmers across Slovakia, and in the last step to farmers from abroad.

The draft law also stipulates that all offers to sell will have to be published on the Agriculture Ministry website for at least 15 days. Owners of land with an area smaller than one hectare will also have to publish their offer on the local information table for 15 days, while those with land bigger than one hectare will have to publish it in at least one printed media publication.

The law will not affect land classified as gardens, land in built-up areas, land used for non-agricultural purposes, or land smaller than 2,000 square metres. Moreover, it will not apply to land with limited possibilities for being used for agriculture, for example those that are subject to protection of nature.

The law will not allow the acquisition of land by foreigners from countries that do not allow Slovaks to buy their land.

The SPPK considers it positive that the draft law introduces a completely new system of purchasing and selling land, which prioritises farmers. Though this system interferes with ownership rights, it may not violate the constitution, Nemec said. Agricultural land is a specific good which cannot be freely traded, he said, adding that other EU countries also have their own systems of trading land, some of which are even stricter.

Igor Hraško of OĽaNO however says that the bill has not made use of all the legal possibilities to protect land that are valid in other EU member states. For example, it does not require the owner to use the land for agricultural production after buying it, he told the press on April 30.
“Though we have law on protection and use of agricultural land, the effective control of its observance does not work here,” Hraško said, as quoted by the SITA newswire.

OĽaNO will submit more than 10 amending proposals to the law in the parliamentary discussion, which would, for example, also allow granting the pre-emptive right to municipalities and the state, Fecko told The Slovak Spectator.

Also Simon says that the new rules will not help to improve the protection of land from foreign investors, but rather limit possible land buyers. There will be only small group of about 16,000 farmers who will have right to buy the land, and nothing will prevent them from selling the land to foreigners later, he explained.