Have Poland and Slovakia changed?

I UNDERSTAND if you shrug your shoulders and remark that I start with the obvious: that we have become more free to travel, study, work, trade or invest (in ourselves) since joining the European Union. But more importantly our way of thinking has become freer and more independent and 82 percent of Poles say they are happy with their lives. 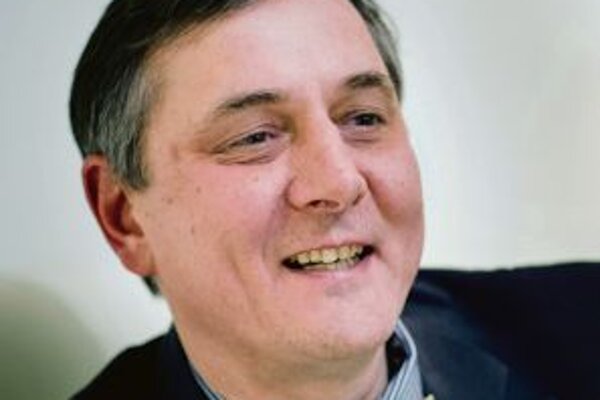 I UNDERSTAND if you shrug your shoulders and remark that I start with the obvious: that we have become more free to travel, study, work, trade or invest (in ourselves) since joining the European Union. But more importantly our way of thinking has become freer and more independent and 82 percent of Poles say they are happy with their lives.

First, to paraphrase Winston Churchill, they see opportunities in difficulties rather than difficulties in every opportunity. In the past decade we have made the best use of the best years in respective national freedoms for centuries. Even if some of us have migrated in search of a better life elsewhere, the same happened to others before us: the Finns, Irish, Italian, Portuguese or Spanish even though they had not been systemically “touched” by communism.

Second, we have become more civic as societies. We have taken things firmly into our own hands. We have started to share our “transition know-how” with others in the western Balkans, Tunisia or Burma. Locally, cross border regions like the Tatras or the Carpathians no longer need to ask capital cities what to do to prosper. I am far from claiming we can now rest on our laurels, but Poland’s municipalities are remarkably strengthened with almost 50 percent of their budgets being generated locally now.

Third, our societies are more educated. The growth of the number of people (age group 30-34) with university degrees is unprecedented: in Slovakia 12.9 percent in 2004 and 26.9 in 2013. In Poland, it is 20.4 percent and 40.5 percent, respectively. New, and also private, educational and cultural institutions have emerged like the Museum of Warsaw Uprising. Now the systemic shift is clear towards the consolidation of educational institutions and adjustment to the needs of the labour market. Science is back “in vogue” with up to 17 candidates competing for one place at a technical university. The industry and businesses are engaged in these changes. Educational reforms, like those in the health-service sector, are the most difficult. Still, Polish teenagers are already scoring among the highest in Europe in testing.

With higher education comes, fourth, increased competitiveness. Poles are ranked as the top workoholics by the OECD. Slovak productivity in the automotive industry is becoming proverbial. The challenge, though, is to go innovative. Asseco Group is a prime example. It was created by a Pole and a Slovak who think alike. Another regional success story is the Aviation Valley in south-eastern Poland where, thanks to international investments by global giants, local experience and the aircraft industry, there is now a multibillion euro cluster.

Fifth, we have become affluent. A recent OECD report highlights Poland and Slovakia as among the top 5 in the world and the only two in the EU to have their average yearly GDP growth higher than 4 percent in 2002-2012. Another report, from the Austrian Erste Bank, underscores the ascent of the Visegrad 4 (the Czech Republic, Hungary, Poland and Slovakia) as the fourth biggest exporter in the EU.

Sixth, we bear more responsibility for others abroad and not only in our neighbourhood. Official development aid from the V4 reached $838.75 million in 2012. Our - Visegrad - continued crisis response presence (within the EU and NATO) in the western Balkans, Cyprus, the Middle East, Afghanistan and now Africa speaks for itself, with thousands of our military, police force and civilian experts participating, some paying the highest price with their lives.

My seventh point is that with affluence and responsibility comes power. The Visegrad’s formal power is compounded by a growing informal influence. The formal voting strength of the V4 is as high as Germany’s and France’s combined. We used that power in budgetary and climate-energy debates. The informal power has transpired in the form of multiple V4+ events: with France and Germany, the Baltics and the Nordics, the western Balkan and eastern European partners, and even Japan.

Our foreign partners have noticed that the V4 is more united, which is point eight. Although the Ukraine crisis continues to be a test for the Western world’s unity, including the V4’s, please read the foreign policy statements and compare them with what the Visegrad said after the war in Georgia in 2008. We can still do more, especially in terms of defence. The Visegrad EU Battle Group is to be ready in 2016 but as a flagship project, it should not distract our attention away from much more ambitious defence planning, exercises and industrial cooperation. We have to be far smarter, we have to pool and share far more effectively.

Ninth, we have become more connected. Can you believe that we have around 15 million visits between Poles and Slovaks every year? Tourist, transit, business and shopping. The Visegrad gas market should be finalised with the Polish-Slovak interconnector in 2018-19. And the Visegrad should be at the fore of the EU’s energy union project, which would reduce to the maximum extent our
vulnerability to the whimsical moods of energy exporters. Last but not least, the International Visegrad Fund supported nearly 3,800 grant projects and awarded over 1,700 scholarships and artist residencies worth nearly €54 million.

And, my final point is that we have become central in Europe and we have become central to Europe. We are central Europeans. Slovakia is in the core with its euro. Poland will fulfil the Maastricht criteria in 2015. Let’s hope that when we - hopefully - organise the 2022 Winter Olympics together, the hundreds of thousands of guests from all over the world in this heart of Europe will use the euro on both sides of the border. But wait... What border?

Tomasz Chłoń is the Polish ambassador to Slovakia