SLOVAKIA experienced in 2013 its most successful year in tourism in the last five years, with 4.049 million tourists visiting the country, which is 7.3 percent more than in 2012. Not since the pre-crisis year of 2008 has the number of visitors to Slovakia exceeded four million. Moreover, tourists are also staying in the country longer - 2.5 days on average last year. 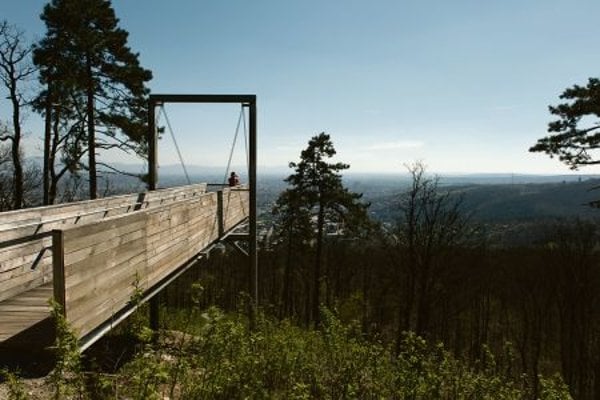 SLOVAKIA experienced in 2013 its most successful year in tourism in the last five years, with 4.049 million tourists visiting the country, which is 7.3 percent more than in 2012. Not since the pre-crisis year of 2008 has the number of visitors to Slovakia exceeded four million. Moreover, tourists are also staying in the country longer - 2.5 days on average last year.

“The positive feature is that the number of foreign tourists is increasing each year,” said Stanislav Macko of the Slovak Tourism Association, as cited by the Pravda daily.

Local tourists remain hugely important to Slovakia’s tourism sector, as Slovaks made up almost 60 percent of the clientele. In 2013 a total of 2.379 million Slovaks spent their holidays in Slovakia, which was a year-on-year increase of 5.9 percent. On average they spent three nights in tourist accommodation facilities. Žilina and Prešov Regions reported the biggest increase in the number of visitors.

The Ministry of Transport, Construction and Regional Development, which also oversees tourism, credits this development with the systematic measures of the Strategy of Tourism until 2020, targeted development of destination management, subsidies provided to entities active in tourism and the marketing of Slovakia to foreign countries.

“Of course, the gradually improving offer of services and the revival of the economy on the international as well as national level are playing an important role, too,” Martin Kóňa, spokesperson of the Transport Ministry, told The Slovak Spectator.

Based on preliminary data of the National Bank of Slovakia (NBS), the increase in tourists was also reflected in the rise in income from inbound tourism, which increased by 7.6 percent to €1.925 billion.

“The increase of income is not only good news for our economy, but is also a great opportunity for all business people in tourism and people employed in this sector,” Transport Ministry State Secretary František Palko said when announcing 2013’s tourism figures in mid-March.

According to Kóňa, tourism’s share of the total gross domestic product for 2013 will not be known until 2015, when the Slovak Statistics Office publishes the so-called satellite account of tourism for 2013. For now, they only know the share of income from inbound tourism, which accounted for 2.7 percent of GDP, an increase from 2.5 percent in 2012. However, this figure does not include income from local tourists.

While traditional tourism statistics focus primarily on so-called flows (the number of visitors, the number of overnight stays, etc.), the tourism satellite account shows how much tourism contributes to the economy and how many jobs it creates. The satellite account is an internationally recognised framework for measuring tourist activity and the importance of tourism to national and regional economies.

Based on a survey conducted by the University of Economics in Bratislava for the Bratislava destination management company Bratislava Tourist Board (BTB) between October and December, foreign visitors spent on average €110 per person per day in Bratislava last year. They spent the most on accommodation, meals and beverages, and shopping and souvenirs. Ľubomír Andrassy, the head of the Bratislava Mayor’s Office, noted that foreign tourists spent minimal amounts on culture, events and other activities, only up to €3, the SITA newswire reported.

The survey shows the biggest spenders to be Russian tourists, who spent approximately €323 per person per day in 2013, followed by Britons, Italians, French and Asian clientele.

“One of the basic challenges is to keep the positive development from the previous year,” said Kóňa. “We will focus especially on further implementing the coordination of subjects involved in tourism and the development of destination management, as well as increasing the quality of provided services and innovations.”

The ministry’s ambition is to further increase the quality of the promotion and presentation of Slovakia as a tourism destination. The ministry plans to focus attention on forms and sectors of tourism which are registering significant growth and for whose development Slovakia has
preconditions. These are summer tourism, development of wellness services, cyclotourism, sightseeing and exploring tourism as well as rural and agritourism, said Kóňa.

One challenge is also to keep the Czech clientele. According to František Stano, CEO of BTB, younger generations of Czechs do not have as close of a relationship to Slovakia as those who were alive when the two countries were united, and the Slovak language has increasingly become a barrier. Since they can speak other languages, they prefer travelling to other countries. It is older generations who spent more of their lives in the former joint republic and better understand Slovak who still like to return to Slovakia. In 2013, 87,348 Czechs visited Bratislava, up by almost 3.7 percent. But the number of nights spent decreased by 3.85 percent.

“If we do not begin to care about this new generation, then the Czech market … will gradually start to decrease steeply,” Stano said on April 1, as cited by the TASR newswire, adding that the Czech market is fundamentally changing and the phenomenon of Czechs as the biggest group of foreign tourists in Slovakia will diminish.

It remains to be seen whether 2013’s positive development will continue in 2014, as the 2013/2014 winter in Slovakia was unseasonably warm, and several ski resorts reported the worst winter season in 16 years. But while ski resorts complain that their clientele has decreased by one third, aqua parks reported a 40-percent increase in the number of visitors, Pravda wrote.

“From my viewpoint increasing the quality of provided services is key,” Palko said in mid March, as cited by TASR.

To achieve this goal the Transport Ministry bought from Germany a license for a service-quality certification programme. Its launch in Slovakia is planned for January 2017.