Bratislava Kunsthalle to open in September

BRATISLAVA residents saddened by the city’s lack of a Kunsthalle should worry no more. After a new Kunsthalle opened in Košice last year, and with Žilina’s New Synagogue currently being transformed into one, the Slovak capital can soon boast of its own Kunsthalle. 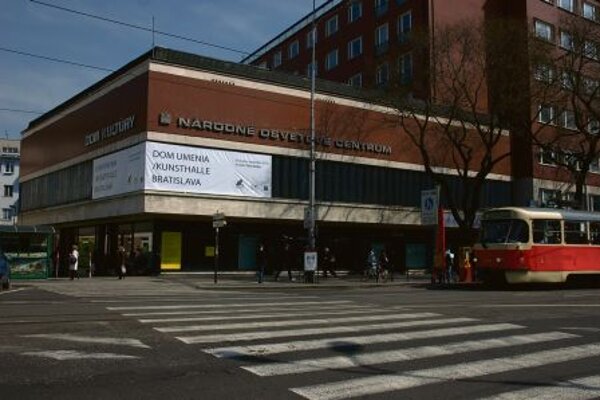 The future home of the Kunsthalle in Bratislava. (Source: SITA)
Font size:A-|A+

BRATISLAVA residents saddened by the city’s lack of a Kunsthalle should worry no more. After a new Kunsthalle opened in Košice last year, and with Žilina’s New Synagogue currently being transformed into one, the Slovak capital can soon boast of its own Kunsthalle.

Commonly found in other European capitals and bigger cities, especially in German-speaking regions, Kunsthalles are houses of art, often run by a non-profit art association, which usually lack their own permanent art collection.

After much political wrangling, the current Dom Umenia (House of Art) in SNP Square was chosen as the site for the new Kunsthalle. The building’s upper section is currently under reconstruction and slated for completion in June.

A tender to find someone to head the Kunsthalle has been opened, and an international committee (to prevent lobbying or cronyism) will select him or her by the end of May.

Kunsthalle to open in September

The first event, scheduled for mid September, is an exploration of the 1990s prepared by nine young curators.

“But not in a retrospective, reviewing style, as is known from [an exhibition in] the Slovak National Gallery,” Juraj Čarný, who is heading the Kunsthalle temporarily during its preparatory phase, told the media. “I see the Kunsthalle rather as a kind of ‘Art Laboratory’ meant to present Slovak art in an international context, and also to promote it among locals,” he explained.

Čarný stressed that the Bratislava Kunsthalle can also serve as “a bridge between the west and the east” through collaborations with partner foreign institutions. He added that visitors will not be watched or chased away by “unwitting lady guardians”, but rather, guided by educated curators who will explain the exhibitions. Accompanying events, including concerts in the adjacent V-Club, will help lure in and educate the public.

Taking inspiration from foreign Kunsthalles, admission will be voluntary. Apart from state funding (through its founding organisation, the Slovak Centre for Visual Arts, which falls under the Culture Ministry), the Kunsthalle will seek out partners, with Tatra Banka being one this year. The wider public will also be able to help fund the facility through a support programme.

Thus, if all goes as planned, by September 12 a new venue shall open in the Slovak capital, representing a “participative type of gallery”, where professionals will explain the modern art to visitors and, ideally, broaden their perception of it.

“For me, a Kunsthalle is something like an international airport,” Čarný explained, “which enables ‘big planes’ to land here and bring many tourists, and enables a completely new type of communication and a new perception of the exhibitions and the visitors participating in them.”