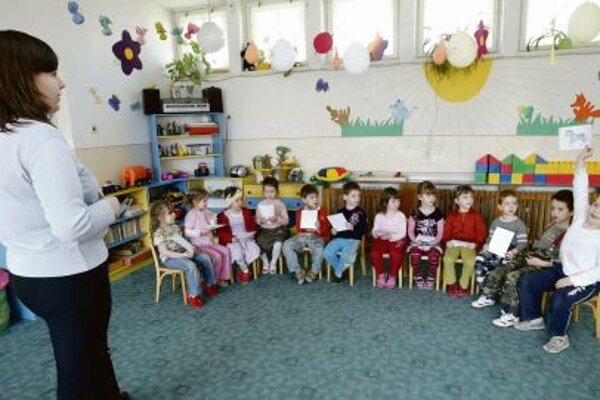 SLOVAKIA, centrally located in Europe, represents an exciting market for countries with English as an official language, according to representatives of several such countries. Those words are supported by the fact that some are among the top investors in the country. The Slovak Spectator made a brief recap of its latest interviews with some English-speaking countries’ representatives, focusing on issues they are currently dealing with.

Similar to Slovakia, these countries are still working to overcome economic difficulties from recent years. At the same time, each of them have their own issues, including increased security concerns in the United States, waves of African immigrants coming to Malta and using the London Olympics to spur investment in the United Kingdom.

As the presidential race in the US was coming to its end in November 2012, The Slovak Spectator spoke to US ambassador to Slovakia Theodore Sedgwick about the differences between American campaign discourse and election discourse in Slovakia. He said that one big difference is that the US election campaign process takes a long time, two years at least. Sometimes people are running for president for four years.

“Here, in this country, it’s very quick, just as in any typical parliamentary system: people get out, they vote,” Sedgwick said.

Slovakia also does not have as many public debates as the US and citizens here are perhaps more interested in stability and more pocketbook-related issues, according to him.
By 2011, 10 years had passed since 9/11, the deadliest ever attack on the US. The Slovak Spectator asked Sedgwick how the US has changed over the past decade in terms of awareness of the terrorist threat. He responded that US citizens’ way of life has changed, probably permanently, and they have to incorporate precautions about security into their daily lives. This sparked a debate about the level of security compensated by restricting of civil rights.

The UK after the Olympics

There is no doubt that the London Olympic Games in 2012 were a success story for British businesses, said Julia Smyth, the former chargé d’affaires of the British Embassy in Bratislava, in August 2013. The games created a multi-billion pound springboard to take British expertise to the world, and the UK Trade and Investment (UKTI) team is working hard to make the most of the significant opportunities. The UKTI’s target is to deliver 11 billion pounds of economic benefit from the London 2012 Games by July 2016, from additional exports, investment into the UK and successful bids for high-value international contracts.

“The Olympic Games also delivered a strong social legacy,” Smyth said. “Last summer, organisers changed the way Britain views volunteering. Since then, thousands of people have been inspired to get involved with their local sports clubs.”

Smyth also spoke about the impact of new taxes supporting renewable power generation, which has been a widely discussed issue in the UK.

“The shift to a low carbon future is an unprecedented opportunity for the UK to transform its economy and to ensure the economic recovery is a low carbon-led recovery,” she said.

The vision is for the UK to be at the heart of the multi-trillion pound market that the global low carbon economy will create and where the UK is seen as a global hub for low carbon solutions. The greatest challenges are finding suitable new technologies to meet the changes that need to be made, according to Smyth.

Just looking at electricity, the UK’s energy mix consists of about 40 percent coal, about 25 percent gas, 15-20 percent nuclear and the rest are renewables, which are also on the rise. Since a lot of obsolete nuclear power stations will be closed in the next few years, the UK is going to build more nuclear power stations, something generally supported by the British public. It prefers renewable, there is huge public support for renewable, but there is also a majority with faith in nuclear, British Secretary of State for Energy & Climate Change Ed Davey told The Slovak Spectator during his visit to Slovakia in August 2013.

Despite the problems in the global economy, Australia has been able to maintain economic growth with good employment with low inflation, Australia’s ambassador-designate to Slovakia David Stuart said in February 2013. In part, Australia’s economic performance reflects its strong energy and minerals endowment, which has greatly boosted commodities trade with China in particular, although other commercial relationships are also developing quickly, for example with India.

He also described the Australian education system as an important part of the country’s economy.

Australia also has an active, managed programme of immigration. In 2010-11, more than 180,000 people came to Australia under this programme. Reflecting its modern history as a country of migration, nearly half of all Australians were either born overseas, or have a parent who was born overseas. And as a part of this, Australia has benefited from the contribution of Slovak immigrants, Stuart said.

Australia’s immigration programme has a strong emphasis on attracting people with the skills and capabilities to fill current and emerging skills shortages. It also recognises the social benefits of reuniting Australians with their families. In addition, around 8 percent of total places are allocated for humanitarian reasons, for example for refugees through resettlement, according to Stuart.

Ireland became the first eurozone country to exit an EU-IMF bailout programme in December 2013 and Anne-Marie Callan, Ireland’s ambassador to Slovakia, told The Slovak Spectator that same month that it is because the Irish economy has been restructured from an overreliance on domestic consumption and residential property construction to a more sustainable model. The year 2014 should be Ireland’s fourth consecutive year of economic growth. Export levels are higher than before the crisis, jobs are being created and unemployment is falling.

Since exiting the EU-IMF assistance programme at the end of 2013, Ireland has made a full return to normal financial market funding, and bond yields have reached historic lows. Forbes magazine ranked Ireland as the best country in the world for business in 2013. However, job creation continues to be a key challenge for the Irish economy. As of February 2014, Ireland’s unemployment rate is high, at 11.9 percent, although down from a peak of 15.1 percent in February 2012, Callan said.

Ireland also enjoys a strong and enduring international reputation as a source of natural, high quality food, drinks and ingredients, while it has one of the lowest water stress measurements in the world, according to Callan.

“The Irish abroad play a very important role in maintaining the importance of St Patrick’s Day, Callan said. “It is estimated that as many as 70 million people worldwide can claim Irish descent.”

According to the 2012 winter forecast of the European Commission (EC), Malta was expected to be the second fastest growing economy in the European Union in 2013, with 1.5-percent growth. In a March 2013 interview Colin Scicluna, Malta’s former ambassador to Slovakia, explained that even though Malta was rather heavily dependent on tourism and manufacturing recently, there has been a deliberate strategy to diversify the Maltese economy, which resisted recent economic turbulence.

Since becoming an EU member, Malta has also reported increasing problems with immigration from North Africa and has requested more help in dealing with it.

“A key point to be made is that illegal immigration is first and foremost a human tragedy,” Scicluna said. “This is a problem with a very human face and so it cannot only be tackled by administrative and legislative means.”

Malta has experienced heavy influxes of illegal immigration from North Africa since 2002. According to UNHCR statistics for 2011, Malta received the relatively largest number of asylum applications among the 44 industrialised countries covered by the report, with 4.4 applications per 1,000 inhabitants, according to Scicluna.

“Malta’s situation is truly an exceptional one, when its geographic and demographic factors are considered,” Scicluna said.

ENGLISH is the one of the most used languages in the world and it dominates science, culture and the IT sphere. It has official or special status in at least 75 countries with a total population of over two billion.

By the year 2000 it was estimated that over one billion people will be learning English. Around 700,000 people come to the United Kingdom to learn English each year.

Considering the IT sphere 80 percent of the world’s electronically stored information is in English, three-quarters of the world’s mail is written in English and of the estimated 200 million users of the internet, some 36 percent communicate in English.

British English language products are worth over 800 million pounds a year to the UK. The total expenditure of the 700,000 visitors to the UK annually to learn English is over 700 million pounds, and possibly over one billion pounds.

The English language makes it possible for British companies to develop markets, sell into them and form commercial alliances; it brings direct benefits through the supply of English teaching goods and services.
Source: The British Council webpage