A GROUP of uniformed men marched into a voting precinct in the municipality of Smrečany during the presidential election and terrified the election committee there. 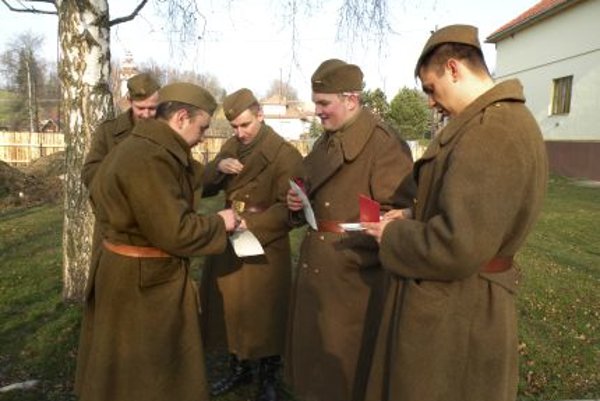 A GROUP of uniformed men marched into a voting precinct in the municipality of Smrečany during the presidential election and terrified the election committee there.

“The trendy ‘election bodyguards’ delighted us, as it was a pleasant distraction from the tense election atmosphere,” the municipality’s mayor told the TASR newswire. “But first, the soldiers in unmarked uniforms reminded us of the capture of Crimea, and thus we considered contacting the Foreign Ministry,” he said with a smile. “However, we soon understood that they belong to us, and the panic receded.”

The unit attending the March 29 election in Smrečany, near Liptov, wore the uniforms of the 1. Czechoslovak Army Corps. Almost 100 participants of the traditional meeting of military history clubs from various parts of Slovakia and the Czech Republic camped directly in the complex of the municipal office.

“We meet here every year on the occasions of memorable liberation battles of the city of Liptovský Mikuláš,” Roman Moravec from Nemšová told TASR. “By coincidence, one of these events fell on the presidential election day this year. Many of us arranged for their election licenses, so that they can cast their vote outside their permanent residence. I didn’t manage this unfortunately, due to a busy working schedule.”

Daniel Szilágy from Košice said he goes to the ballot boxes each time, but this was his first election in a uniform. Juraj Vanovčan from Bratislava, who also voted outside his region, said, “Apart from the valid election licenses, we also proudly showed our historical army identity cards”.