IN SLOVAKIA’s first years of European Union membership the number of people leaving the country to work abroad was among the highest of the member states. But recent trends show that not only has the number of people working abroad dropped, due especially to the changing economic situation, but the profile of emigrants and the countries they go to have also changed, the latest study of the Central European Labour Studies Institute (CELSI) shows. 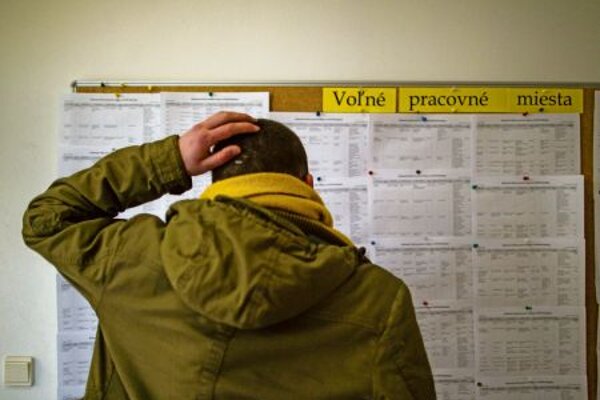 IN SLOVAKIA’s first years of European Union membership the number of people leaving the country to work abroad was among the highest of the member states. But recent trends show that not only has the number of people working abroad dropped, due especially to the changing economic situation, but the profile of emigrants and the countries they go to have also changed, the latest study of the Central European Labour Studies Institute (CELSI) shows.

Opening the labour markets to Slovaks, however, had a mostly positive effect on the country, one of which was that the outflow of emigrants significantly helped decrease Slovakia’s unemployment rate.

“People without work emigrated for work more often than those who had a job,” said Martin Kahanec, head of research from CELSI and a coordinator of the international project over the impact of immigration on the labour markets after EU enlargement, as quoted in the press release. He added that people from economically weaker regions also emigrated more frequently.

“During these years the economic situation in Slovakia improved,” Michal Páleník from the Employment Institute told The Slovak Spectator. “Salaries have been rising, so this direct financial motivation has faded.”

Another factor currently influencing work emigration is lower unemployment compared to 2004. Moreover, several foreign investors have come to Slovakia since its accession to the EU to establish plants here, Páleník added.

“But there is still the group of young people who want to try something new,” Páleník said, adding that they are not forced to go abroad by salary discrepancies.

Though the older generation is still motivated by higher salaries, this is less important now than it was 10 years ago, he added.

Slovaks going abroad for work were mostly motivated by economic circumstances, both in their homeland and in their target countries. The economic crisis and changes to the national labour market, however, have altered the profile of emigrants leaving Slovakia for work, CELSI report showed.

In the first years after joining the EU mostly young people were going abroad for new experiences and to study. The share of emigrants aged 15-24 was 30.8 percent in 2004, but dropped to 13.3 percent in 2013.

Changes are also visible in the number of women moving abroad. While in Ireland and Great Britain their share of total emigration dropped significantly, it increased in Germany and Austria, mostly during the economic crisis, according to the CELSI report.
“These changes reflect the increased emigration of women in caretaking and social services, when their partners were losing jobs in construction and industry during the crisis,” said Lucia Mýtna Kureková, senior researcher of the Slovak Governance Institute, who also cooperates with CELSI, as quoted in the release.

Moreover, the destinations of work emigrants from Slovakia have changed over the years. Most Slovaks still go to the Czech Republic, but the order of the other countries has changed. While in 2004-2008 emigrants preferred Great Britain, in recent years they have mostly been focusing on German-speaking countries, especially Austria. The ŠÚ data showed that Hungary is also popular among Slovaks.

Young people and middle generation leave the most

Generally, there are two big groups of emigrants from Slovakia: young people who move out abroad and return back only during holidays, and the older generation who go abroad for weekly work shifts, Páleník said.

The ŠÚ data show that people aged 25-34 and those aged 35-44 go abroad the most (48.7 percent and 37.5 percent in 2013, respectively). Also, Ivana Valkovičová, national coordinator of the European Employment Services (EURES), confirmed that they mostly work with people aged 30-50, Valkovičová said.

“Young people who graduated from the health-care and social work specialisations emigrated 9 percent more than graduates in other specialisations,” Mýtna Kureková said.

Other factors include regional differences (young people from Prešov, Košice and Banská Bystrica Regions migrated more than their peers in Bratislava Region), and ethnicity (young Roma were more likely look for work abroad than their non-Roma peers), according to the report.

Young people are also motivated by their desire to try something new, leave home and live without their parents and learn foreign languages, Páleník added. He also cited specific cases when people go to work abroad through exchanges in universities or within international corporations.

Risks of emigrating for work

While working abroad has its advantages, it also poses some risks to Slovakia, like worsening the demographic situation, especially with regard to the emigration of young people.

Another problem is brain drain. This includes mostly young, university educated people who leave Slovakia to work in fast-food restaurants or warehouses in Great Britain and Ireland, Páleník said. Though it is obvious that many people go abroad to do work for which they are overqualified, there are no relevant data on it, he added.

Kahanec, however, says that the work-related emigration patterns of Slovaks have the character of temporary and circular migration, which means that Slovaks will probably not start leaving the country en masse.

“In order to motivate migrants to come back to Slovakia and use their new knowledge, work and business contacts, as well as business skills gained while working abroad, it is necessary to implement labour market policies that will lure emigrants back to the country,” Kahanec said, as quoted in the release, specifying that this includes creating conditions to reintegrate emigrants into the social security and health insurance system, as well as the labour market.