THE EMERGENCE of new mobile technology ushered in a generational change in providing telecommunications services. First, telephones became portable and people no longer needed to be connected by a physical line. Later, mobile devices gradually slimmed down so that people could carry them in their pockets. With the arrival of the fourth generation network as well as a new mobile operator, Slovakia’s mobile market may face another generational change, which will depend on how both new and existing operators handle the challenges posed by the new technology. 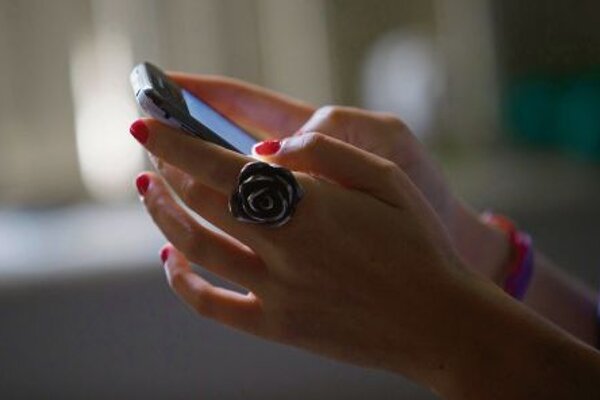 THE EMERGENCE of new mobile technology ushered in a generational change in providing telecommunications services. First, telephones became portable and people no longer needed to be connected by a physical line. Later, mobile devices gradually slimmed down so that people could carry them in their pockets. With the arrival of the fourth generation network as well as a new mobile operator, Slovakia’s mobile market may face another generational change, which will depend on how both new and existing operators handle the challenges posed by the new technology.

“The main challenge for both parties remains the same: how to monetise the available bandwidth and avoid being just a transport provider,” Vladimír Settey, system engineer at Cisco Slovakia, told The Slovak Spectator. “In such a case the bandwidth becomes a commodity as end users are much more interested in applications and value added services.”

To achieve widespread usage of the LTE (Long Term Evolution) networks in Slovakia, the same rules apply as elsewhere in the world, i.e. high quality and a low price.

“Operators will have to persuade clients about the advantages of the new network, and they can do this especially by covering as much of the population as possible, and simultaneously with a price policy which will not discourage them,” Juraj Ducký from the mobilmania.sk website told The Slovak Spectator. “For now it is questionable whether the operators will take the patch of exclusivity and charge extra fees for access to it, or whether they will incorporate it into standard internet packages. But we will learn this only after other operators launch their networks and the competitors’ fight starts.”

LTE technology arrived in Slovakia relatively later than in neighbouring countries, while an important impetus for the development of LTE, also known as fourth-generation (4G) mobile telecommunications technology, was the auction announced by the Telecommunications Regulatory Authority to build and operate a 4G network. The auction brought in €164 million for the state. All three existing telecom operators - Slovak Telekom, Orange Slovensko and Telefónica Slovakia - as well as the telecommunications service provider Swan, obtained licenses to build and operate 4G networks.

“We think that there is room for a fourth operator on the market,” Martin Mosný, the director for strategy and development at Swan, told The Slovak Spectator, adding that they have everything that the fourth operator needs. “We consider an LTE network to be an excellent opportunity to extend their field of operation and compete with the three established operators.”

Swan, which has been operating in the Slovak market since 2000 providing fixed and wireless services, obtained only frequencies in the 1800 MHz band, which are more suitable for data services. It already has experiences in the mobile market, when it as a branded reseller offered mobile services provided by Telefónica Slovakia under the name Swan Mobile.

The individual frequencies are important for the speed and coverage and each is suitable for a different environment.

“High frequencies of 2600 MHZ are suitable especially for building coverage in densely populated areas and for increasing the capacity of the network,” Alexandra Piskunová, spokesperson of Orange Slovensko, told The Slovak Spectator. “Thanks to the physical characteristics of spreading the signal, the 800 MHz frequency is suitable for building coverage, for example, in the countryside, because the lower the frequency is, the further the reach of one transmitter may be.”

The operators will use frequencies in the 1800 MHz range especially for coverage of smaller towns.
Based on license terms, successful operators are required to start using their frequencies during the second half of 2014.

The operators promise that LTE technology will bring transmission speeds several times higher than the current ones.

According to Settey of Cisco, the most noticeable advantages for the end user are improved transmission speed (higher bandwidth), and lower latency, which brings the user experience much closer to the performance of wireline connections at home and in the office.

“These aspects bring mobility to a different level, as we can use the internet to work, learn or have fun from anywhere,” said Settey.

However, according to Settey, LTE brings significant advantages for mobile operators too in terms of the simplified architecture of the mobile network, which enables them to provide high speed services more effectively.

As for the challenges that the new and existing operators face, there are advantages and disadvantages for both, according to Settey.

“The existing operators have already established a brand and a customer base and have broad experience with the design and operation of mobile networks,” said Settey. “On the other hand, they will need to support GSM and UMTS technologies for quite a long period of time in parallel with LTE, hence they are not able to remove the network complexity immediately.”

New operators might be less experienced with mobile technologies, but they can avoid unnecessary technology layers and fully benefit from LTE’s advances, such as less complexity, which enables them to use only new, leading-edge technologies to maximise the efficiency of their network operation, according to Settey.

Slovak Telekom began operating its 4G network commercially in late 2013 and describes its initial experiences with it as very good. ST currently covers 23.7 percent of the population with this network. It is available in 31 towns, including Bratislava, Banská Bystrica, Nitra, Prešov and Žilina. Interested clients were able to use the LTE network for free until mid-February, and since then the operator has offered it as a supplemental service for a fee.

“The aim was to select a relatively compact area with a deficiency of high-speed internet access and with an available connection to our data network,” said Jamrichová. “Moreover, these Bratislava suburbs represent an interesting mixture of client segments, from original residents of these villages up to the younger generation looking for an escape from the city.”

This pilot run was successful for the operator.

Orange Slovensko has not yet tested LTE publicly, but plans to start operating it commercially later. Swan already operates a non-public LTE network in Trnava.

“We have about 300 base stations which we can use for our LTE network immediately,” said Mosný.

While building one’s own 4G network is a costly matter, operators can opt for national roaming, through which, after finalising an agreement with another operator, they can use the network of the competitor in a locality that their own networks do not cover.

“We consider sharing the building of LTE networks between several operators to be a good idea,” said Piskunová of Orange. “It will enable clients to use the advantages of 4G much earlier than if each operator had to build a whole network on its own.”

National roaming will be of key importance, especially for Swan because it can enable them to cover areas not allowed within the band they purchased. The company has been discussing this with the other operators, but an agreement has not been clinched yet.

“At worst we are also able to function without national roaming,” said Mosný. “Everything will depend on the prices and conditions of the other operators.”

Orange Slovensko plans to launch its LTE network early in the second half of 2014, while it wants to focus on building the network in frequencies of 2600 MHz and 800 MHz.

Swan is slated to launch its LTE services later this year in large towns first, estimating that the official launch will happen in autumn. It plans to focus especially on providing data services.

“Sales from the current strongest services, which means calling and sending text messages, will collapse sooner or later,” said Mosný. “We realise that the needs of clients in the era of mobile 4G internet are different than they were several years ago. But we are still working on a concrete offer.”

Lukáš Mitala is student of the University of Economics in Bratislava.