MOBILE phone users can look forward to Christmas 2015. If everything goes according to the plan, as of December 15, 2015, there will be no roaming charges within the European Union. While the European Commission (EC) believes that ending roaming charges will stimulate entrepreneurship and trade, mobile operators have their doubts about the changes. 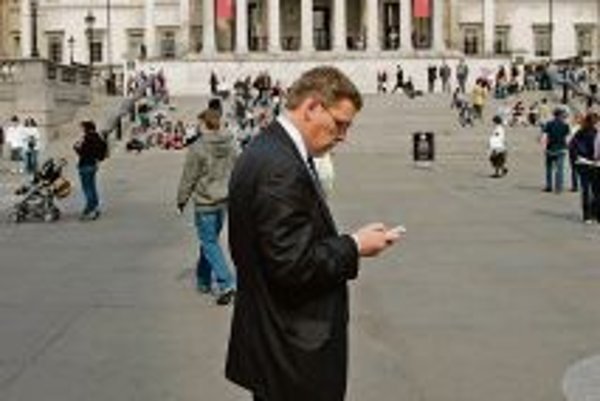 MOBILE phone users can look forward to Christmas 2015. If everything goes according to the plan, as of December 15, 2015, there will be no roaming charges within the European Union. While the European Commission (EC) believes that ending roaming charges will stimulate entrepreneurship and trade, mobile operators have their doubts about the changes.

“Nearly all of us depend on mobile and internet connections as part of our daily lives,” EU Commissioner for Digital Agenda Neelie Kroes said in a statement released by the EC. “We should know what we are buying, we should not be ripped off, and we should have the opportunity to change our mind. Companies should have the chance to serve all of us, and this regulation makes it easier for them to do that. It’s win-win.”

Kroes does not see the elimination of extra charges as just as a fight between vacationers and telecom companies.

“Millions of businesses face extra costs because of roaming and companies, like app makers, lose revenues too,” Kroes said, as quoted by EurActiv on February 17. “Roaming makes no sense in the single market. It’s economic madness.”

Even as the trend in roaming charges is seeing them reduced, the EC argues that roaming charges are still too high and cites weak competition among national operators for roaming customers.

The EC launched plans to eliminate extra roaming fees in September 2013, a move aimed at completing a pan-European digital market. The European Parliament voted on April 3 to end roaming charges by Christmas 2015, as part of a wider vote in support to the EC’s proposed regulation for a “Connected Continent”, telecoms single market. The aim of this regulation is to bring Europe much closer to a truly single market for telecoms in the EU, by ending roaming charges, guaranteeing an open internet for all by banning blocking and degrading of content, coordinating spectrum licensing for wireless broadband, giving internet and broadband customers more transparency in their contracts and making it easier for customers to switch providers. EU member states will now continue to review the regulation while the EC expects that a final agreement over the regulation will be made by the end of 2014.

According to the EC, after roaming charges are scrapped, calls will be cheaper and there will be new markets on which mobile operators will compete.

The EC calculates that telecom companies are missing out on a market of around 300 million phone users because of current pricing strategies.

A survey of 28,000 EU citizens discovered that 94 percent of Europeans who travel outside their home country limit their use of services like Facebook because of mobile roaming charges. At the same time, as use of mobile devices booms at home, especially the use of mobile data, other effects of roaming premiums include that 47 percent would never use mobile internet in another EU country; only one in 10 would use email in the same way as at home; more than a quarter of people simply switch off their mobiles when travelling within the EU; and millions opt for SMS rather than pay for calls, according to the EC.

The most recent set of EU regulations started in 2007 and capped roaming charges for outgoing voice calls at €0.24 per minute, excluding VAT as of July 1, 2013. The roaming tariff for incoming calls is €0.07 per minute. The tariff for an outgoing text message is €0.08 and the roaming tariff for data downloading is €0.45 per MB. The price for a one-minute call within Slovakia costs some cents, depending on the operator and the calling programme. Even before roaming charges are scrapped completely, they will drop one more time in July 2014.

Branislav Máčaj, former head of the Slovak Telecommunication Regulatory Authority, sees the cancellation of roaming charges as good news for consumers, but a problem for telecom operators. The operators would look for other income to fill the gap, although he believes this will primarily come from greater efficiency rather than increased prices for other services, Máčaj told the Hospodárske Noviny daily.

Analysts estimate that the end of roaming charges would reduce mobile operators’ incomes by 5 percent, according to mobilmania.sk.

Mobile operators in Slovakia are waiting for the final version of the regulation to be adopted, but point out that they already offer packages with advantageous roaming prices.

“We see [the effort of the EC to scrap roaming charges] as another step of the EC to reduce costs of mobile users on roaming,” Andrea Piskunová, spokeswoman for Orange Slovensko, told The Slovak Spectator. “Roaming does not make up a significant share of the revenues of our company, thus, reduction of roaming charges should have a limited impact on our results.”

According to Slovak Telekom, the cancellation of roaming charges would mean less money for development.

“Since the launch of the first regulation in 2007 … the roaming operation has not been growing enough to cover the decrease in revenues of operators,” Slovak Telekom spokesman Michal Korec told the Pravda daily. “The continuing regulation will cost operators even more funds, which they otherwise could have invested, for example, into development of networks and new technologies.”

The mobile networks demand new investments, the companies say. However, that can be a problem because of the constantly decreasing revenues of the telecom operators. The revenue of Slovak Telekom fell 6.7 percent in 2013, while Orange Slovensko reported a drop of 8.3 percent.

Katarína Mináriková is a student of the University of Economics in Bratislava.