Teaching English in a global context

MORE than one billion people worldwide are learning English as a second or foreign language, and the number is growing. The difference between the two groups amounts to speakers of English as a foreign language using English occasionally for business or pleasure, while English as a second language speakers use English on a daily basis, the British Council wrote. The total number of English speakers has grown from one quarter to one third of the global population, Professor David Crystal wrote in 2008. 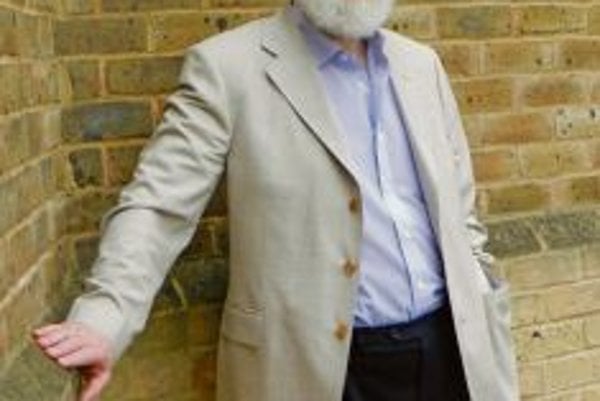 MORE than one billion people worldwide are learning English as a second or foreign language, and the number is growing. The difference between the two groups amounts to speakers of English as a foreign language using English occasionally for business or pleasure, while English as a second language speakers use English on a daily basis, the British Council wrote. The total number of English speakers has grown from one quarter to one third of the global population, Professor David Crystal wrote in 2008.

Crystal will be one of the keynote speakers at the ELTForum (English Language Teaching Forum), which will take place on June 6-7, 2014 in Bratislava; he will speak on "The Future of Englishes". The ELTForum is a conference specifically designed for English teachers, aimed at developing pedagogical skills and reflecting new trends and expectations in the teaching of foreign languages. Other speakers include, among others, Maggie Kubayiova, Gabriela Lojová, Eva Vargová, Craig Huxley, Lejla Saric, Anita Adnan, Rakesh Bhanot.

Some of the workshop presenters are well-respected international ELT practitioners while others are better known here in Slovakia. The conference is organised by the Slovak Chamber of English Teachers (SCET), the Association of Language Schools and a civic association of private language schools (the Bridge, Empire, E-KU, International House, Academia Plus and Harmony).

The Slovak Spectator approached David Crystal with a handful of questions concerning the status of English in an international context and its potential future development.

The Slovak Spectator (TSS): What, in your opinion, has helped make English a global language, even in an era when the sheer numbers of speakers of Spanish and Chinese are growing so fast?
David Crystal (DC): It isn’t just a question of numbers. A language becomes international or global for one reason only: the power of the people who speak it. ‘Power’ of course means different things at different periods of history. In the case of English, we are talking about a sequence of political/military power (the British Empire), scientific/technological power (the Industrial Revolution), economic power (‘money talks’, formerly the pound, now the US dollar), and cultural power (films, ads, pop music, the internet, etc), in each of which English has played a dominant role. It could of course be the case that one day the power-base behind Spanish or Chinese (or Arabic) speakers could grow to the extent that people want to use their language as a global language, but there’s no sign of this at present. Everyone in China is learning English.

TSS: Why has the concept of an artificial universal language, e.g. Esperanto, failed (to the benefit of English)?
DC: For the same reason - it lacked power. The ideal remains as appealing as it ever did, but it was in competition with many other artificial proposals (over 50, at the time) and has been overtaken by events (i.e. the growth of English). There was also a period when it was viewed with suspicion by the Americans - being associated with ‘the East’. Linguistically, although it got rid of a great deal of irregularity, it remained very clearly an Indo-European (largely Latin-like) language, so it was just as alien to speakers from other language families as any regular language. But the bottom line is: Esperanto never opened many doors to the corridors of political or economic power, despite the best efforts of its supporters.

TSS: English has been developing (as probably every language) ever since, but how has its more recent role as the global language influenced its development? What are the current tendencies and expected trends for the future development? Does this increased spread of use influence the language for native speakers?
DC: The main trend is the evolution of ‘new Englishes’ – new dialects of English – associated with the countries where it has been adopted as a second language or has come to be used by significant numbers. This doesn’t much affect the dialects that have long existed (such as British English, American English), but it does mean that speakers of these dialects must be prepared to encounter a great deal more variation in the use of English, as they travel around the world and meet people from these areas, than they used to. The scale of the issue needs to be appreciated. There are thousands of culture-specific words in countries like South Africa, India, Ghana and so on. And English-users in Slovakia will have their own culture-specific vocabulary too – words needed to talk about specifically Slovakian people, places, things...

TSS: Has the teaching of English (as a mother tongue and as a second/foreign language) changed in recent years? If yes, in what way?
DC: The main thing has been a recognition that when it comes to listening and reading comprehension students need a more informed awareness of the variety of ‘Englishes’ that are around the world. It’s no longer enough to be familiar with British and American English only. Students will meet people from all over the English-speaking world these days, both offline and online, and need to be prepared for their idiosyncrasies.

TSS: How has the spread of the internet impacted journalistic English, and the English language more in general?
DC: The internet, being only a little over 20 years old, has so far had very little impact on the structure of languages, other than adding a few thousand words and phrases to vocabulary. The grammar of English is no different from what it was in 1990. The main change has been the arrival of new styles of English, as a result of the new technology - text-messaging, tweeting, blogging, instant messaging and so on. A greater range of informality is now evident, especially in orthography (punctuation, capitalisation, spelling) and nonstandard forms are much more visible. But little of this has affected formal standard English.