SUSPICIOUS public tenders involving bidders who know each other and are associated with the Church of Scientology is how the Sme daily described the operation of Smer’s nominee Martin Wiedermann, who heads the state Central Depository of Securities. 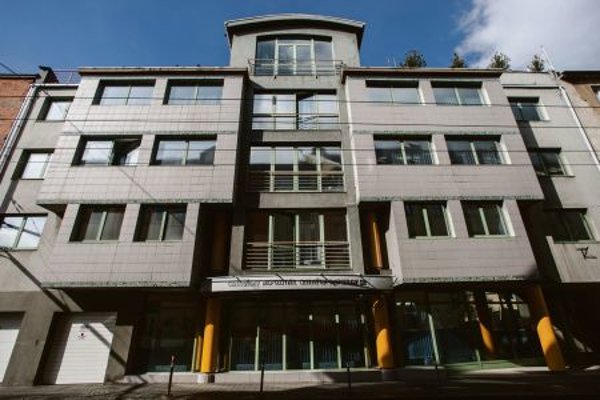 SUSPICIOUS public tenders involving bidders who know each other and are associated with the Church of Scientology is how the Sme daily described the operation of Smer’s nominee Martin Wiedermann, who heads the state Central Depository of Securities.

During the presidential campaign when Prime Minister Robert Fico attacked his opponent, Andrej Kiska, with allegations of ties to Scientology, Wiedermann admitted that he himself is a supporter of the sect, according to Sme.

Wiedermann’s links to Scientology emerged after Fico built his campaign on the claim that scientologists represent a security risk for the state.

Sme reported on May 14 that firms with close ties to the sect have been successful when bidding in the Depository’s tenders. Two such firms, Business Success Slovakia and Kolateral, won two tenders.
Business Success Slovakia was selected to provide educational training for the Depository’s employees worth €4,000 from January 2014, while Kolateral provided consultancy for auditing HR, systems and processes worth €19,900 from March.

The Central Depository of Securities selected the companies through a method of market research: instead of an open call for bids, the state agency selected three companies who were asked to submit bids, and then selected the winner from among them. All the other firms that were addressed in the market research are either mutually intertwined with or have links to Scientologists.

Business Success Slovakia was founded by Pavol Timko, who is known as one of the main representatives of the Church of Scientology in Slovakia, according to Sme. The company declares on its website that the management methods it promotes are based on the work of L. Ron Hubbard, the sect’s founder.

The other two companies that were addressed to submit their bids in the tender for educational training are Consult Point, which also mentions Hubbard on its website, and freelancer Ondrej Eršek who, according to Sme, claims to be employed by Business Success Slovakia and who makes no secret that he and his wife belong to the Church of Scientology.

Kolateral, which won the second tender, worth €19,900, belongs to Martina Stocker, who in the past registered the aplikovanascholastika.sk website, which is an organisation officially founded by Scientologists, Sme wrote. The other two bidders were the company Awell, belonging to Stocker’s sister, Erika Botlíková, and Ignug, owned by Martin Jurišič, who in the past reportedly had links with the Church of Scientology, too.

“When addressing the given companies we did not investigate what links they had with whom, but we rather looked at their results and the scope of the requested services they provide,” Wiedermann told Sme, adding that they did not violate any laws and, thus, he sees no reason to leave his post.
The National Property Fund (FNM), which controls the Central Depository of Securities through the Bratislava Stock Exchange, refrained from commenting on the public procurements organised by the Depository, as did the Bratislava Stock Exchange.

Additionally, on May 15 Sme reported that Wiedermann was selected to become a member of the board of the state-controlled joint-stock company Dlhopis. The company is controlled by the FNM, which is controlled by Smer nominees, Sme wrote. Dlhopis buys low-value securities free of charge and transfers them to the FNM.

When Sme exposed Wiedermann as a Scientologist working at the Central Depository of Securities in April 2014, the Smer party representatives who nominated him to the post refrained from commenting on the matter.

Only Interior Minister Robert Kaliňák said then that Wiedermann should be dismissed.

“The Church of Scientology is undoubtedly a security threat,” Kaliňák told Sme.

In his post, Wiedermann has access to sensitive information about companies active in Slovakia, including unpublished data, for instance, like details of the backgrounds of joint-stock companies, Sme noted.