THOUGH the technology to use mobile devices for making payments developed quickly, various complications have prevented it from really taking off. Near Field Communication (NFC) technology offers a user-friendly solution to the mobile payment hang-up, but requires coordination between banks and mobile operators, and infrastructure in shops. Yet, with Slovakia considered the European leader in adopting innovative solutions, NFC mobile payments may soon become routine. 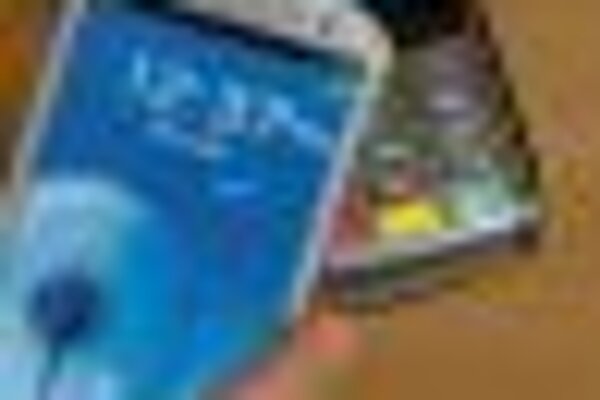 THOUGH the technology to use mobile devices for making payments developed quickly, various complications have prevented it from really taking off. Near Field Communication (NFC) technology offers a user-friendly solution to the mobile payment hang-up, but requires coordination between banks and mobile operators, and infrastructure in shops. Yet, with Slovakia considered the European leader in adopting innovative solutions, NFC mobile payments may soon become routine.

“The Slovak market is ready for the mass roll-out of NFC mobile technology,” Marcel Gajdoš, the country manager of the Czech Republic and Slovakia for the electronic payment services company Visa Europe, told The Slovak Spectator. “Mobile contactless payments via NFC build on the success of contactless [payments] in Slovakia.”

According to Gajdoš, a crucial step in making such payments possible is their acceptance. He believes that this has already happened in Slovakia, where people are familiar with contactless payments. Slovakia is among the top European contactless markets, with 23 million contactless purchases made in 2013, with the average transaction at €8.54.

“Slovakia, Poland and the Czech Republic belong among the total leaders of contactless technology,” Richard Walitza, vice president for mobile payments and innovations at MasterCard Europe for Slovakia, the Czech Republic and Austria, told The Slovak Spectator, adding that every third payment in Slovakia is contactless, which is, along with Poland, more than all the other countries in Europe.

NFC is a wireless technology based on communication between two devices, which, in the case of mobile payments, can be used as a contactless payment method for which customers pay via their mobile device at contactless-enabled payment terminals without a data connection. Sellers must be equipped with contactless-enabled terminals, and payments can be made simply by placing the mobile device close to the terminal. Mobile holders need a mobile device that supports the technology and an NFC SIM card. Cooperation between mobile operators and banks is necessary for widespread usage of NFC technology for mobile payments.

In order for NFC payments to become a standard payment method, certain conditions must be met.
“Mass usage is based on three assumptions: simplicity, cheapness, availability,” Štefan Frimmer, spokesman for Slovenská Sporiteľňa, told The Slovak Spectator.

Frimmer explained that the user has to see the added value of the new technology supported by simple installation and usage. Moreover, affordable mobile models that support NFC technology need to be available, and there must be enough places equipped with point-of-sales (POS) terminals where it is possible to pay this way.

“It means that Slovak banks are not solving the question of ‘if’ mobile payments but ‘how’,” said Gajdoš.

In Slovakia Tatra Banka is the only bank offering payments via NFC. It introduced the service for the iPhone in May 2012 and for the Android operating system in January 2013. Tatra Banka established cooperation for usage of NFC technology with mobile operators Telefónica Slovakia and Orange Slovensko.

“Our clients use NFC technology within contactless mobile payments for standard payments in shops in the same way that they use cards,” Marína Masárová, spokeswoman of Tatra Banka, told The Slovak Spectator, adding that the average transaction is around €14, but that they also registered a purchase of €1,000.

For now, VÚB bank clients do not have the option to use NFC technology, but the bank offers a kind of introduction to NFC payments in the form of a contactless payment sticker, Wave2Pay, that can be affixed to a mobile phone and used like the NFC card, directly with a phone, VÚB bank spokesperson Alena Walterová told The Slovak Spectator. The bank provides an app that the client can use to track transactions made with the sticker, as well as the number of transactions one can still make and the available funds, while also allowing one to activate or deactivate the sticker.

VÚB considers NFC technology as having good prospects for mobile payments and thus plans to offer it to clients in the future, according to Walterová.

The largest bank in Slovakia, Slovenská Sporiteľňa, plans to introduce NFC technology too.

“We are testing NFC technology and following the latest trends in this field,” said Frimmer.

On the other hand, mobile operator Slovak Telekom has developed in cooperation with MasterCard for clients eager to use NFC technology an NFC method called MyWallet. It offers mobile users a virtual payment card that can be used for transactions. Clients can ‘charge’ the card by sending money from their bank accounts and then use it as a standard contactless bank card.

“We will continue to expand the functionality of MyWallet with other payment cards and other additional services,” Peter Helexa, senior manager of strategy and development of new business at Slovak Telekom, told The Slovak Spectator. “Also, we are thinking about more intensive activity on the other end of mobile transactions and support of the development of various types of terminals that will accept NFC services in MyWallet.”

Orange Slovakia has not said how many of its clients have devices that can be used for mobile payments. Telefónica Slovakia noted that early last year it was the first mobile operator in the country to introduce NFC technology, but it has not provided the exact number of clients with mobile phones that allow the use of NFC, or how many of them have NFC SIM cards.

In the future, however, MasterCard wants to integrate all solutions into one electronic service, the MasterPass, which would unite all available forms of payment. To make mobile payments as simple as possible, MasterCard along with Slovak Telekom, Telefónica Slovakia and Orange Slovensko, created a central platform to help banks and mobile operators offer NFC payments to their clients sooner.

Natália Križanová is a student of the University of Economics in Bratislava.