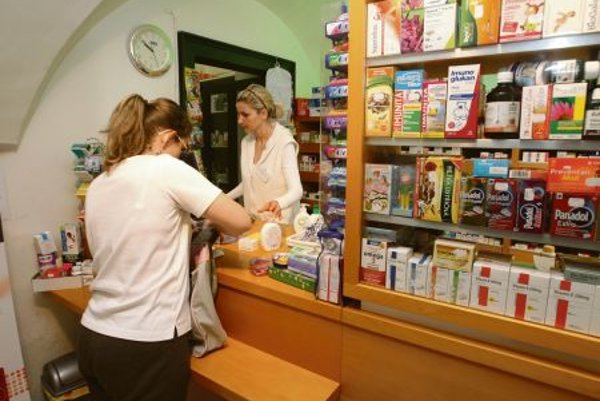 Some patients are too eager to get antibiotics. (Source: SME)
Font size:A-|A+

THE WORLD is probably heading toward a post-antibiotic era in which common infections and minor injuries could be deadly again, according to the latest World Health Organisation (WHO) report. Slovakia itself is dealing with the declining power of antibiotics and in fact is among the European countries with the worst results.

The WHO report makes a clear case that drug resistance has reached alarming levels in many parts of the world, even to rare antibiotics that are used as a last resort for life-threatening infections. WHO is pushing to develop a global action plan to mitigate the trend, according to Keiji Fukuda, WHO’s Assistant Director-General for Health Security, quoted in the report.

“Effective antibiotics have been one of the pillars allowing us to live longer, live healthier, and benefit from modern medicine,” Fukuda said. “Unless we take significant actions to improve efforts to prevent infections and also change how we produce, prescribe and use antibiotics, the world will lose more and more of these global public health goods and the implications will be devastating.”

High rates of unnecessary antibiotics prescriptions in Slovakia are the result of bad rules in the health-care system and poor judgment exercised by doctors toward their patients, Peter Visolajský, the head of the Doctor’s Trade Union (LOZ), told The Slovak Spectator. Patients often demand antibiotics as assurance of successful treatment, while doctors hesitate to refuse them. Meanwhile veterinarians prescribe antibiotics even as a means of prevention to healthy animals, he said.

How bad is it?

According to tests conducted in 2011 but released this year, in Slovakia 31 percent of tested isolates of E. coli bacterium were resistant to third-generation cephalosporins, and 41.9 percent were resistant to fluoroquinolones, both broad-spectrum antimicrobial agents. From isolates of Klebsiella pneumoniae bacterium, 68 percent were resistant to third-generation cephalosporins and 0.7 percent to carbapenems, according to the WHO study. Both bacteria account for the vast majority of hospital and community-acquired urinary tract infections and also are a frequent cause of health-care-associated bloodstream infections.

Streptococcus pneumoniae causes many types of pneumococcal infections, including bronchitis or middle ear infection. Some 3.8 percent of Slovak invasive isolates were resistant and 7.6 percent were non-susceptible to penicillin antibiotics in 2011. In particular, this can make middle ear infections particularly complicated to treat, Helena Hupková from the Institute of Microbiology of the Faculty of Medicine of Comenius University told the Sme daily last year.

“Sometimes it happens that we have bacteria resistant to all antibiotics in the form of tablets,” Hupková said, adding that in such cases hospital personnel need to inject the medicine directly.

In the case of staphylococcus aureus bacterium, which causes numerous infections, the proportion of isolates resistant to methicillin antibiotic was 25.9 percent in Slovakia in 2011. Furthermore, 36.3 percent of Neisseria gonorrhoeae bacteria isolates responsible for the sexually transmitted infection gonorrhea had decreased susceptibility to third-generation cephalosporinsa in Slovakia 2011.

“It should be admitted that there are such [bacteria] strains in the Slovak Republic which are resistant practically to all antibiotics,” Šoltésová said. “Those strains have the extreme capability of spreading themselves.”

To help doctors deal with such cases, the Health Ministry is preparing professional guidance on how to approach strongly resistant bacteria, which should become effective on June 15, 2014, according to Šoltésová.

General practitioners and their patients

Studies of leading health–care authorities and domestic analyses showed that general practitioners apply around 90 percent of all antibiotics prescribed in Slovakia, while almost half are wrongly prescribed and often with an unnecessary broad spectrum of effectiveness, Darina Sedláková, the head of the WHO Country Office in Slovakia told The Slovak Spectator.

Doctors who do not prescribe huge amounts of antibiotics are generally better than their colleagues who used to do it, but many patients do not understand that, Visolajský said.

“Many times patients evaluate doctors [and their job] according to whether they prescribe to them expensive antibiotics or they just recommend them to drink a lemon tea,” he continued. “If doctors do not prescribe antibiotics several times in a row to a patient it often happens that they lose that patient.”

On the other hand, patients demand antibiotics because they can not afford to be ill or to care for a sick child at home, so their behaviour is driven by economics. Moreover, doctors are under the pressure to not make a mistake so they prescribe antibiotics just to be sure that they will not be punished for poor treatment, Visolajský said.

There should be clear rules for how use antibiotics so it will be more difficult to blame doctor for bad treatment, Slovak Medical Chamber Presidium Advisor Vladimír Balogh told The Slovak Spectator. He added that people should be more patient and wait for results of doctors’ treatment instead of asking them immediately for antibiotics.

The role of insurance companies

Doctors use to prescribe antibiotics even for infections caused by viruses, even though the drugs are only effective on bacteria, according to Hupková. This is despite the fact that there is a way to find out whether an illness is being caused by a virus or bacteria. It is called CRP test, it takes just 10 minutes and one drop of blood from patient’s finger, according to Hupková.

However, just paediatricians are required to use the test advance of prescribing antibiotics according by law. Health insurance companies do not cover these for adults, meaning patients must pay €4 to €6. The Slovak Immunology Society (SSI) of the Slovak Medical Association proposes that all insurance companies should be obliged to cover such tests for all patients, SSI President Pavol Jarčuška told Pravda daily.

“We promote the idea that good doctors will be rewarded,” Visolajský said. “Good doctors prescribe antibiotics only when it is necessary and health insurance companies should control that.”

Blame for the agriculture sector

Some 60 to 70 percent of world’s antibiotics go to non-health care sectors. The most discussed issue is their use in animal care because some antibiotics used by veterinaries are applicable even to humans.

“Therefore it is possible and almost for sure that irresponsible use of antibiotics in various sectors may lead to evolution of resistance which transfers even to human pathogens,” Sedláková said.

For example, people apply antibiotics to secure better digestion in cows or sheep. Vankomycin which is prescribed to humans only in cases of most serious infections is commonly used drug for healthy trouts. Thus people can develop resistances even via food consumption, according to Visolajský.

However, despite the negative trends Sedláková stressed that antibiotics are still among the leading weapons against bacteria.

“Discovery of antibiotics caused the revolution in medicine,” Sedláková said. “They are still the most used drug practically in every clinic discipline. Their precious effects should be carefully protected and used wisely so they can do their job and serve to patents’ benefit.”

DRUGS for cardiovascular diseases and the nervous system were the best selling drugs in Slovakia in 2013 and nearly half of drugs were over the counter. There is evidence that marketing is playing a key role in determining which drugs are most frequently consumed.

Slovaks consumed more than 84 million packages of drugs prescribed by doctors, which is 57.2 percent of all consumed in 2013. Insurance companies paid almost €825 million for those drugs, while patients kicked in an additional €149 million. Additionally, people bought 37.9 million packages of over-the-counter drugs, 25.7 percent of all consumed packages, paying almost €147 million in 2013, according to National Health Information Centre (NHIC) statistics.

Patients tend to turn to over-the-counter options to treat pain or cold symptoms, and are content with the advice of their pharmacist as opposed to a doctor, according to Ondrej Sukeľ, the vice-president of Slovak Chamber of Pharmacists. He also pointed out that people often do not have time to visit a physician and that large advertising campaigns for medicine may also play an important role in such decisions.

“Not long ago I carefully noticed the broadcasting of advertisements when I was watching a movie,” Sukeľ said, as quoted by the Sme daily. “Every second piece promoted an over-the-counter drug, particularly analgesics and nose drops.”

The effectiveness of advertising is evidenced by the fact that all 10 of the best selling drugs in the country also have cheaper counterparts, Sukeľ told Sme.

Some 29.6 million drug packages went to people suffering from cardiovascular diseases, followed by 13.9 million packages for the nervous system in 2013, according to NHIC.

However, the rise of cardiovascular drug consumption is a global trend, according to Sukeľ.

“We should rather think about how effectively those drugs are used,” Sukeľ said, as quoted by the Pravda daily. “The consumption itself does not have to be a bad indicator, but importance lies on relationships between drug consumption and improvement of specific health indicators.”

On the other hand, Štefan Farský of the Slovak Hypertension Society said that high consumption of cardiovascular drugs reflects the poor health condition of Slovak society, where one-third of people suffer from high blood pressure, one-third have a boundary blood pressure level and those remaining have normal pressure, Pravda reported.