THE EUROPEAN Parliament (EP) elections have become known as second-order elections ever since they were first held in the late 1970s. In Slovakia, this holds true perhaps even more so than in other European Union countries, as Slovaks, otherwise noted supporters of European integration, have remained the black sheep in the European flock, given that very few of them choose to vote. 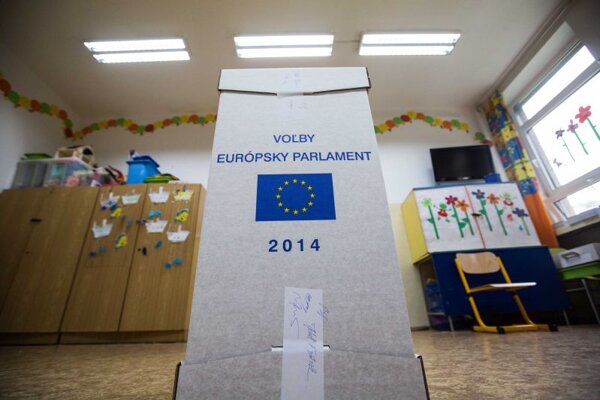 THE EUROPEAN Parliament (EP) elections have become known as second-order elections ever since they were first held in the late 1970s. In Slovakia, this holds true perhaps even more so than in other European Union countries, as Slovaks, otherwise noted supporters of European integration, have remained the black sheep in the European flock, given that very few of them choose to vote.

Slovakia has a historically negative turnout record in the EP elections: in 2009, it posted the lowest turnout in the entire EU, at 19.64 percent. That year, 16 parties ran and the ruling Smer party won the highest number of seats. This year the number of parties doubled, with 33 parties fielding 332 candidates, 80 of whom are women. One party withdrew one of its candidates from the slate.

Voters can select two candidates from a party’s slate. A party is successful if it gets at least 5 percent of the ballots cast.

The Central Election Commission announced that the results of Slovakia’s vote will be published on May 25 at 23:00 to coincide with other member states. Unlike in other elections, the Statistics Office will not be publishing unofficial preliminary results.

The outgoing and the incoming

In its third-ever EP elections, Slovakia has 13 seats in the European Parliament to fill. At least half of them are likely to remain filled by incumbents who have occupied them for five years, and in some cases even 10 years.

MEPs from the ruling Smer party held five seats in the 2009-2014 term, the most of any Slovak party, and they are all running for re-election. Opposition parties the SDKÚ, the KDH, and the SMK held two chairs each, while the now defunct Movement for a Democratic Slovakia (HZDS) and the nationalist SNS had one MEP each.

The distribution of Slovakia’s 13 seats in the EP is set to change if for no other reason than some of the parties no longer exist (HZDS), while others lost the voter support they enjoyed in 2009. Additionally, 29 candidate lists have been submitted to the election, and while most of them are marginal, with poor chances of making it past the parliamentary threshold, there are also some new parties that are considered to be relevant players.

For some of the parties currently not present in the EP, particularly those that emerged or have changed dramatically since 2009, this election is important as they have to prove their relevance at both the European and national level.

When it comes to the EP elections, no news story, televised debate or candidate’s speech can occur without some mention of Slovakia’s notoriously low voter turnout. This has been the case since Slovakia saw 17-percent turnout in 2004 and 19.6 percent in 2009. The few pre-election polls carried out this year indicate that turnout should be no higher than 20 percent.

Analysts have been blaming voters’ low level of interest in the EP elections on the MEPs for their inactivity, the political parties for not taking the EU elections seriously and European institutions for not clarifying their agendas and showing how their work impacts the lives of every European.

“In the upcoming elections, the overall turnout can also be negatively impacted by the fiscal irresponsibility of some EU member states and the subsequently prescribed financial solidarity, which the citizens of the more responsible EU countries did not perceive very positively,” sociologist Martin Slosiarik from the Focus polling agency noted in an interview with The Slovak Spectator.

The threat of extremism - not in Slovakia

The low turnout obviously shapes the result of the elections and, as observers have repeatedly noted, could provide extremist groups with a chance to enter mainstream politics. This was seen, after all, in Slovakia’s recent regional elections, when known right-wing extremist Marian Kotleba was elected governor of Banská Bystrica Region. The turnout in the run-off vote was less than 25 percent. Some candidates are stressing this issue and warning the electorate that there is a real threat of extremists getting into the EP due to lower turnout.

Despite this, unlike in many western European countries, including the UK, France and the Netherlands, there is no great fear of an extremist breakthrough in Slovakia. While eurosceptical views seem to be getting more support in traditionally more euro-optimistic Slovakia, extremist groups are expected to remain on the margins in the upcoming election. The major parties remain prevailingly euro-optimistic, although their rhetoric is marked by the economic crisis experienced within the EU in recent years.

The truth is that none of the prevailing European topics hold much relevance in Slovakia, not even in the final days leading up to the EP elections. Practically all the political parties which have flooded the country with billboards claim they are ready to represent Slovak interests in the EP. Issues that are more European in scope, such as the ACTA or the US-EU Transatlantic Trade and Investment Partnership, are generating little discussion in Slovakia. Rather, Slovak citizens are more concerned with the impact of EU membership on their daily lives and their standard of living in comparison with their western-European counterparts.