A COUPLE of sentences on a social network have cost a well-known public-service TV presenter her job. As a flood of controversial reactions on the internet followed, human rights watchdogs and media professionals are commending RTVS for its quick response to what they call an expression of racism. 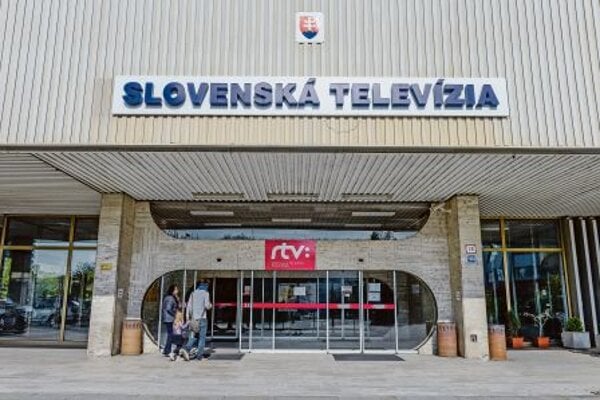 A COUPLE of sentences on a social network have cost a well-known public-service TV presenter her job. As a flood of controversial reactions on the internet followed, human rights watchdogs and media professionals are commending RTVS for its quick response to what they call an expression of racism.

One of the faces of the public-service RTVS sports desk, Kristína Kormúthová, was sacked after she posted a controversial comment on her Facebook profile on May 16. Kormúthová wrote on Facebook that a man who, according to her, tried to steal the rain gutter from her house at night was “a prematurely born, stinky gypsy” and asked why “us hunters” cannot shoot such people like animals. She concluded, “And let anyone dare call me a racist!”

She may now be getting what she wished for. Kormúthová later deleted the text, but not before a screen capture of it began circulating around the internet.

The public-service broadcaster RTVS reacted in a swift way unprecedented in the Slovak media environment. Kormúthová was withdrawn from the screen on the day her post started circulating around the internet on May 16. On Monday May 19, the broadcaster confirmed they were sacking the presenter.

“As of today we have terminated our contractual cooperation with Kristína Kormúthová due to the situation that arose,” RTVS spokeswoman Dominika Šulková said, as quoted by the Sme daily on May 19. Earlier RTVS had distanced itself from Kormúthová’s statements, calling them unacceptable and incompatible with work in the media.

To hail the decision of the RTVS management, Ombudswoman Jana Dubovcová sent a letter to the RTVS General Director Václav Mika on May 20.

“I would particularly like to appreciate the fact that you and your colleagues from the public-service RTVS managed to deal with the unacceptable vocabulary of the sports news host in such a short time,” Dubovcová wrote in the letter, adding she hopes this will serve as an example for all institutions in Slovakia to be equally brisk in refusing any form of racism in the future.

Since the moment the scandal was publicised, Kormúthová offered a variety of apologies and explanations, mentioning her engagement in charity projects in the past, her Roma friends, and the shock her family experienced when they woke up in the small hours of Friday morning and realised they were being robbed.

She publicly apologised for her words and explained in an official written statement that she wrote it “in a flurry after my family and I fell victim to a crime”. She said she did not intend to generally disparage any nation, race or ethnicity, but rather condemn a specific deed of a thief.

“I am sincerely sorry for the situation that arose; this deed is not compatible with my personal beliefs and my view of minorities,” Kormúthová wrote in a statement for the media news site Omediach.com.

Following her sacking, Kormúthová requested a meeting with the government’s proxy for Roma communities, Peter Pollák, to explain the situation.

“He only had ... information from the tabloids that, once and again, ruined the life of a decent person,” Kormúthová said upon meeting Pollák in an interview with the Gipsytv.eu, a Roma TV channel. She said that if she had known what the consequences would be, she would never even dream of doing what she did.

Pollák in his reaction for the TV channel condemned theft regardless of who commits it, but also stressed that he condemns hate speech and racism.

The case has attracted wide attention of the media and internet users in Slovakia. While some hailed the quick response of the public-service broadcaster, others considered Kormúthová a hero and argued with freedom of speech and the private nature of one’s Facebook page.

“People from the RTVS who appear on screen have to keep certain rules, since they are the faces of this institution in their private life too,” media analyst Miroslava Kernová wrote on the blog at Omediach.com. “RTVS in its statute rejects any form of racism and supports tolerance. Facebook is not a shoulder to cry on, but a social network and a person who works in the media should know that.”

Ironically, Kormúthová participated in a fashion show at the International Gypsy Fest in Bratislava last August. Although the organisers originally agreed that she would take part again this year, they have changed their plans in light of her remarks on Facebook, Sme wrote.