DESPITE high unemployment, Slovakia is eager to attract highly qualified foreign workers to help fuel the economy. But luring these knowledgeable workers means Slovakia must compete with numerous other countries in Europe and beyond. An initiative to ease the path of qualified immigrants wanting to work legally in the European Union, called the Blue Card, could help if Slovakia opts to grant more of them. 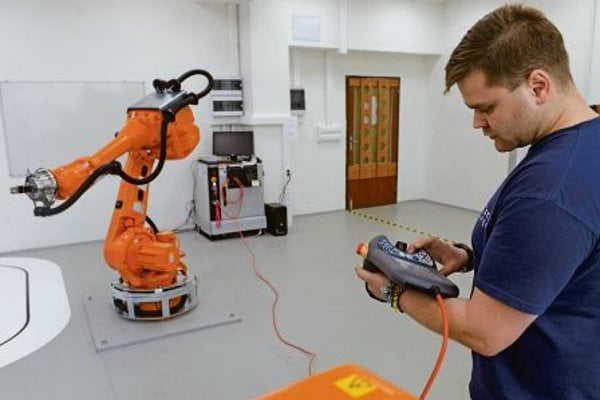 DESPITE high unemployment, Slovakia is eager to attract highly qualified foreign workers to help fuel the economy. But luring these knowledgeable workers means Slovakia must compete with numerous other countries in Europe and beyond. An initiative to ease the path of qualified immigrants wanting to work legally in the European Union, called the Blue Card, could help if Slovakia opts to grant more of them.

“In today’s globalised world it is of key importance for the long-term prosperity of a country to attract and keep a qualified labour force,” Martin Kahanec, scientific director at the Central European Labour Studies Institute (CELSI), told The Slovak Spectator. “Only this way can a country obtain investments with high added value, which needs such a labour force.”

Michal Páleník from the Employment Institute (IZ) agrees, saying that even with respect to the high unemployment rate, which is around 13 percent, Slovakia should try to attract qualified labour from so-called third countries, i.e. non-EU countries.

“When we look at the structure of unemployment in Slovakia, job seekers with low qualifications dominate,” said Páleník, adding that these people often cannot even compete among Slovaks. “The qualified people are the icing on the cake, which each country tries to attract. Actually, Slovakia faces major competition from countries like Germany or France when attracting qualified workers from third countries.”

In this respect Zsolt Gál from the department of Political Science at Comenius University said, as cited by the public TV broadcaster RTVS, that Slovakia is not particularly attractive for potential immigrants, pointing to the language, which is not very widespread and cannot be compared with world languages spoken in other countries, as well as wages and standards of living.

Páleník and Kahanec believe that qualified immigrants bring knowledge and skills needed in the labour market, which strengthens the economy.

Inspired by the green card programme in the US, the EU has introduced the Blue Card to attract more qualified immigrants from outside the EU. It aims to reduce the administrative burden faced by immigrants eager to work in EU member countries and to enhance labour flexibility.

In 2011 Slovakia joined the initiative, under which highly skilled non-EU citizens interested in working in Slovakia can apply for a Blue Card, which allows the holder, a qualified foreigner from a third country, to work and live in any EU country. Individuals with a university degree or more than five years of professional experience comparable to a university education qualify for the admission card. Applicants must also provide evidence of a job offer that guarantees a salary at least 1.5 times the average monthly wage in Slovakia in their particular economic sector. In Slovakia the Blue Card is issued for a three-year period.

Based on a Small Thematic Study of the National Contact Point of the European Migration Scheme in Slovakia, 10 Blue Cards were issued in Slovakia as of mid 2013. Citizens from Russia and Ukraine were granted four cards each, and one card was issued to a Chinese citizen and another to a Turkish citizen. Three Blue Cards were issued to a doctor, three to researchers, two for managers and one each to an IT expert and a vendor.

The study reveals several reasons behind the low number. Apart from launching the Blue Card in Slovakia only in mid 2011, there may have been a problem with the Education Ministry acknowledging higher qualifications, which was dealt with by a revision to the university law only at the beginning of 2013, the study wrote.

Michal Stuška, spokesperson of the Ministry of Labour, Social Affairs and Family, told The Slovak Spectator when commenting on the number of Blue Cards issued in Slovakia that since the scheme is a relatively new instrument in the labour market, it is too early to assess the reasons why only such a relatively low number of cards have been issued in Slovakia.

In respect to this low number, Kahanec said that Blue Cards have been relatively unsuccessful at the European level, not just in Slovakia, because of incorrectly set-up criteria.

“The European migration policy stems from an incorrect assumption that a huge mass of immigrants are thinking only of how to get into the EU,” said Kahanec. “The truth is that in the competition for talent, the EU is lagging behind the US, Canada and other countries, which means countries already preferred by qualified immigrants.”

According to Kahanec, Europe has been caught in its own trap: bad immigration policies lead to problems with immigration, which fosters negative sentiment against immigrants, which then leads to other mistakes in immigration policy. Based on the results of their research, they have prepared proposals for a successful immigration policy, which would solve in a comprehensive way immigration of both qualified and less qualified labour.

“It is of key importance to set the immigration policy in a way that Europe attracts qualified immigrants who can fully utilise their potential here and thus help it on the way to prosperity,” said Kahanec.

In this respect, Kahanec views positively a proposal put forward by the European Commission on April 1 to revise the EU’s visa code for third-country visitors, with the aim of shortening and simplifying the procedures for those wanting to come to the EU for short stays, with the objective of boosting economic activity and job creation.

“They [proposed measures] may help circular migration in which immigrants circulate flexibly between the home and host country according to the needs of the labour market,” said Kahanec. “This could to a certain extent increase the effectiveness of the labour market and help absorb some economic imbalances.”

According to Stuška, the proposed measures are being discussed at an expert level in Slovakia and thus it is too early to respond to them. He stressed that based on the strategic document Migration Policy with an Outlook to 2020, which the Slovak cabinet adopted in 2011, the aim of work-related immigration to Slovakia is to employ highly qualified workers, researchers and other qualified immigrants as well as active and effective employment of such foreigners and the creation of conditions for their arrival in Slovakia.

Kahanec, while positive about the EU’s measures, still regards them as insufficient: “The EU and member countries need deeper reforms and a change in the paradigm of the immigration policy.”
In this respect he also pointed out that highly qualified immigrants work with demanding technologies, which often require more stability.