Both under and over- qualification a pr

WHILE an underqualified worker is certainly a problem, being overqualified is a problem, too. Employers fear that an overqualified candidate may lack motivation and loyalty, especially over the long term. Many Slovaks today are overqualified for their jobs, which experts attribute to a mismatch between academia and the labour market, as well as high unemployment. But countries like Japan and Great Britain report an even higher share of overqualified workers. 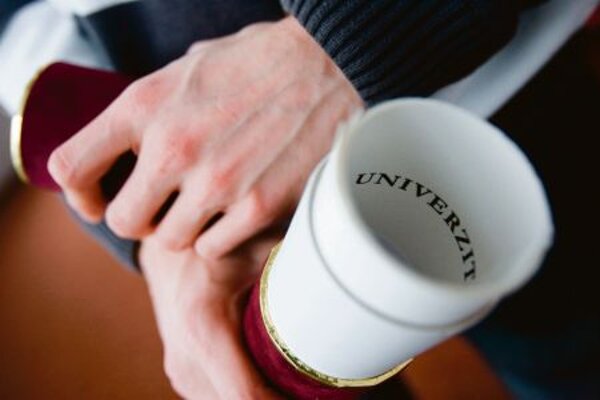 WHILE an underqualified worker is certainly a problem, being overqualified is a problem, too. Employers fear that an overqualified candidate may lack motivation and loyalty, especially over the long term. Many Slovaks today are overqualified for their jobs, which experts attribute to a mismatch between academia and the labour market, as well as high unemployment. But countries like Japan and Great Britain report an even higher share of overqualified workers.

In Slovakia, 18 percent of workers have a higher qualification than they actually need for their jobs. Poštová Banka noted in an analysis based on a 2012 OECD survey.

“Many people in an effort to exchange the job [unemployment] office for a job are in the end willing to accept a position for which a lower [level of] education would be enough,” said Eva Sadovská, analyst with Poštová Banka, as cited by the TASR newswire.

The survey, in which 24 countries around the world, including 16 from the European Union, participated, shows that the proportion of overqualified people in many developed countries is even higher than in Slovakia. Japan tops the chart with 31.1 percent, followed by Great Britain (29.9 percent) and Australia (27.8 percent). In Germany 23.2 percent of workers have higher than required qualifications and in the Czech Republic it is 20.6 percent.

Of the monitored countries, Slovakia had the lowest share of people whose qualifications are insufficient for the work they do, at 4.1 percent. That was followed by the Czech Republic and Japan, with roughly 8 percent each. It is often the case that underqualified workers have not achieved the required education, but have obtained the necessary skills over the course of their career.

According to Sadovská, the group of overqualified workers in Slovakia is also comprised of people who completed their secondary and university education, but did not specialise in something for which there is demand in the labour market. For these people, searching for a job is a huge problem, exacerbated by the high unemployment rate, which oscillates around 13 percent.

Sadovská and HR experts say the problem lies in Slovakia’s education system and in an inadequate interconnection between practice and academia.

Martin Miklánek, regional manager at Manpower in Slovakia, estimates that the share of overqualified Slovaks is even higher.

“With many clients and in many companies we are solving the problem of over-qualification for certain positions as well as the subsequent motivation of people,” Miklánek told The Slovak Spectator.

Miklánek sees a missing level of education as behind this, particularly with graduates of secondary vocational schools, whose job positions are going to candidates with university education instead. However, the motivation of these overqualified candidates declines as a result of working in such positions, especially over the long term. Miklánek believes that increasing the attractiveness of secondary vocational school education and introducing internships to give students practical experience with their future employers are viable solutions. This would allow companies to see the full spectrum of applicants and they could start integrating them into work life.

Luboš Sirota, CEO of McRoy Group, also sees over-qualification as a problem stemming from Slovakia’s education system, whose structure is not in line with the needs of the country’s economy.

“The fact is that about 30 percent of university graduates end up in positions for which secondary education is fully enough,” Sirota told The Slovak Spectator, adding that these are especially students who graduated in humanities and took jobs in administration or trade.

But according to Sirota, secondary education is experiencing a similar situation wherein people who passed a school leaving examination are working in positions which only require a vocational certificate.

“Thus, the problem of the education system actually becomes a problem for the whole labour market,” said Sirota.

Sirota sees the roots of this problem not only in that it is more beneficial to launch and run schools and branches which produce an excess of graduates who can only establish themselves on the labour market with difficulty, but also in people’s mentalities.

“Vocational education in Slovakia is often perceived as a stigma or a handicap; young people decide on the basis of the image of the profession and not its real value in the labour market,” said Sirota. “Parents often support their children in this way of thinking. Metaphorically, everybody prefers to have at home a lawyer or a philosopher rather than an engineer.”

When discussing the advantages of over-qualification, Sirota said that an overqualified worker often has more potential for career growth and a desire for upward mobility. A disadvantage is lower loyalty among such employees and the fact that, in spite of their over-qualification, it is necessary to retrain them for a real profession.

“This is because these people do something completely different from what they had studied and it is necessary to teach them everything from the very beginning,” said Sirota.

Citing her experience as a headhunter in Slovakia, Mariana Turanová, managing partner in Slovakia for Target Executive Search, does not have the feeling that Slovak candidates are overqualified, but that the issue may pertain more to the particular diploma or certificate obtained by the candidate.

For example, her company once had to fill a sales engineer position for an international client that had very specific ideas about which university the candidate should have graduated from. But when addressing potential candidates working in the sector, several of the candidates had no university degree at all, or completed only a bachelor’s degree. This was not enough for the client, which argued that since the new recruit would be working with an international team of employees with higher degrees, it expected the same from a new candidate.

Turanová also cited cases where candidates are overqualified in terms of experience, but not education.

“Our market refuses to accept more senior, i.e. older candidates in lower positions,” said Turanová. “The argument of clients is that such a candidate only wants a job at any price and as soon as a more suitable managerial opportunity occurs, they leave.”

Another argument is that these candidates are not flexible enough and may have higher financial requirements.

Sadovská added that the group of overqualified workers may also include those who voluntarily decided on a job with lower requirements because they want less stress or need more time to take care of the family or to pursue non-work-related passions.

Turanová confirmed this, saying that some job applicants with a higher qualification do not have ambitions for steep career growth anymore, but have problems finding work in Slovakia.

“The truth is that there are candidates who no longer have ambitions for a managerial post and are looking intentionally for specialised work in the position of an expert,” said Turanová. “For example, in Austria, nobody is taken aback by this.”