SLOVAKIA may soon join the club of countries that recognise the qualifications of workers who lack the necessary education in their field but have gained the skills in practice. The National System of Qualifications project aims to define the basic skills and knowledge required for certain professions and to allow people to obtain a certificate confirming their abilities. Definitions of the first 1,000 qualifications should be published next October. 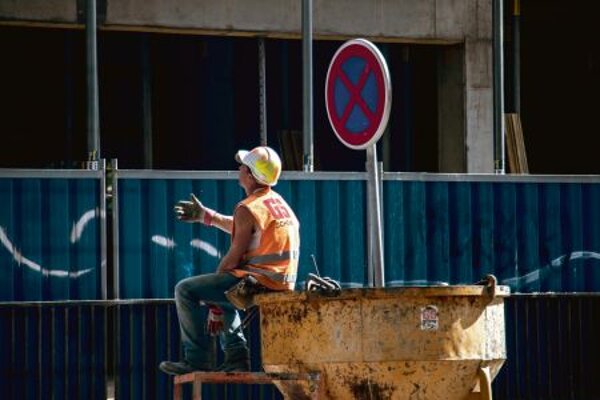 SLOVAKIA may soon join the club of countries that recognise the qualifications of workers who lack the necessary education in their field but have gained the skills in practice. The National System of Qualifications project aims to define the basic skills and knowledge required for certain professions and to allow people to obtain a certificate confirming their abilities. Definitions of the first 1,000 qualifications should be published next October.

Employers welcome the initiative, stressing that Slovakia is one of last countries in the European Union to lack such a system.

“It is an important tool to keep the competitiveness of our economy via more quality graduates,” Martin Hošták, secretary of the National Union of Employers, told The Slovak Spectator.

Branislav Masár, executive director of the Federation of Employers’ Associations, added that the project will create “a transparent system which will provide employers, schools and other subjects involved in education with trustworthy information about the qualifications needed in the labour market”.

One benefit of the new system is that it will allow people to obtain a certificate confirming their qualifications even though they lack the education, both Masár and Hošták said. This means that, for example, a person who went to school to become a baker but has been working as a bricklayer for some 10 years will be able to ask for a certificate enabling him or her to find a job in a construction company.

The qualifications system will also help synchronise the needs of the labour market with school curricula and simplify the recognition of qualifications in other EU member states, Masár and Hošták stressed. This will be possible via the National Qualification Framework project, which should interconnect the Slovak qualification system with systems in other EU countries.

“There is no case in which the system would not be useful,” Alexandra Junášková from the State Institute for Vocational Education (ŠIOV), responsible for preparing and implementing the qualifications system and the qualifications framework projects, told The Slovak Spectator. She added that this relates both to obtaining information that people should know, both theoretical and practical, and information about the number of years of hands-on work they need, where they can take the test to obtain the certificate and who will be authorised to administer the testing.

The qualifications system should not substitute for an official education. It should only connect it more closely to the labour market, the ŠIOV press release issued on April 15 states.

Schools, employers and experts to cooperate

In order to reach this goal, education experts and employers are to collaborate on creating the definitions of qualifications that will correspond to the market’s needs, according to the ŠIOV website.

The institute expects that altogether 1,200 representatives of employers’ associations, chambers, trade unions and other professional organisations, as well as experts in the labour market, vocational education and the life-long education system, will be involved in preparing the qualifications system, according to the press release.

Employers, state administration representatives and teachers will set qualification and evaluation standards so as to assess people’s qualifications. The testing will be done by committees composed of representatives of professional associations, as well as teachers. Applicants will have to prove both theoretical and practical skills in the given area, Junášková explained.

While in the first few years there may be only dozens of applications for certificates, this may increase to hundreds or even thousands of applications in further years when people become more familiar with the system, Junášková expects.

The whole qualifications project will cost some €24 million, most of which will be financed through EU structural funds.

A serious obstacle to the project’s successful implementation is the relatively short period of time allotted for its launch and a lack of specialists involved with its planning, Danica Brendzová, head of the office of the Swiss-Slovak Chamber of Commerce, told The Slovak Spectator.

The disharmony between education and labour needs is a problem frequently highlighted by foreign chambers active in Slovakia. Companies from German-speaking countries, which have considerable experience with dual education systems, have launched several projects to help young people acquire more experience during their studies.

The Austrian Economic Chamber (WKÖ) and the Slovak Education Ministry signed a memorandum of understanding on February 12, 2014, setting the framework for mutual cooperation in the area of dual education. Moreover, the WKÖ, the business department of the Austrian Embassy and Austrian companies active in Slovakia have launched projects aimed at implementing a dual education system to help secure experts, said Martina Krišková, project manager from the business department of the embassy said.

The Swiss-Slovak Chamber of Commerce is also monitoring the situation in vocational education. It welcomes the Slovak-Swiss project run by ŠIOV that focuses on students at vocational schools and their preparation for the labour market, which is supported from Swiss funds, Brendzová said.

The Hospodárske Noviny daily wrote in mid-April 2013 that the cost of the National System of Qualifications project could be lower if Slovakia used the catalogue created by the Czech Education Ministry. The daily cited former education minister Eugen Jurzyca, who said that the Czechs offered their system to Slovakia for free, and that would be minimum costs for its implementation. These activities were, however, stopped when the Iveta Radičová government fell in late 2011, the daily wrote.

Hospodárske Noviny also reported that the price of the Slovak project was exaggerated. In this respect, opposition MP Miroslav Beblavý unsuccessfully asked to halt the project’s preparation and to re-assess its budget and content in order to decrease the price and take something from the Czech system, if possible, the SITA newswire wrote back in May 2013.

Junášková said that she has not seen any such agreement, nor has she seen any reports about the negotiations. Moreover, nobody has confirmed the existence of the agreement yet.

She stressed that the system of qualifications exists in some specific environment. It is not only a description of knowledge and skills, but it is also related to the country’s education system and legislation. Therefore, the idea of taking the Czech qualification system and paying only for translating and changing some of the text is not sufficient.

“Our aim is not to fulfil some condition or task from the European Commission, which would change nothing, but to start changes that everyone is talking about,” Junášková said.