Rivalry in times of threat

THE STORY of the clock tower in Banská Bystrica is an interesting example of how even when faced with imminent danger, people won’t put their plans on hold. 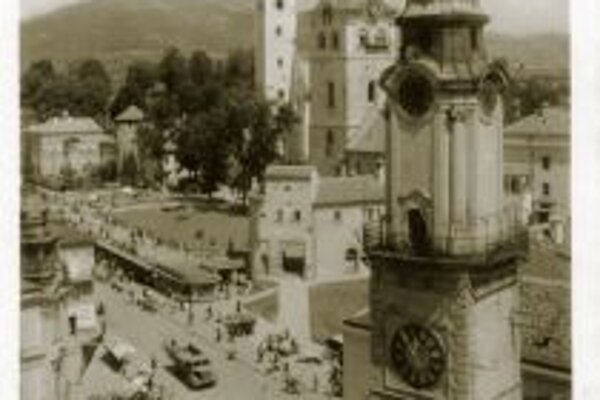 The tower was built in 1552, when the city was faced with the threat of an Ottoman invasion. The Ottomans were lured to central Slovakia by the region’s mining towns. Enormous wealth was hidden behind these towns’ defensive walls, and they were far away from Vienna or other imperial army forces that could help defend them. Thus, the region’s towns were left to defend themselves, which is why they were often heavily fortified.

Banská Bystrica’s residents, however, were apparently more concerned about their city clock. While nearby towns Banská Štiavnica and Kremnica each had two city clocks, Banská Bystrica had only one - and a poorly functioning one at that. Though the city could have simply replaced the clock, the council decided to build another clock tower instead, arguing that the existing clock could not be seen from everywhere.

Neither the construction nor the operation and maintenance of the clock tower were cheap. The city paid a clock administrator on a weekly basis to maintain, guard and set the clock. In the following centuries the tower burned down several times, but the people of Banská Bytrica’s replaced it each time.

Even though the demanding and repeated construction of the tower seems to have been pointless, it did play a role in defending against the Ottomans: a platform near the top of the tower was used by guards to patrol the area and warn against approaching invaders.

We can see the clock tower with two other towers just behind it in this World War II-era postcard.