SLOVAKIA is prepared for all possible scenarios in the event that Russia turns its gas taps off for Ukraine over unpaid bills, Prime Minister Robert Fico said on May 23 after a special session of Slovakia’s security council, which looked into a possible gas crisis coming on the heels of escalation of Russian-Ukrainian tensions. 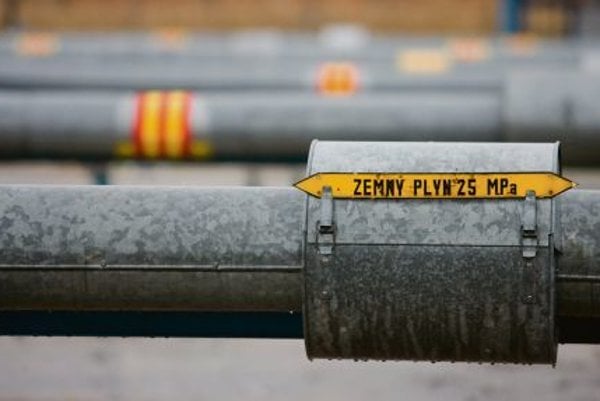 SLOVAKIA is prepared for all possible scenarios in the event that Russia turns its gas taps off for Ukraine over unpaid bills, Prime Minister Robert Fico said on May 23 after a special session of Slovakia’s security council, which looked into a possible gas crisis coming on the heels of escalation of Russian-Ukrainian tensions.

“It is very probable that on June 1, 2014, Gazprom will stop supplying gas to the Ukrainian market for Ukraine’s domestic consumption,” Fico said, as quoted by the TASR newswire, adding that “it however does not mean that this gas should not continue to transit through to Slovakia and then to western Europe”.

After attending an informal summit of EU prime ministers in Brussels on May 28, Fico returned to the issue of Russian gas supplies to Slovakia via Ukraine by making a reference to the gas crisis that Slovakia experienced back in 2009.

Assessing Russian-Ukrainian relations pertaining to gas is, according to Fico, difficult, because Ukraine in 2009 “brutally fooled us [Slovakia]”, the SITA newswire reported.

“They did not help us and speculated to the very last moment,” Fico said, as quoted by the public service Slovak Radio on May 28. “We know that Ukraine was ready and stole the gas, which went by transit through Ukraine towards Slovakia and western Europe.”

According to the Sme daily, Fico was likely referring to developments which saw Ukraine, after Russia halted its own gas supplies, use the remaining gas for its own consumption.

However, now Fico considers it key that an agreement is reached between Gazprom and the respective Ukrainian companies. Fico also believes that even if in the upcoming period gas supplies are cut for Ukraine, transit for others will continue, SITA reported.

In January 2009, the gas crisis began after Russia cut gas supplied to Slovakia and other European countries via Ukrainian pipelines as part of a price dispute with Ukraine. Government restrictions put in place on January 6, 2009, required large commercial customers and businesses in Slovakia that had an annual contracted gas consumption exceeding 60,000 cubic metres to reduce their usage.

Slovakia’s gas-driven economy returned to a normal pulse on January 19 when the country began receiving natural gas via the Czech Republic, using a route which bypassed Ukraine, thus allowing usage restrictions to be lifted. Soon after the re-routed gas started flowing, a Russian-Ukrainian agreement was finally reached and deliveries began again along the normal routes via Ukraine on January 20.

When asked by Sme whether these attitudes are part of pushing for Slovakia’s interest in relation with Russia, Marián Majer of the Central European Policy Institute said in an interview that “from the very beginning it [the attitudes] is hiding behind the economic interest not to harm through sanctions economic growth or stability in Slovakia. It is questionable whether this is the real interest.”

At the informal summit, EU leaders also agreed on preserving a “reasonable approach” to economic sanctions against Russia. However, the issue of sanctions is still alive, for imposing them a so-called “red line” would have to be crossed. Since the recent Ukrainian presidential elections were respected the world over, even by Russia, so far this line has not been crossed.

According to Fico, this corresponds with Slovakia’s national interests, as tough economic sanctions against Moscow would “significantly harm Slovakia’s economy”, SITA reported.