ALTHOUGH women live longer, are healthier and according to statistics often exercise greater caution than men, a new EU directive means that both genders pay equally for insurance. Companies in Slovakia had to adapt to the directive authorised by the European Court of Justice and are no longer able to use gender when calculating insurance premiums or benefits. 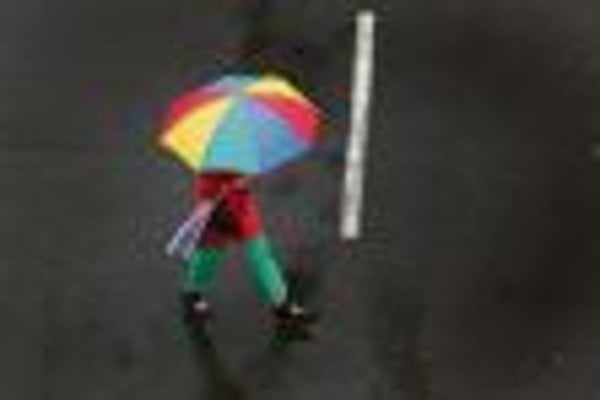 ALTHOUGH women live longer, are healthier and according to statistics often exercise greater caution than men, a new EU directive means that both genders pay equally for insurance. Companies in Slovakia had to adapt to the directive authorised by the European Court of Justice and are no longer able to use gender when calculating insurance premiums or benefits.

“Implementation of the ban on using gender as the decisive factor when calculating insurance premiums and benefits has caused changes in prices of products, especially in the area of life insurance and partly also in non-life insurance, for example, motor hull insurance,” Miroslav Čamek from the Slovak Insurance Association (SLASPO) told The Slovak Spectator.

Though there were increases and decreases in rates according to the various product types, according to Čamek, the overall impact of the gender directive on clients is negative because the price increases are not compensated for by decreases. Čamek ascribes this to a new risk of anti-selection between the two genders, which occurred only after the introduction of unisex rates. When different rates existed, it was not necessary to take it into consideration. But what Čamek sees as the biggest and most negative impact is the moral hazard and disturbing the balance between the real risk, which the client represents, and the insured sum.

According to the European Commission, the difference in insurance between genders was not compatible with the principle of equal pricing for both genders. This is part of EU gender equality rules and violates the Charter of the Fundamental Rights of the European Union.

The resulting changes in insurance premiums differ between individual insurance companies.
“But in some cases prices for women increased by 30-40 percent,” Jozef Fronc, product analyst at OVB Allfinanz, told the Sme daily in mid November.

Insurance rates have increased for women, and those interested in life insurance have to tolerate higher insurance payments for the same risk in comparison to the time before the unisex rate rules, Branislav Jendroľ, the director of the product management department and the analytical center OVB Allfinanz Slovakia, told the Hospodárske Noviny daily in January 2013.

Allianz-Slovenská Poistovňa and Generali Poisťovňa confirmed that in general insurance premiums for women have risen.

“In some cases this could be a change amounting to a few percents, but in another case even by 20 to 30 percent or eventually also to almost double-price in comparison to the previous price,” Lucia Makayová, spokeswoman of Generali, told the Pravda daily last year.

Even though insurance companies did not welcome the directive prohibiting the use of gender, they have adapted to the new conditions.

At Allianz–Slovenská Poisťovňa the new rules affected prices of insurance policies in both directions.

“Risk products were the most affected by this directive,” Gabriel Tóth of Allianz–Slovenská Poisťovňa told The Slovak Spectator. This means that insurance against accidental death, critical illness insurance, disability insurance or hospital stay insurance underwent the biggest price re-calculations. On the other hand, accident insurance was not affected by the new rules.
When setting a new strategy, Generali scrutinised the differences in behaviour between men and women.

“One of the key findings is a significant difference in setting the insured sum, which may be linked with various needs of risk coverage,” Makayová of Generali told The Slovak Spectator.

Compared with the previous year, prices of whole life insurance, serious illness insurance and disability for women increased. On the other hand, prices for men decreased.

ING Životná Poisťovňa life insurance has adopted a new kind of risk, the risk of the gender within the portfolio mix, which is reflected in prices of insurance policies for both genders.

“It is possible to say that the directive affected all products in which the factor of gender was taken into consideration, for example, death, diseases,” Dušan Quis, the general director of ING Životná Poisťovňa, told The Slovak Spectator.

The directive has not affected the prices of some types of accident insurance policies in which the factor of gender did not play a role in the past, he added.

Insurance companies reported more interest from women in purchasing life insurance policies, but they do not report any significant changes in men’s or women’s interest in life insurance since the new rules went into effect.

“The clients did not stop considering their decisions about insurance based only on its price,” said Tóth of Allianz–Slovenská Poisťovňa, adding that they are still taking into consideration their financial needs in cases endangering their financial stability, like accident or illness.

At Generali the introduction of unisex rates has not changed its portfolio.

“This fact is linked with differing needs of women and men,” said Makayová. “Men have higher insured sums in whole life insurance and also more men purchase this insurance product. This is probably because other members of the family depend especially on their income.”

Insurance companies have tried to compensate for some price increases with other incentives.

Some insurance companies offer different products targeted to women or men, but now if they have to sell a product designed for women they must also do so for men, the Trend weekly wrote.

For example, MetLife Amslico, the third biggest life insurer in Slovakia, has selected out individual risks for both genders and began to offer two different insurance policies, Eva Plus and Adam Plus. Both focus on critical illnesses specific to the individual genders.