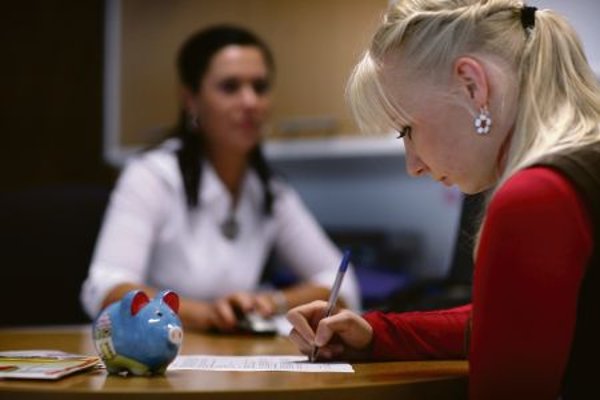 THE LITERACY rate in Slovakia is around 99 percent, but when it comes to financial literacy the situation is far from rosy. According to surveys, most Slovaks do not make any long-term financial plans, they do not know how much they earn and spend per month and do not create any financial reserves for bad times.

“In general it is possible to say that Slovaks have a relatively bad approach to managing their own and family budget,” Jana Mokráňová from the Partners Foundation said, as cited by Investujeme.sk. “It is either missing completely or it is an approximate level.”

A survey about financial literacy by the Focus polling agency conducted for the Partners Foundation last August showed that as many as three-quarters of Slovaks do not make any long-term financial plans, and more than one-half do not have an overview about their monthly earnings and expenses. Some 85 percent of Slovaks are not able to create a sufficient financial reserve.

“Financial literacy in Slovakia is very low,” Mirina Hochelová, a psychologist, told the Pravda daily. “It would be suitable if children already in school learn to understand money.”

A child has a natural interest in money beginning at age 6 or 7, but they begin to realise its real value only around 10 to 12 years old, according to experts.

The main responsibility for developing a child’s financial literacy is split between the school (state) and parents. The state realises the importance to teach children to understand money and how to manage it. In 2009 it introduced the National Standard of Financial Literacy, setting the level of knowledge, skills and experiences that not only pupils but also teachers should have. But the report about the situation of financial literacy in education showed that education in this area is not at an optimal level and that it needs to be more effective.

One of the ways parents can teach their children to understand the value of money is by starting out with pocket money. They can choose whether to give it directly to their kids, or deposit it in a bank account. There are several banks in Slovakia offering special accounts for children.

Hochelová says it is appropriate to give children their own money for their own use only at around age 10.

“But it is still necessary that the parent has an overview on what the child is spending the money on so that he or she can teach it to save for a longed-for thing,” said Hochelová. “Simultaneously, it is necessary to discuss this with children and guide them.”

Banks in Slovakia offer children’s or junior accounts, which can be established by parents.
“The interest of clients, parents, is high,” Tatra Banka spokeswoman Marína Masárová told The Slovak Spectator. “They perceive the children’s account especially as an instrument by which they teach their kids to obtain a feeling of independence and responsibility.”

This enables parents to teach their children the value of money, while parents can see what their child spends money on via internet banking and thus help keep their child’s finances under control.

“The necessary formalities which are needed to create this bank account are only an ID card of the parent and a birth certificate of the child,” said Eva Čonková, the marketing director of Prima Banka.

A child can be anywhere from 0 to 15 years old for a parent to establish a children’s bank account. Afterwards, the account usually transforms into a junior or student’s account.

“Parents can open the account for the newborn kids, there is no age limit,” Zuzana Eliášová, spokeswoman for ČSOB Finančná skupina, told The Slovak Spectator. “We did not want to limit the bottom level.”

At the request of parents, Tatra Banka has lowered the age limit from six years and enables them to establish the account immediately after the birth of the child. Prima Banka also offers a children’s account from birth.

VÚB Banka and Slovenská Sporiteľňa chose a slightly different approach and enable such accounts for children between 8 and 15 years.

“From the bank’s point of view, a child of 8 or more years old is sophisticated enough to use bank products, including, for example, a debit bank card,” VÚB spokeswoman Alena Walterová told The Slovak Spectator.

The services banks provide within children’s accounts are limited compared to standard bank accounts, but they usually include issuance of a debit bank card and the ability to deposit money to the account and make cash withdrawals. Fees are usually lower and banks also offer advantages, like better interest rates.

Banks themselves see financial education and eradicating financial illiteracy as one of problems that need addressing.

Even though the biggest bank in Slovakia, Slovenská Sporiteľňa (SLSP), is not offering children’s account directly as a product, it organise projects aimed at the improvement of financial literacy among youth. It has supported financial education for nearly 10 years and has two online projects, ‘Hra milión’ (the Game Million) and ‘Cvičná banka’ (training bank) and it is a partner of projects ‘Myslím ekonomicky’ (I think economically) and ‘Poznaj svoje peniaze’ (Let’s know your money).

Slovenská Sporiteľňa spokeswoman Marta Krejcarová told The Slovak Spectator that they launched the Game Million in 2011 and since this time they prepared three competitions of which one was for the general public and two for secondary school students.

The training bank, within which a student becomes a banker, was launched in late 2012. During the last school year over 70 secondary schools joined the project, according to the bank.

SLSP organises the project ‘Poznaj svoje peniaze’ in cooperation with the Children of Slovakia Foundation. This non-profit organisation has had projects focused on financial literacy in Slovakia since 2001. The other project is ‘Škola rodinných financií’ (the school of family finances), and they claim that the increase of financial literacy goes hand in hand with the personal development, said Martina Slušná, spokeswoman for the Children of Slovakia Foundation. Another non-profit organisation organising financial educational project is Junior Achievement Slovensko, for example ‘Viac ako peniaze’ (More than money), which it organises in cooperation with the Slovak Banking Association.